For Tanya Lee, it all comes back to communication. “It helps me to help the people I work with when they communicate more,” Tanya said. “When they speak to others, it helps them too. They get frustrated when they can’t express themselves. When they get frustrated, I want to have them talk through why.” Tanya is a Community Support Professional at AHRC New York City’s Far Rockaway Day Services, where she has been working for a little over two years. It is not her first experience assisting people with disabilities.

“I had done similar work probably in high school,” Tanya recalled. “It was more teenagers than adults like I do now. I got very close with one individual who told me how they communicated with each other, including non-verbal people. She taught me how to communicate with this population.”

Tanya’s emphasis on communication skills has paid dividends for the people she supports. It has led to a number of exciting volunteering and educational opportunities. “We go out a lot in the community. That was a goal of mine that we have been trying to transition in to,” said Tanya. “I want to teach them how to communicate with our community in a positive way.”

Tanya’s group assists seniors and staff members at their local JASA center on Beach 19th Street in Far Rockaway on Mondays, Wednesdays, and Fridays. “Volunteering helps them learn to organize and count. They bag punches, put two tea bags in each bag, washing the fruit. When they finish, they clean up.” The group’s efforts are clearly appreciated at JASA. “The center gave us an appreciation luncheon one time!” Tanya beamed. “It was a chance to integrate with all of the seniors.” 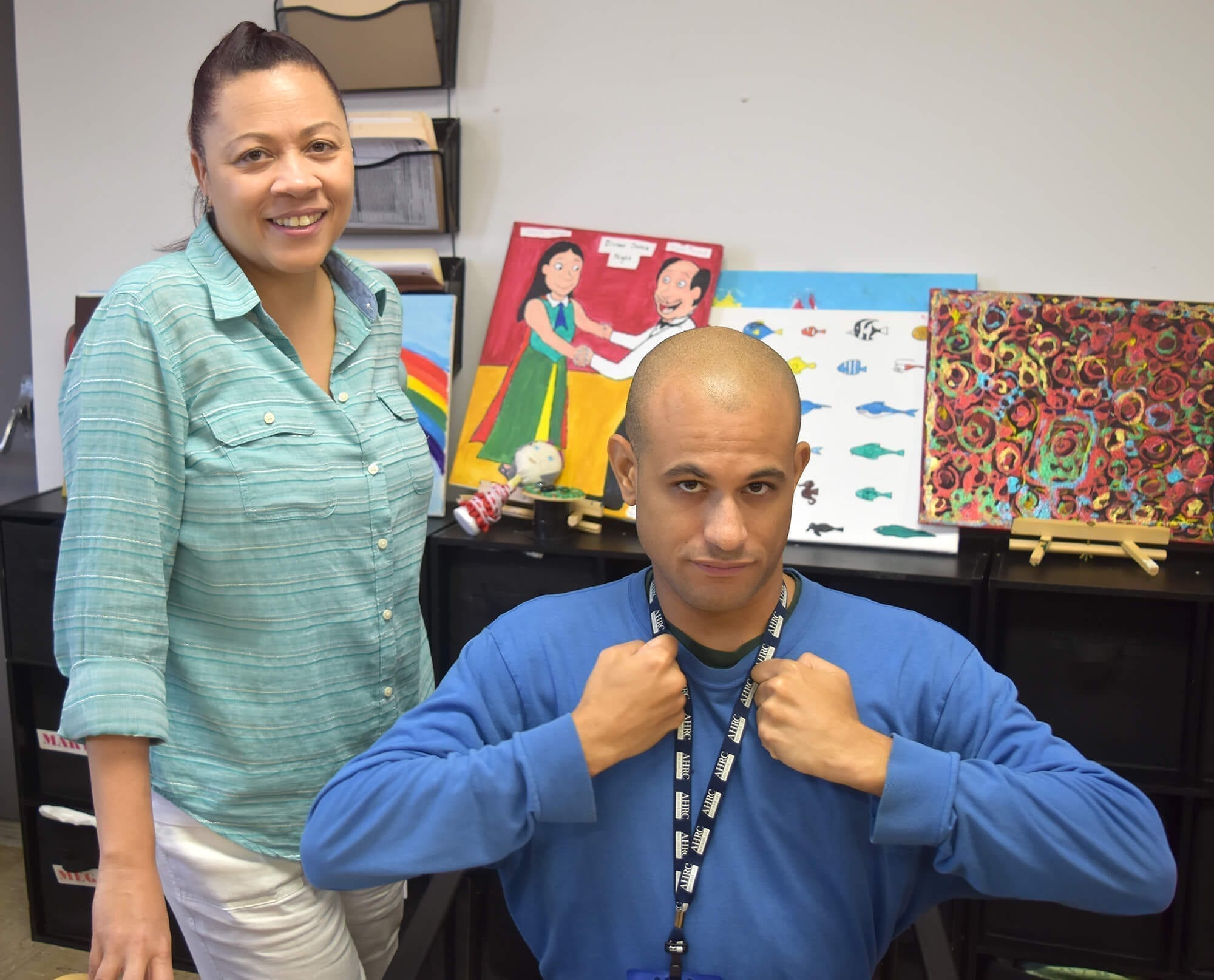 Jesse Perkins excitedly spoke of the times that Tanya has accompanied him and others to Gallop NYC, an organization that provides equine therapy. Jesse explained all that he had learned about his new four-legged friends. “The horses sleep standing up,” Jesse said. “We don’t go behind the horse when we walk because they can kick. We sweep and we rake in the barnyard. Horses are magnificent.”

“When You Love What You Do You Can Do Amazing Things”

Renika Jeffrey, Director of Far Rockaway Day Center, said that she could think of no better person to highlight for Direct Support Professionals Recognition Week. “Tanya is one of those staff that she’s always dependable. She’s always willing to organize efforts in the community. There’s no limitation to finding possibilities for the people we support. Tanya has a great relationship with her co-workers. She loves what she does, and when you love what you do you can do amazing things,” Renika said.

Tanya said she takes great pride in seeing her efforts to improve communication play out on a daily basis. “More people are coming to them and talking to them. They’ll go sit down in groups and talk with each other. I’m getting them to be more confident in themselves. With another person cheering them on, they will at least try new things.”