For the 6th consecutive year, AHRC New York City’s Educational Services collaborated with Delta Airlines, the Port Authority of New York and New Jersey, (PANYNJ) and the Transportation Security Administration (TSA) to hold Wings for Autism ® at LaGuardia International Airport.  Introduced by The Arc over a decade ago, Wings for Autism ®  is an airport rehearsal specially designed for individuals with autism spectrum disorders and individuals with intellectual/developmental disabilities. The program is intended to alleviate the stress that families who have a child with autism or intellectual/developmental disabilities experience when flying. AHRC NYC brought approximately 20 families of students who attend its schools to the airport where they practiced receiving boarding passes, going through security, and boarding an airplane.

“We had a great experience with Wings for Autism,” said Toni Bennet, parent of a student at Brooklyn Blue Feather Elementary.  “My son has experience riding on airplanes but every year there are new challenges. We went with a classmate and that family realized that the windows were something they have to problem-solve around. Who knew – the benefits of practicing?” 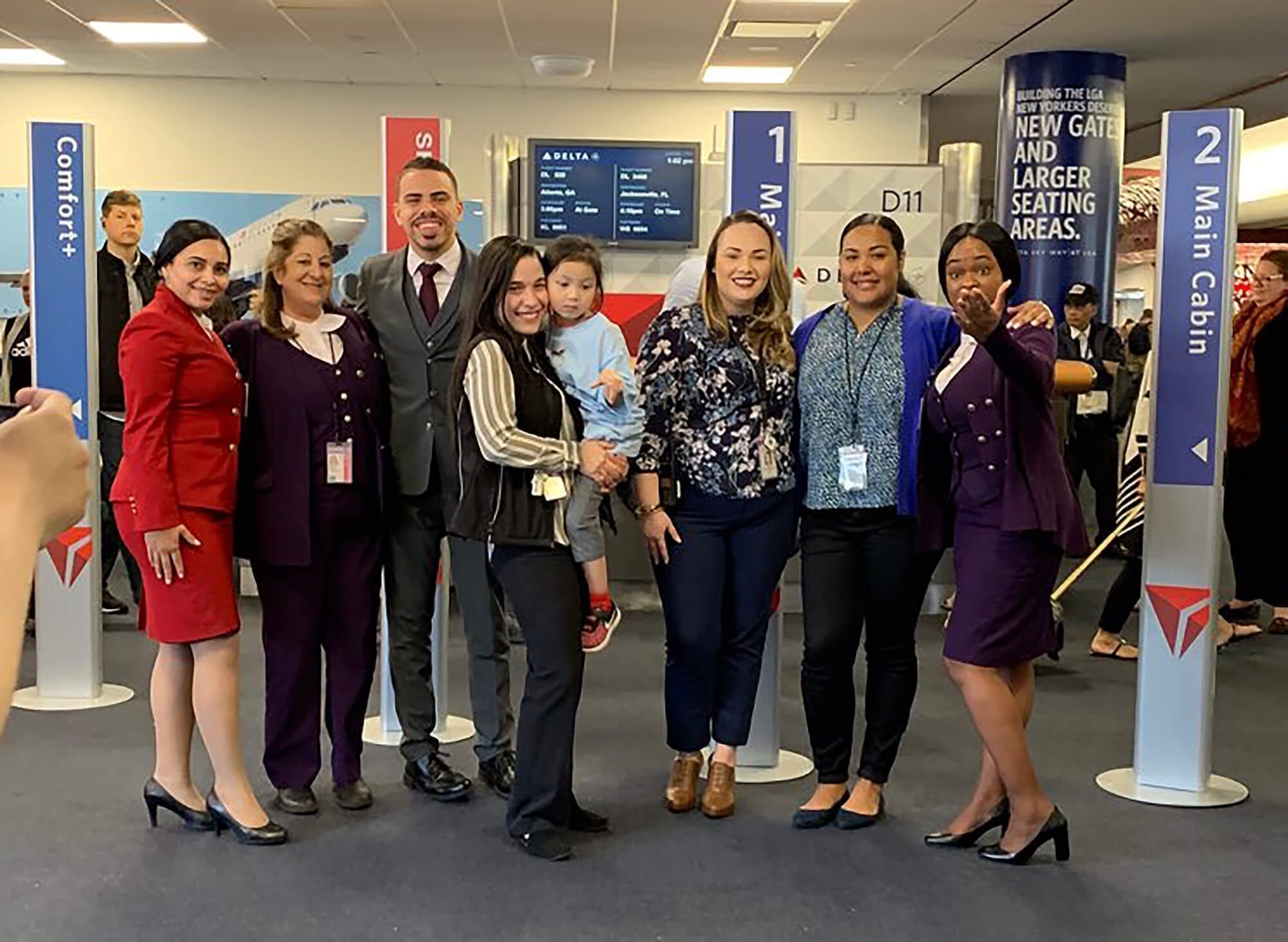 For the 6th consecutive year, AHRC NYC collaborated with Delta Airlines, the Port Authority of New York and New Jersey, and the TSA to hold Wings for Autism at LaGuardia airport.

Students and families were supported by school volunteers as well as Delta and the LGA personnel who dedicated their Saturday to the support of our families.  Assistant Director of Educational Services, John Goodson, wants to recognize Jorge Chuzan from Delta, Veda Simmons and Guy Lainis from TSA, and Keshia-Elaine Johnson from PANYNJ for their contributions.  We hope to continue this important event next year to continue to coincide with Autism Awareness Month.

“This was our first time participating in the event and we all enjoyed it,” said Maria Nero. “Our son, Sethos, loved meeting the captain, sitting on the plane and using the lights with the air traffic controllers. All of the Delta staff were extremely patient and friendly. Thank you so much for such a wonderful event!”

“We continue to emphasize that there are supports and programs in place that can truly help these families access important experiences,” said John after the event.  John will be coordinating another Wings event at Newark International Airport in May with United Airlines.