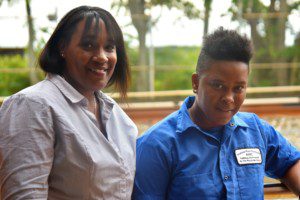 When Lanora Woody or Dustin McNeely has a problem, they know who they can count on. Crucelina Motta LaSalle, their Job Coach, is always a phone call away. “Celina helps me in a lot of ways,” said Dustin before his shift began at the Eltingville Transit Center in Staten Island. “She’s a great Job Coach making sure things are done in the correct way.”

Celina said she has been working as Job Coach for AHRC New York City’s Employment and Business Services – Staten Island for over 11 months. “I worked for UCP prior to this,” she said while observing Lanora work at another MTA facility on Bay Street. “It was a little different because I was used to working with people with disabilities but I had worked in a school setting before. Now I get to travel and I get to be with them all the time. I was at a steady location before so I have had to get used to the buses.”

Celina’s daily commute proves her dedication to her work and the people whom she helps support at their places of employment. She travels from Queens by train to the Staten Island Ferry and then uses public transit to move to various job sites around the borough. “The commute doesn’t really bother me, except in the winter when it snows,” Celina said. “I love the people I work with and I love working with this population.”

Much of Celina’s relatively new tenure has been focusing on developing consistently positive interactions with both the employees she supports and the employers who have hired them. “I’ve been able to build relationships with the employers, which is good in case there are any issues or concerns,” she said. “In the beginning with Lanora, she didn’t know me and I didn’t know her, so there was an adjustment period. But now she’ll call me if she needs anything and she has been much more open to job coaching, not just from me but from anybody.” 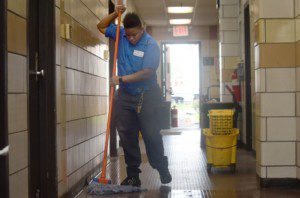 “If I’m doing the vacuuming, she’ll come behind to make sure I pick up the pieces I miss because I can be moving so fast,” Lanora explained. “She makes my job a lot easier.”

Celina is quick to advise Lanora, Dustin, and others she works with about the basics of being a reliable employee. “I’m always reminding them that you have a good opportunity here and a good job,” said Celina. Don’t let it go to waste. And it’s not even big stuff; it’s coming late to work or calling out sick all the time. You have to be responsible and come to work.”

Celina will also help the people she supports in other ways to ensure their personal and professional success. “She has helped me with budgeting and eating right,” Dustin said, especially in regard to managing his diabetes. 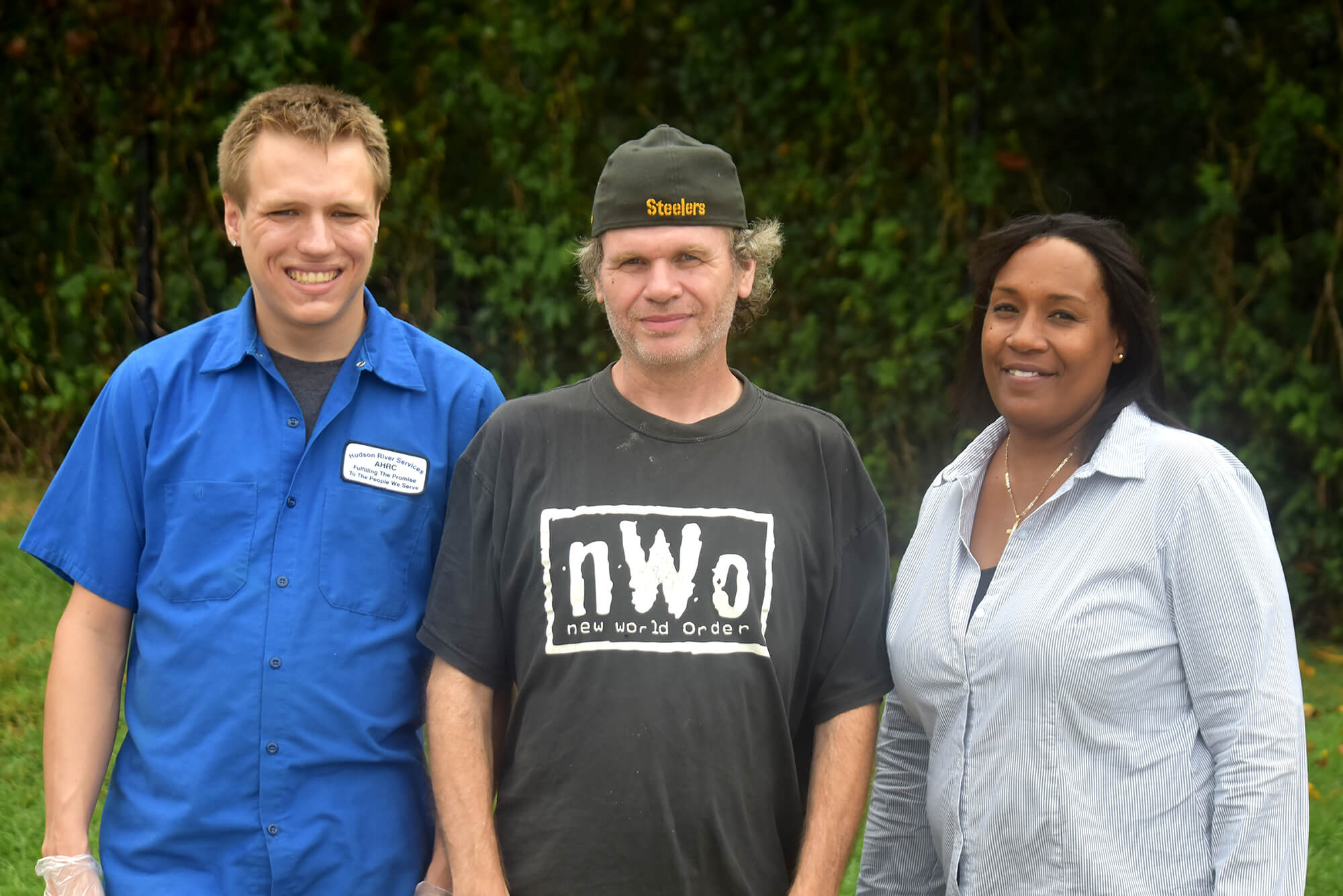 “We’ve been working on that for months,” said Celina. “We’re doing much better at keeping track of what he eats. I bug him all the time about it.” Dustin can definitely count on that.