Residential Services staff members across the city have exhibited courage, grace, and kindness as they support hundreds of people with I/DD during the COVID-19 crisis. Directs Support Professionals and managers have put their personal fears aside in order to ensure the safety and well-being of the residents.

“We are taking everything day-by-day,” said Alexandria Bronte, Assistant Manager at AHRC NYC’s Tysens Lane residence in Staten Island. “Every day has been a new experience. I am not letting the situation stress me out. We have been well-protected with every piece of PPE.”

Alexandria and the staff at Tysens Lane, including Veronica Logan, DSP, are helping the people they support acclimate to the new reality.

“Many of them are used to going to their day programs, so we have had to explain why that is not possible now and find new things for them to do at home,” Veronica said. “We have taught them how to play cards. Some people do arts and crafts. Some days are harder than others, especially the weekends. We are used to going out bowling and going out to eat, and now we cannot go to our normal places. Some of them are used to spending time with their families on the weekend and even that is not possible.”

In Queens, moods and outlooks have improved since the early days of the pandemic. “It was pretty intense early on. The residents have their normal and it was taken from them suddenly,” said Tamika Elysee, who recently promoted to Manager at AHRC NYC’s 194th Street residence. “It was a lot of us in each other’s faces! In the beginning, it was a lot of sitting down and feeling like they were moping around.”

Regaining a Sense of Normalcy

“They are used to going out in the community, sometimes by themselves. Their independence has been taken away,” said Rosemarie Mitchell, DSP. She has taken it upon herself to inform the residents and her colleagues at 194th Street about the latest news updates and reminding them of what they need to do to remain safe and healthy.

“We comfort them by knowing it will pass eventually, especially if we follow the protocols,” Rosemarie said. “If we practice washing hands, wearing your masks when going to the store, changing your clothes if you do have to go out, we should be ok. Now it is a little bit better than when this first started. I feel much safer when staff members go out with them.”

Alexandria also stressed the importance of regaining a sense of normalcy, saying “We’re still trying to keep the same routines whenever possible. We’ve started doing more community walks now. We just have to keep encouraging that we will have better days. It’s not just hard for the residents—it’s hard for us too.”

Tamika is being hands-on with trying to get back into some routines. “One of our guys here loves to go to the bank, as he feels independent with his finances. Instead of him taking the bus, I said I would take you. So now when he feels like he wants to make a withdrawal, he knows to wait for me because I can take him to do his normal activity in a safe way. They get the best of both worlds that way.”

Alexandria has also seen an additional positive come from weeks of indoor living. “We’ve all become closer to each other. When they were at the program, they would come home and do their own thing. Now they are interacting more with each other and with us. It’s a great thing to see.” 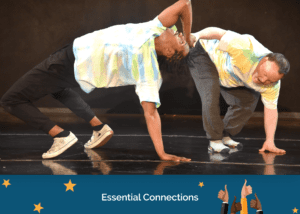 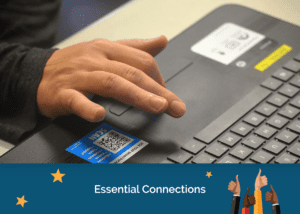 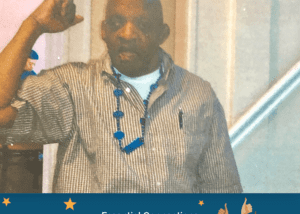