Artists from AHRC New York City’s Fisher Day Services are exhibiting their work for the first time in more than two years as part of In My Feelings, an art show presented in collaboration with Word Up Community Bookshop, a multilingual, collectively operated bookshop and arts space in Washington Heights. The works are featured at Word Up’s Recirculation pop-up shop located at 876 Riverside Drive in upper Manhattan. 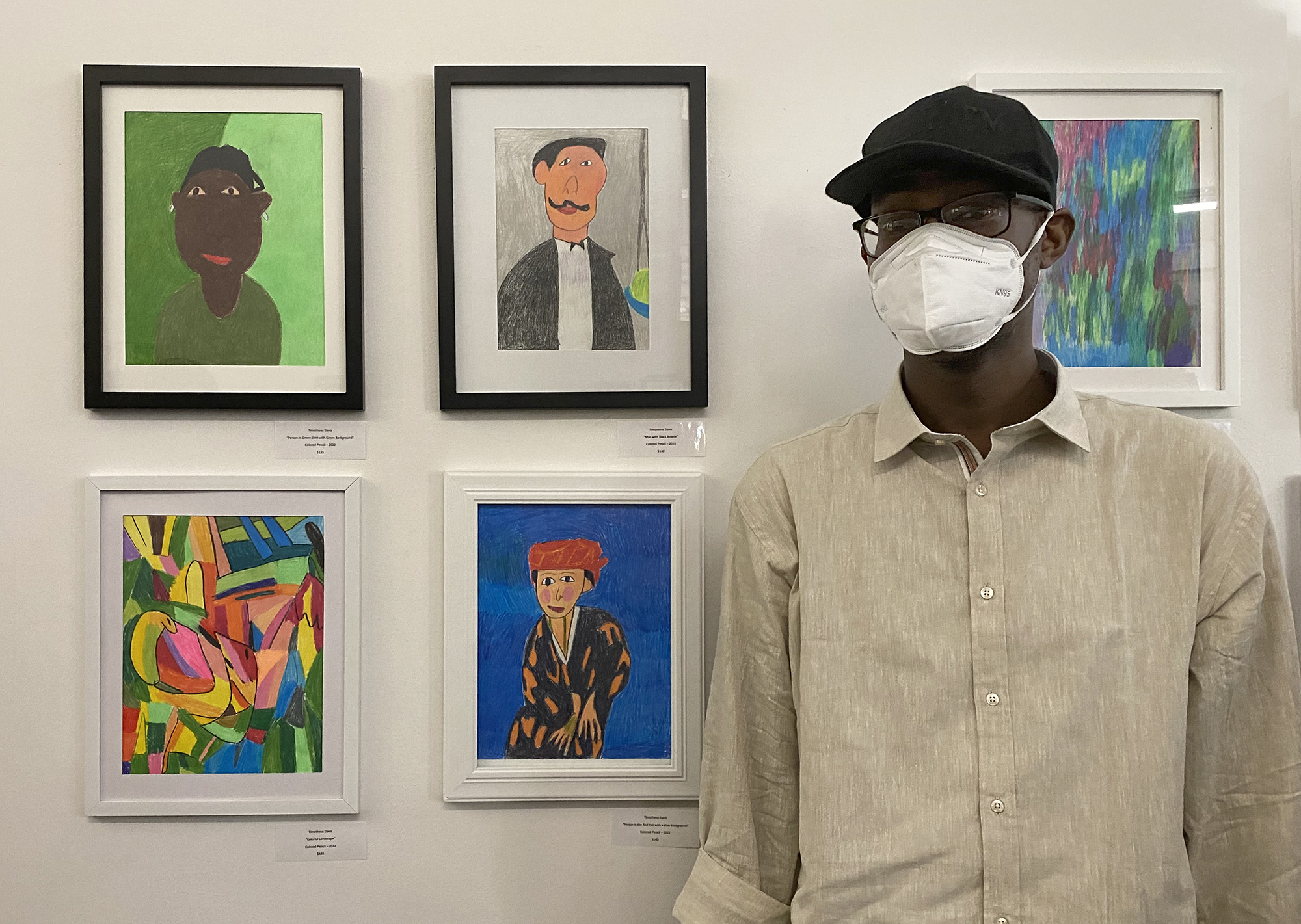 Artists featured include Timotheus Davis, Devona Gamble, Jeffrey Holloway, Oswald James, and Nichole Perez. The work is quite varied, from paintings and drawings to portraits, landscapes, and collages, all showcasing colorful expressions of personality from each artist.

“The theme of the show was a group effort,” said Makai Frazier, a Community Support Supervisor at Fisher Day Services. “The pandemic was something that everybody sitting at home with their thoughts and feelings, so we wanted an exhibit that could reflect that.”

Good Work Based on Relationships 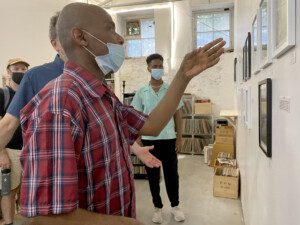 Oswald James shows off his drawings.

Makai said it has been a longtime goal of his to curate an art show. He worked with colleagues at Word Up, where he has volunteered since he was 18, as well as Jon Bunge, an Art Consultant with AHRC NYC, to see the exhibit through.

“Every artist here is so passionate about their work,” Jon explained. He has helped artists to develop their styles and techniques through many years of mentorship. “Someone like Timotheus doesn’t use words as much as others, and so his feelings just come out in his work. It’s very powerful to see.”

Veronica Santiago Liu, the Founder & General Coordinator of Word Up, said that working with AHRC NYC was a natural outgrowth of her bookshop’s mission to support one another to live better informed and more expressive lives. 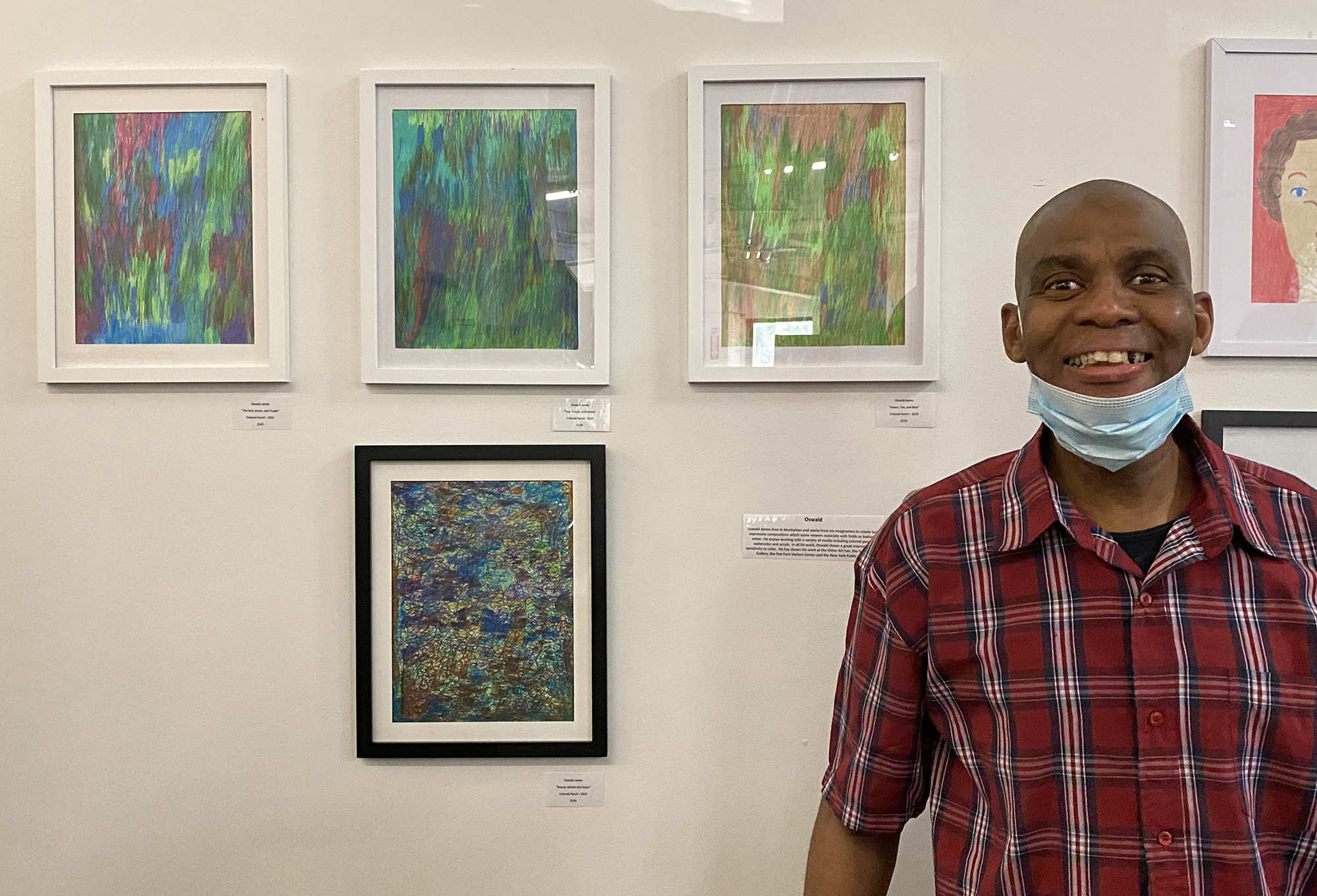 “Community work is based on relationships,” Veronica explained. “I didn’t know about AHRC until Makai. We’ve known him for a long time over different generations of the store. Knowing how he feels about the work that he does and watching it unfold, it feels like a very natural fit to partner with AHRC NYC. So much of what he’s doing is connecting the people in the program with community spaces and activities. We are that space and activity that wants to connect.”

Living in West Harlem, Nichole Perez never feels far from her beloved island home. This is often reflected in her drawings, which feature the color saturation and relaxed movements endemic to Caribbean life. 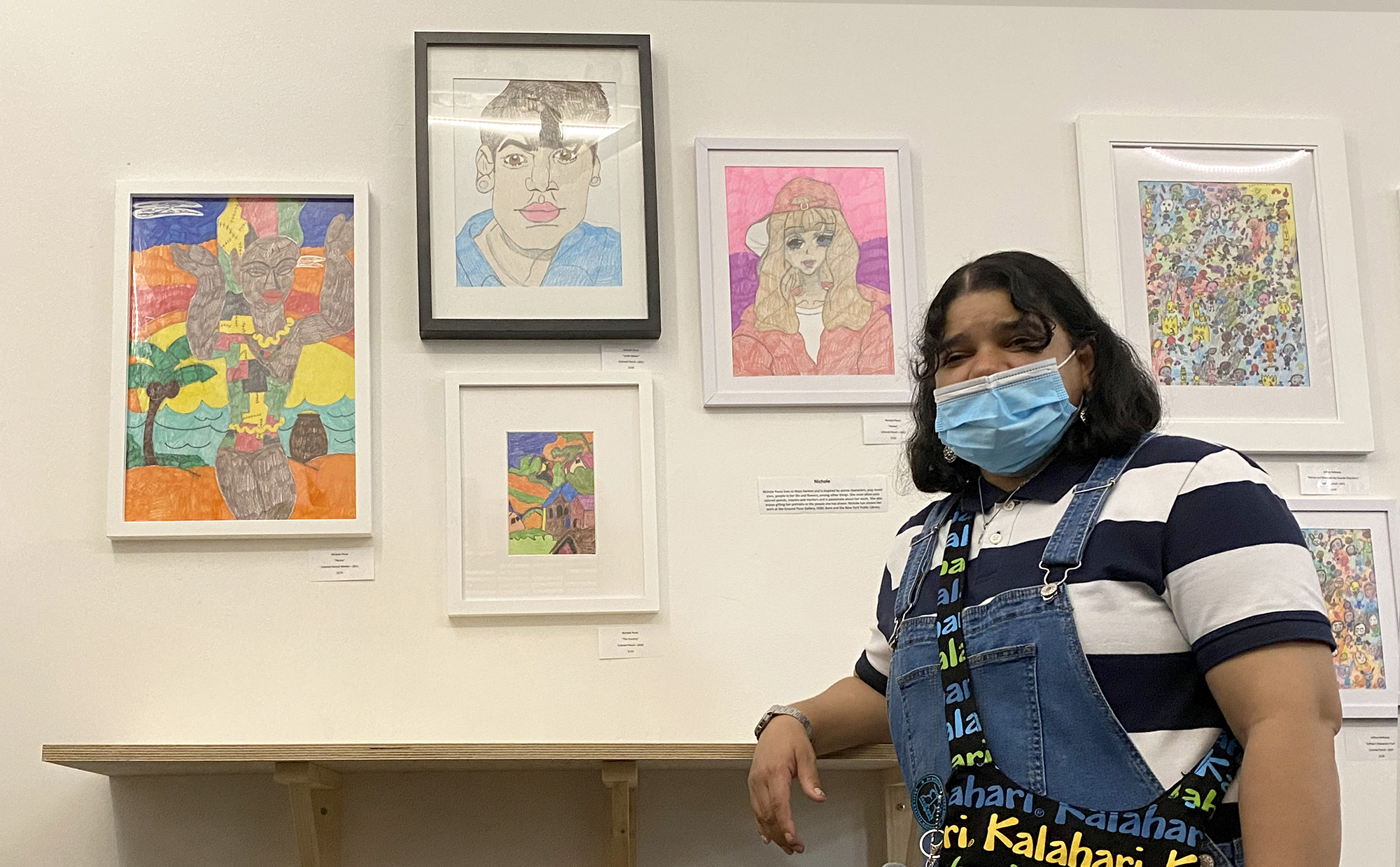 Nichole Marquez shows her love for the Dominican Republic in her work.

“I love to visit the Dominican Republic,” Nichole said. “I love to listen to the music, go to the beach, and eat the good food down there.”

Jeffrey Holloway found comfort during the pandemic by creating colored pencil works that feature some of his most beloved figures from popular culture. 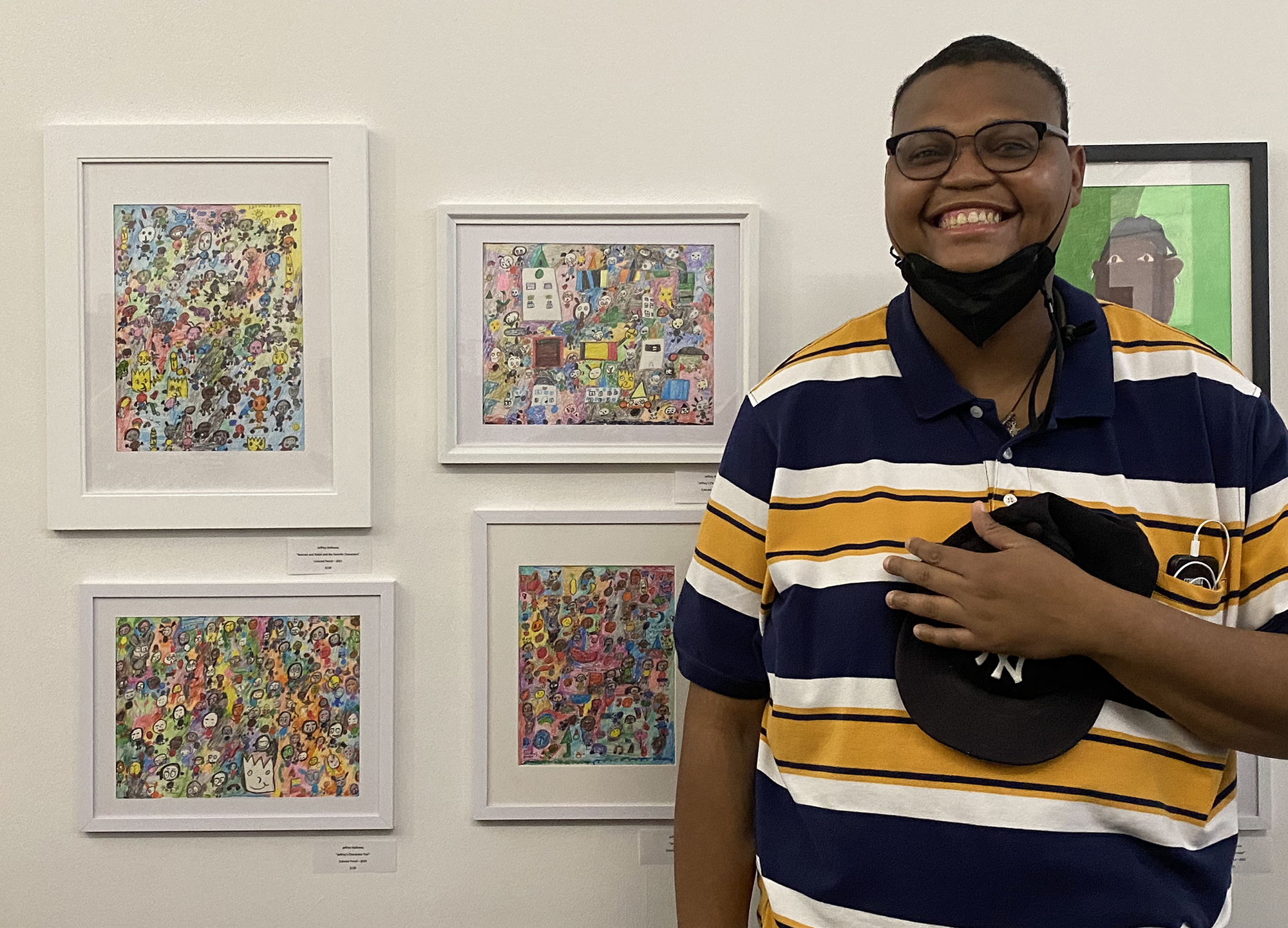 Jeffrey Holloway uses colored pencils to fill the pages with his favorite characters.

“To me, ‘in my feelings’ means being healthy, eating right, and being strong,” Jeffrey said. “I love to draw the characters. I feel happy.”

The joyful feelings were universal. “Seeing everyone come together makes me so happy. This is coming full circle for me,” Makai said. “I’m so happy I could cry.”

In My Feelings is on display until July 27th.