Much of the conversation focused on the upcoming 2022-23 New York State budget, which is expected to be significantly more favorable for I/DD service providers and their staff members than budgets in past years.

“This budget is a great start but that’s what it is, a start. We must find ways to make these changes sustainable,” said Kathy Kelly, Associate Vice President, Family and Clinical Services and Chair of the Manhattan Developmental Disabilities Council.

In addition to calling for sustained support in future budgets, Kathy Kelly commended Governor Hochul for her plans to expand the state’s capacity to provide more employment resources for neurodiverse people.

“[The budget] emphasizes the vision for New York State to become a leader in employing people with disabilities, a vision we share and offer our expertise,” Kathy said.

Kerry Neifeld, the newly confirmed Commissioner of OPWDD, detailed several key budget proposals from Governor Kathy Hochul that will provide funding that the I/DD field has not seen in more than a decade. These included:

Representing the Brooklyn DD Council, Henry Houghton and Janice Bartley gave personal accounts of their experiences with Individualized Supports and independent living on their own terms.

“I’ve lived in my apartment for about 8-9 years. I didn’t have a lot of independence before that,” Henry said. “I love doing the dishwashing and washing my clothes all the time.”

Janice concurred, saying “I wanted my independence, and I knew my parents wouldn’t be around forever. I had total independence for the first time in my life and I loved it. I could even walk around the house naked if I wanted to.” 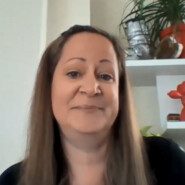 Henry, Janice, and Jennifer Teich, Associate Vice President, Individualized Supports, all supported the plans for an increase in the ISS housing subsidy, allowing people with disabilities more choice in where they want to live. Additionally, Jennifer said the excessive bureaucracy around gaining support services should be streamlined.

“Simplifying the process of self-direction would attract people put off by the amount of work required to maintain services,” Jennifer said.

There was a widespread commendation of the work Direct Support Professionals continue to do across the state. While the budget, Governor Hochul, and legislators have all said they support higher wages for DSPs, service providers and DSPs are urging officials to support permanent increases in salaries. 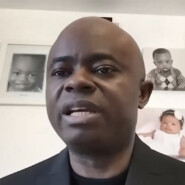 “I love what I do. I love working with the men and women and residences, even though I must work two full-time jobs to support my family,” Michael Iteme, a Direct Support Professional at AHRC NYC’s Laguna Lane residence on Staten Island. “We work no matter the weather, through sickness, and through the pandemic. We need to support the staff who work with people who need a familiar face.”

Michael Weinberg, Vice President, Residential Services, echoed Michael Iteme’s words and added that New York State must address the diverse needs of families. “When I first started, New York State was an international beacon for services. I’d never imagined we’d have to remind people that one size does not fit all in 2022. After a decade of cuts, we’re still in a crisis and we must reverse the trend now. After all, it is only fair, and it is only right.”