George to the Rescue Brings Joy Back to Bloomberg Apartments

The residents and staff members at AHRC New York City’s Bloomberg Apartments in Jamaica, Queens needed uplifting after the COVID-19 pandemic caused so much pain and loss. A past friend of AHRC NYC knew he had to help. George Oliphant and his hit NBC show George to the Rescue remodeled the apartment building’s lobby in an episode that aired on September 20, 2020.

In 2018, George to the Rescue did amazing work at AHRC Fisher Day Center, transforming entire rooms into spaces that celebrated the creativity of the day program attendees and the culture of the center’s Harlem roots. George and his crew were eager to assist AHRC NYC once again after the pandemic hit hard.

“While COVID-19 as tragically altered our world, it is the vulnerable communities that have been hit the hardest,” George says in the opening of the episode. “But thankfully, there are heroes that are emerging every day.” 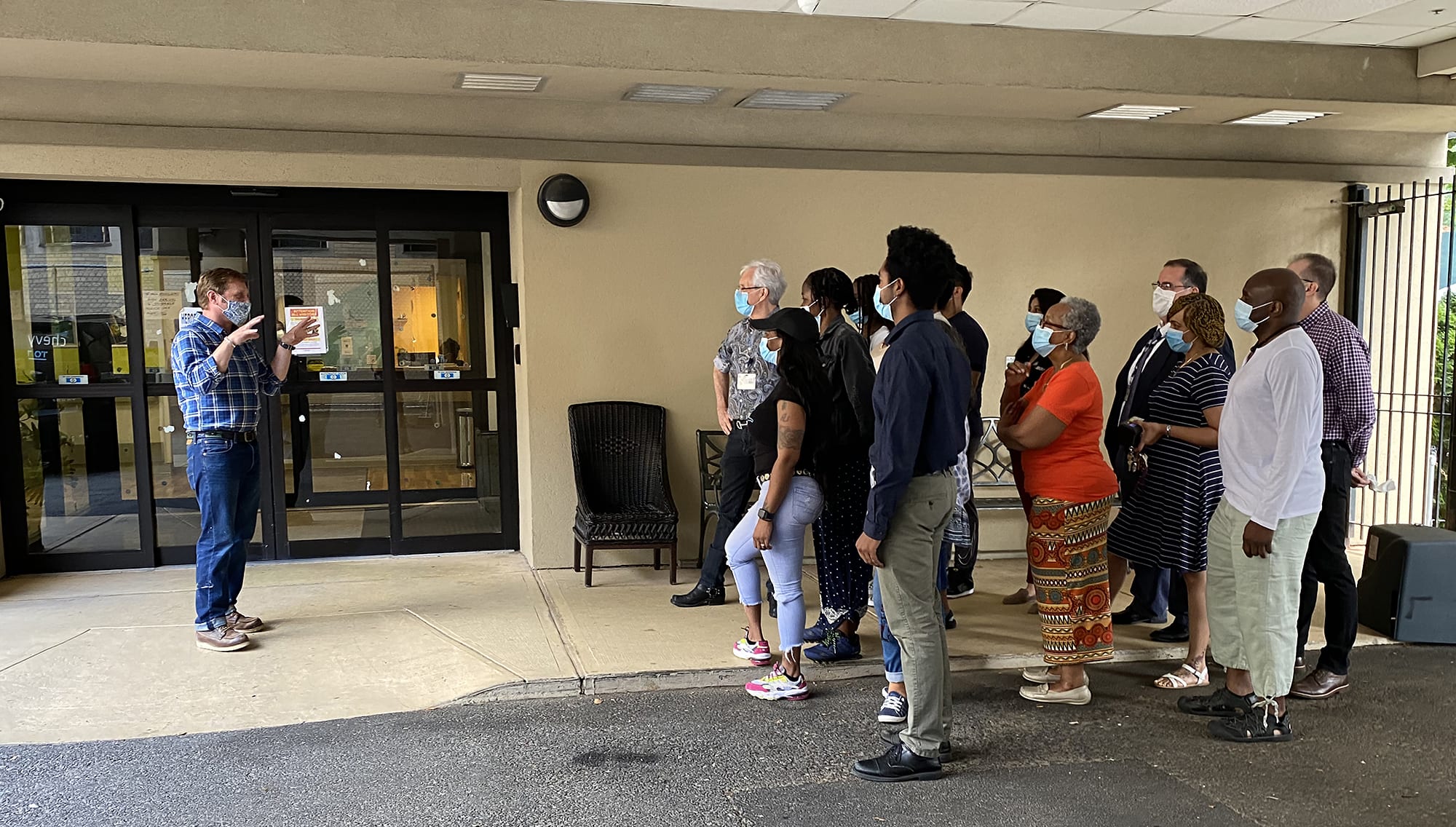 The heroes at Bloomberg Apartments look after people with intellectual and developmental disabilities that require 24/7 nursing care. This population is especially susceptible to serious complications from COVID-19. The virus tragically took the lives of multiple Bloomberg residents. 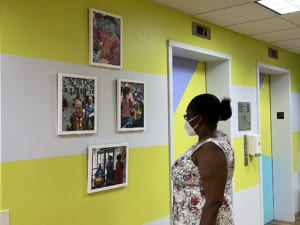 “We went through some really tough times here at Bloomberg and we are still trying to get back from that. This is a very resilient place,” said Ana Bonilla, Assistant Director of the residence.

George and his team wanted to brighten the lobby space by using warm yet striking colors. They got inspiration from original artwork from residents such as Claude Prophete. The team also sought to bring in scenes from the local neighborhood to give the lobby a true sense of welcoming and home.

“It’s livelier, friendlier, and more inviting,” said Julie Thompson, a Direct Support Professional who often works at the front desk with the nurses. “The residents like it more because they see their pictures on their walls, the colors, their art on display. It’s uplifting and cheerful to me.” 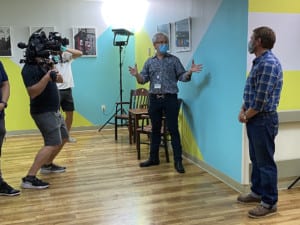 Bryan Corbin, one of the Residence Managers, agreed with Julie, saying “This is a beautiful thing to happen for the residents, especially in this time of COVID-19. This new space brings, to me, new possibilities. It brings together all the warmth in this building from all the people that work and live here.”

Craig Becker, Associate Director of Residential Services, said that the transformation of the lobby was a longtime dream of his that George brought to reality. “They came in and instantly asked for our opinion. We said that we’d like to bring the community into the building, and that is exactly what they did—photographs, colors of the neighborhood, it’s all terrific.”

“I think the entire staff will find uplifting, energetic, and just hopeful after going through such a tough time,” Craig continued. “We couldn’t be more grateful to George to the Rescue.”