Amy West doesn’t just say, “Good Morning”. She often sings it, in reference to the songbook standard from Singin’ in the Rain, bellowing throughout the 11th floor of AHRC New York City Headquarters. Her lifelong passion for musical theater is still intact, and her past experiences auditioning for Broadway shows has influenced her career and work philosophy.

“You’re standing on a stage just singing by yourself,” said Ms. West, who is now in her seventh year as Chief Financial Officer at AHRC NYC. She auditioned for Annie, 42nd Street, and for legendary choreographer Bob Fosse many years ago. “It inspires risk-taking and self-confidence.”

Ms. West was recently on the panel for the Nonprofit Women Leadership Breakfast held by Arthur J. Gallagher and Co., an insurance brokerage and risk management firm. In an interview given to the organization beforehand, she expanded on her Broadway beginnings and how she got her career in finance started. Ms. West was asked what advice she’d give to recent graduates and she stated “First, have a positive attitude. It’s a mistake I see over and over again. There are talented people who interview for roles, but they are not a good cultural fit. I hire for attitude.”

That final line, (“I hire for attitude”) was put on a coaster distributed to attendees of the leadership breakfast. “It means I’m looking for someone that’s eager to learn,” Ms. West said in a separate interview. “High-energy, somebody that really wants to be here, and is supportive of our mission.”

Ms. West began her diverse financial career at places such as the New York Public Library, The Guggenheim Museum, and Ernst and Young. She began working at AHRC NYC as CFO in 2010.

“I was attracted to the overall mission of helping people,” she said. “I was impressed with people’s commitment and intelligence, and I realized I could learn from them.”

Being the CFO of such a complex organization is not without challenges, but that was another plus for Ms. West. “AHRC touches just about every area of finance,” she explained. “It is a challenge, but you never want this to be simple because you don’t grow when it is simple. I have found that curiosity and the seeking to be challenged is most important.”

During her time at AHRC NYC, Ms. West has focused on improving some aspects of corporate culture and professional development.

“People want to grow at their jobs both personally and professionally,” she said. “I believe in investing in a dedicated employee’s professional development. That can be informal or it can be investing the dollars to take them out of the workplace for conferences and those kinds of things.”

Ahead of the women in leadership breakfast, Ms. West said that throughout her life she has always felt confident as a woman preparing for leadership roles.

“I never paid attention to [my gender],” she said. “I was athletic as a kid; I never bought into the fact that guys could lay better basketball than me. If I was unable to achieve something, I never blamed it on the fact that I am a woman. I’ve always thought of myself as equal.”

With an attitude like that, Ms. West is ensuring that there are many more good mornings ahead. 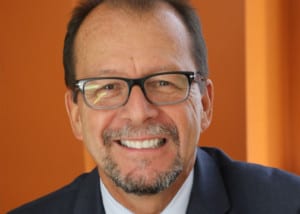 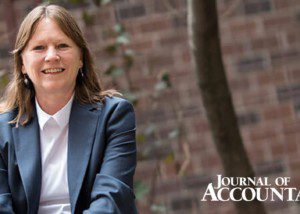