Janice Bartley Speaks at the Center for Urban Pedagogy

Janice Bartley, Advocacy Specialist, was a featured speaker at the Center for Urban Pedagogy (CUP) Annual Benefit. CUP is a nonprofit organization that uses the power of design and art to increase meaningful civic engagement, particularly among historically underrepresented communities. CUP’s “Making Policy Public” initiative was launched 10 years ago to address the gap between the massive impact policy has in our everyday lives and how hard it is to understand. This initiative funded and supported AHRC New York City’s development of “What Does It Mean to Live in My Own Place: A Guide to Independent Living for People with Intellectual and Developmental Disabilities.”

“Living with developmental disabilities can be very challenging, frustrating, and overwhelming at times. Society thinks we are unable to have a productive life, but just because we have a disability doesn’t mean that we are not still capable of hopes, dreams, and feelings like anybody else and don’t have the same desire for independence. I want to be seen as a bright, intelligent, and of course, a sexy woman, and I believe we all have the right to have a meaningful life. 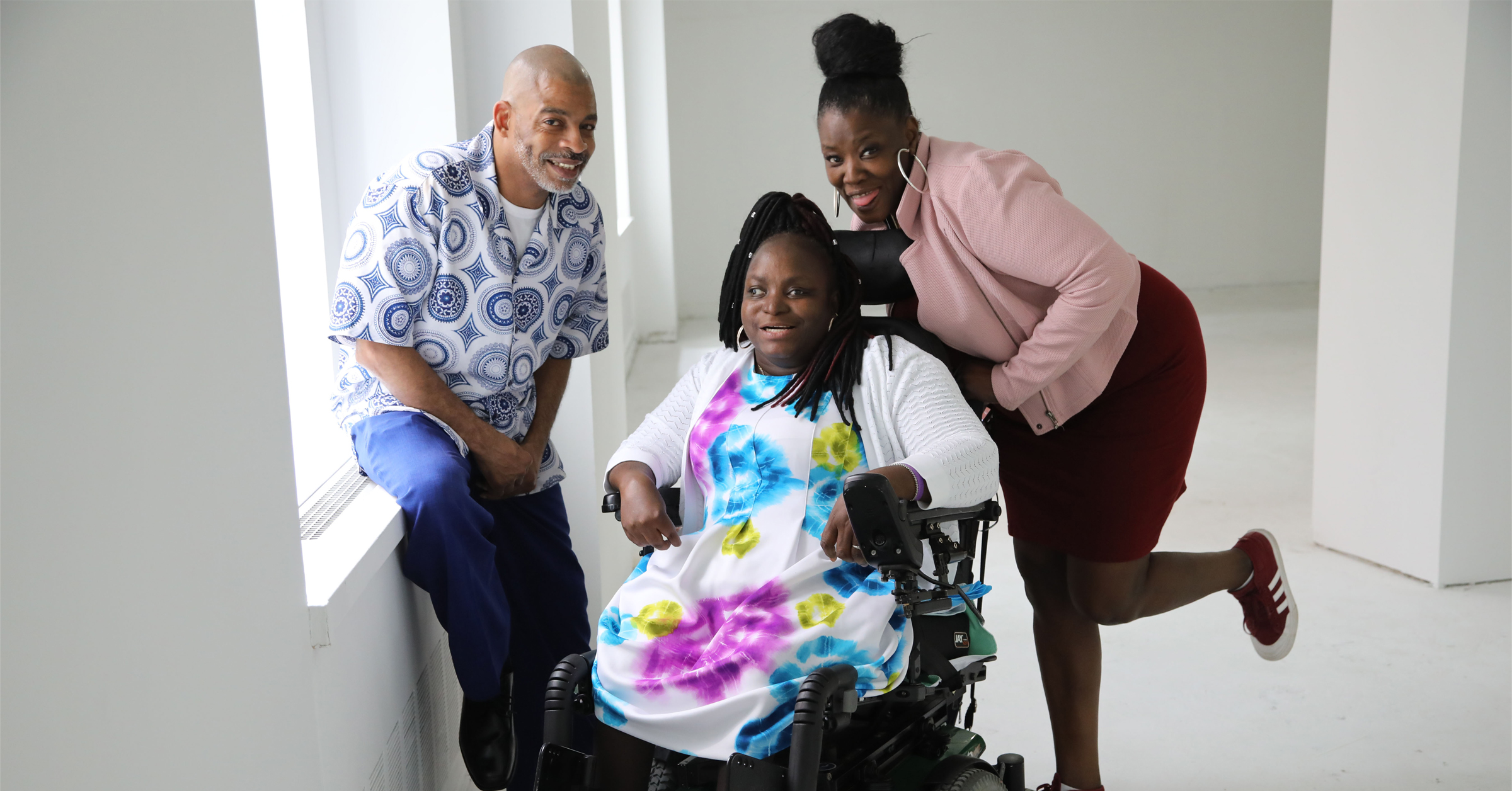 “I began to find my voice when I became involved with a networking project for women and girls with disabilities. I met strong women with disabilities that lived on their own, and had jobs, kids, and relationships. I thought if they could do it why can’t I? On my journey, I became part of AHRC NYC, an organization that provides services for people with developmental disabilities. I met awesome people at AHRC that became part of my circle of support and taught me about the Individual Supports and Services housing subsidy, and other resources that enabled me to afford my own place.

“It made me proud to be invited to share my experiences when AHRC applied to work with CUP and Making Policy Public. We put together a flyer…that will help other people learn about the resources that are available to make independence possible, and the things they will need to consider to make it a reality.

“When I talk to my peers they tell me that they don’t know how to even get started looking for housing.  It’s a big decision that can be overwhelming and scary. The flyer lets people know they have the right to choose and helps people think about the important things: Where do I want to live, who do I want to interact with, and how do I want to live my life? It is also a great tool to let people know how to take the first steps toward looking for housing. More than 7,000 copies of the flyer have been distributed and I am excited to think of how many other people with disabilities have gotten a chance to achieve their hopes and dreams of independence through using it.”