KINDness knows no bounds. Just a few months after volunteering at another AHRC New York City program, employees from the KIND snack company came to Walter and Evelyn Redfield Day Services to work with people with intellectual and developmental disabilities on a variety of craft projects.

Spring in the Air 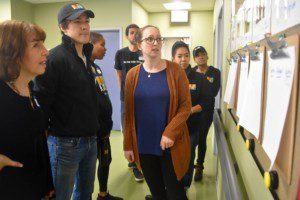 KIND volunteers began their day by receiving a tour of the facility, located on West 56th Street in Manhattan’s Hell’s Kitchen neighborhood. Facility Director, Sarah Soriano highlighted a number of initiatives the program has put in place to assist its substantial visually impaired population. This included buttons containing audio recordings detailing upcoming trips and rooms with specialized lighting to assist those with sensitivity to brightness.

Following the tour, the volunteers sat down in the arts and crafts area to begin working on projects with a number of people from the facility. In their previous visit to Queen’s Cyril Weinberg Day Services, KIND employees worked hard to beautify the garden across the street from the building. They decided to build on that success with a related theme at Redfield Center.

“Spring started just last week so are starting a flower project with the hopes of bringing some April showers to help everything grow,” said Lorie DelMundo, Field Marketing Manager for KIND. 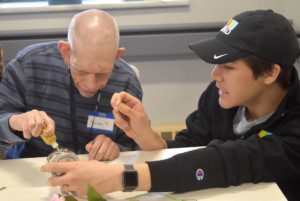 People at Redfield Center and KIND volunteers worked together to create custom flower vases using mason jars as well personalized greeting card-carrying messages welcoming springtime. Volunteers worked with artists requiring varying levels of support. Some artists were able to paint and decorate their own vases and cards while others worked together to guide paintbrushes, add glitter, and place flowers in the jars.

“The experience of what we did in Long Island City was amazing. Our founder [Daniel Lubetzky] was at the previous event and he loved it,” Lorie said. “We were painting and potting and it was so much fun. We wanted to continue our relationship with AHRC NYC by visiting another site and I’m glad we came here today.”

KIND volunteers ended their day by viewing a performance by AHRC NYC on Broadway, which is in the midst of preparing for its spring show. The volunteers were amazed by the talent and dedication exuded by the theater troupe. 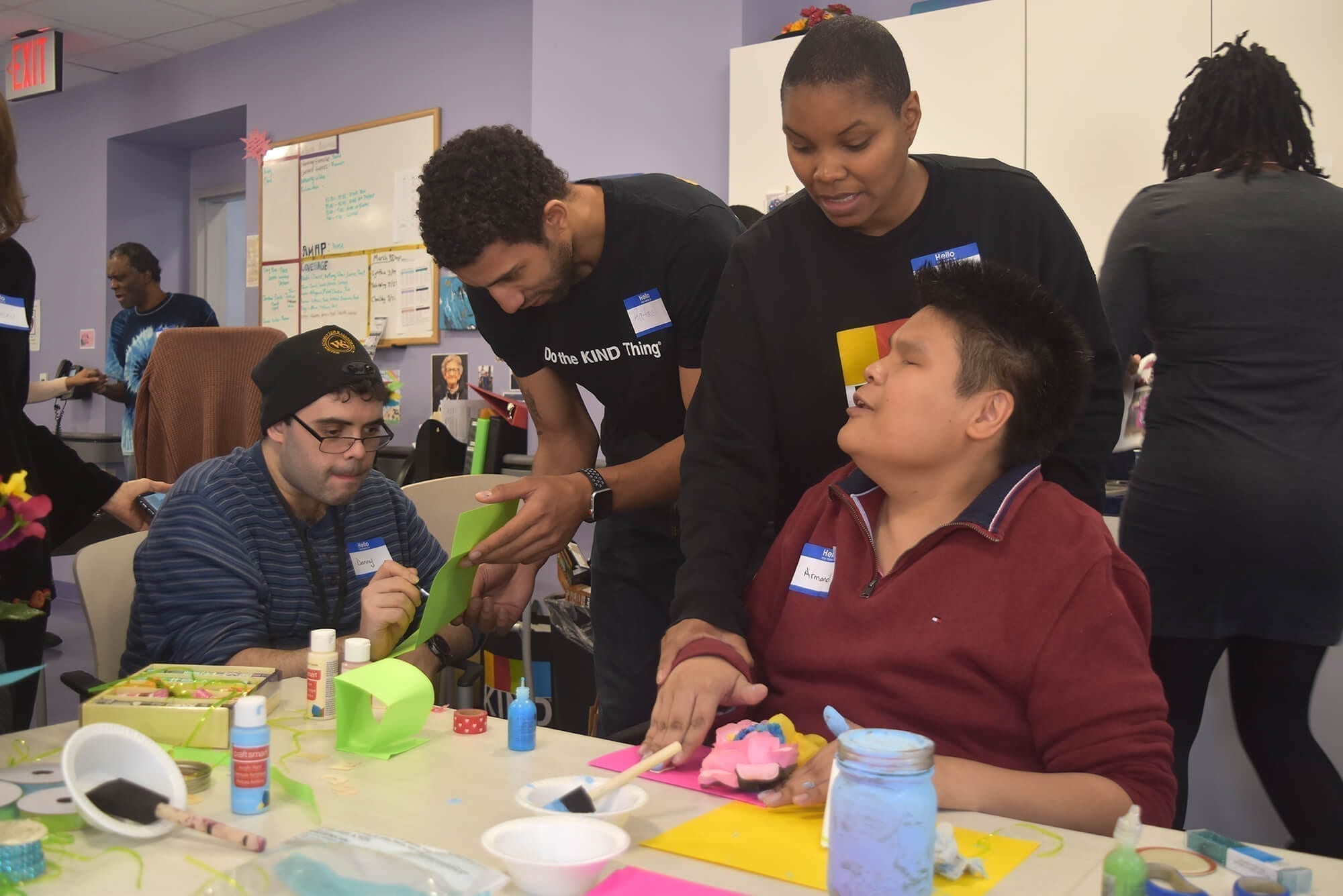 “The KIND visit was a great one. The volunteers were enthusiastic and brought a lot of energy to the project,” said Alicia Archer-Roberts, Community Support Supervisor. “It was clear everyone had fun, and we measured this by the non-stop laughter and interactions between the volunteers and the artist. The artists were proud of what they produced and the volunteers were asking to come back before the day ended. It was the start of a positive relationship building experience and we look forward to continuing this in the future.”