On Thursday, September 17, a seemingly never-ending stream of cars filled with people with disabilities and their families visited the hallowed grounds of Willowbrook to call on Governor Andrew Cuomo and New York State lawmakers to stave off cuts to service providers and I/DD services.

This rally was organized by NYC FAIR and the Long Island Advocacy Network for the Developmentally Disabled. It was held in conjunction with similar events in Long Island, Westchester County, and in Albany.

Attendees were encouraged to scrawl messages on their windshields to raise awareness both at the rally and out in the community:

The Crisis We Face

It’s no secret that I/DD services in New York State have been underfunded for years. Now with the COVID-19 pandemic wreaking havoc on national and local economies, New York State’s financial situation has become dire. There has been effectively no support from the federal government, and with continued uncertainty in Washington, I/DD advocates are increasingly fearful that any further cuts in New York will land squarely on them.

“We really need to have the governor really look at us. Governor Cuomo is good in a crisis but this is a crisis he’s continued to ignore for a decade,” said Laura J. Kennedy, AHRC NYC Board Member, and a longtime parent advocate. Laura’s daughter Julia lives at AHRC NYC’s Lander Avenue residence.

Rita Bueti was directing traffic at the rally at Willowbrook. Her 35-year-old daughter Allison also lives in a group home on Staten Island. “Funding being cut for this population is devastating. It is infringing on Allison’s quality of life, taking away a lot of things she has become accustomed to.” To parents like Rita, advocating is not just a passion—it is a necessity, now more than ever.

Kathleen Nowak is a past chair of the Staten Island Developmental Disabilities Council and a parent, who organized the rally with only a few days’ notice. “It really did not fully come together until Tuesday the 15th because we were finding out where the best route would be,” Kathleen said. She said the turnout was estimated to be as many as 150 cars. “Sometimes when you do these things at the last minute it works out better than all the long-term planning and strategizing.”

“I found that there is a community here where people respond to a call for help,” Kathleen said. “Parents and providers are really worried. We’ve been worried. We’ve already been cut to the bone.” 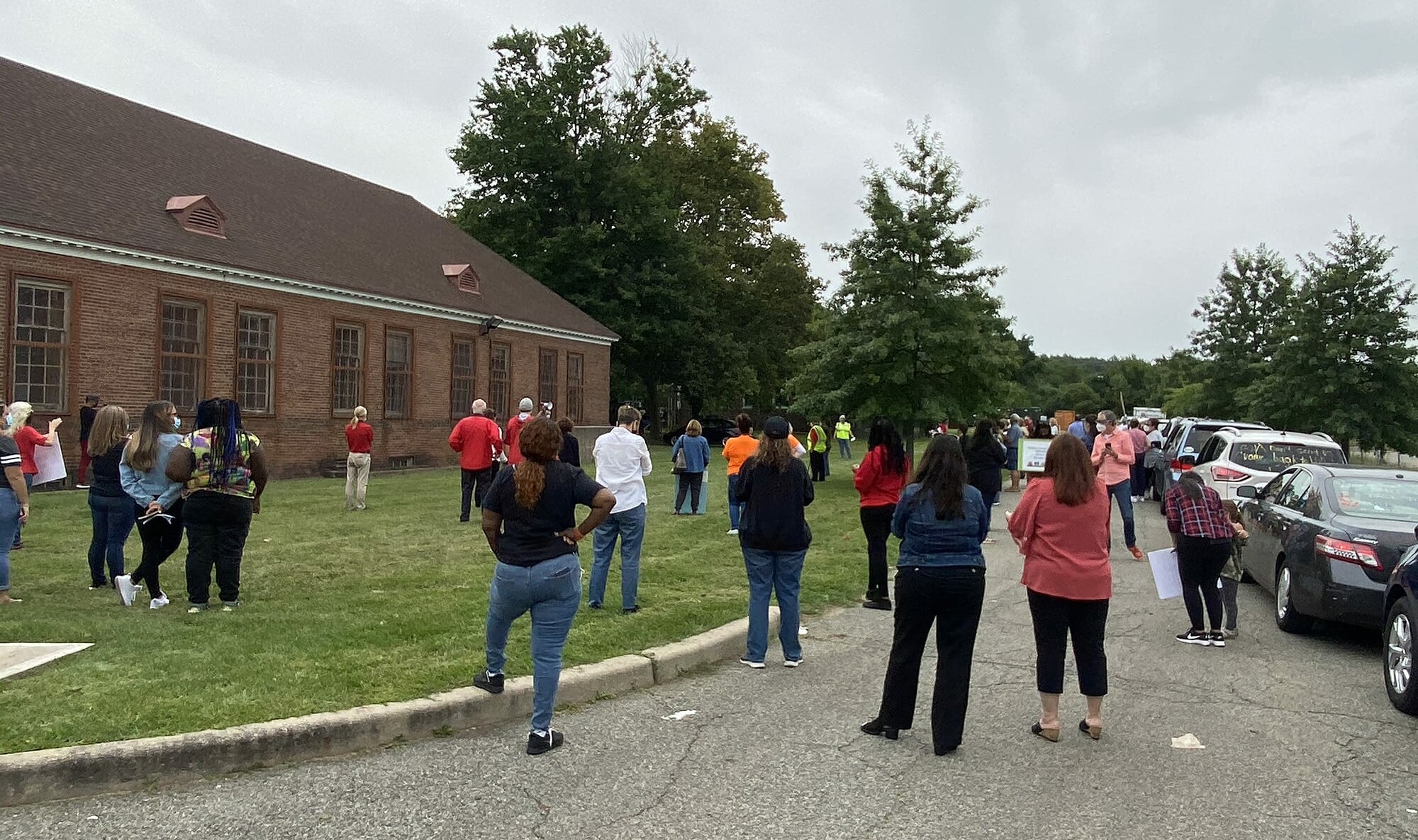 People with disabilities and their families visited the hallowed grounds of Willowbrook to call on Governor Andrew Cuomo and New York State lawmakers to stave off cuts to service providers and I/DD services.

AHRC NYC self-advocates such as Kristin Thatcher took part in the car parade, and some AHRC NYC employees made the rally a family affair. Pamela Minkoff, AHRC NYC’s Associate Vice President of Administration and a longtime SIDDC member, and her son Ryan helped direct cars entering the Willowbrook complex.

“With the many downsides of COVID, we’ve had to find the upswing,” Pam said. “Because people are often working from home or on staggered schedules, they can come to a rally in the middle of the day. I think people were missing being involved, too. The turnout shows that people want to get out and be heard.”