A New York Times review of the recent Outsider Art Fair included a mention of two artists who are a part of AHRC New York City’s ArTech Collective, which provides opportunities for artists to develop and express themselves creatively through inclusive, innovative and accessible approaches to traditional and new media. 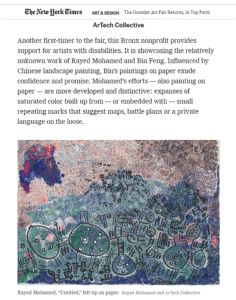 “Another first-timer to the fair, this Bronx nonprofit provides support for artists with disabilities. It is showcasing the relatively unknown work of Rayed Mohamed and Bin Feng. Influenced by Chinese landscape painting, Bin’s paintings on paper exude confidence and promise. Mohamed’s efforts — also painting on paper — are more developed and distinctive: expanses of saturated color built up from — or embedded with — small repeating marks that suggest maps, battle plans or a private language on the loose.” 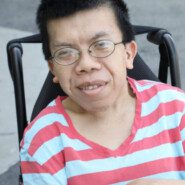 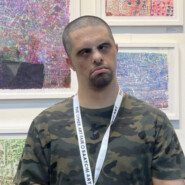