Barbara Jenkins saw the signs but didn’t know what to do.

Her son, Jaren, was born in 2003. She and her husband had dreams for their beautiful child. He’d be tall, handsome, intelligent, have a career with a family and kids. Around age two, he wasn’t responding to his name. Shortly afterward, he was diagnosed with autism. Those initial dreams were dashed. A therapist, Barbara modified the dreams. “Maybe he’ll get a good job, doing what he wants to do, get married and have kids,” she said.

At 7, Jaren enjoyed rummaging through Barbara’s makeup bag and putting on her lipstick. He also wanted to wear her dresses. Then came the conversation in his bedroom. Barbara said this was the moment, she realized that this was not a phase. After urging Barbara to sit down, Jaren said, “’Mommy, I don’t want a penis,’” she recalled. “I didn’t know how to react. I cried. ‘I don’t know how to help you,’” she said. He began crying, too.

Today, Monika, her child’s preferred name, is 18. She prefers to communicate with people she knows well through limited verbal communication, her assistive technology device, and gestures. Neither Monika nor Barbara ever brought up that moment again.

‘Support Monika and Her Dream’

“Now the only dream is to support Monika and her dreams,” Barbara said. “My other dream is to get the community on board.”

People with intellectual disabilities are often regarded as non-sexual adults. And unfortunately, they have often been denied sex education.

A bill sponsored by New York State Senator Samra G. Brouk, Chair of the Senate Mental Health Committee, would provide students with a comprehensive sexuality education that is age appropriate, medically accurate and inclusive of all students. It currently is in the Senate’s Education Committee. Contact your state Legislators and encourage them to support Senate Bill S2584A and Assembly Bill A6616.

New York does not require sex education to be taught in schools beyond certain requirements about HIV/AIDS, according to the bill. Among the schools that do provide sex ed, LGBTQ relationships are often stigmatized or ignored entirely, the bill states.

In 2021, only three states included special education students in their sex-ed requirements, according to the SIECUS “Comprehensive Sex Education for Youth with Disabilities: A Call to Action.” Thirty-six states fail to mention students with disabilities.

“Youths with disabilities are confronting issues of gender identity and they are not being well served by society,” said Katherine Hoy, Director of Advocacy Services for AHRC New York City. “Today’s families and caregivers have different needs, and they are turning to schools, service providers, and other parents for answers. Kids with disabilities need comprehensive sexuality and relationship health education because it’s key to their social inclusion, overall health, and long-term well-being.”

For Barbara and Monika, passage of the NYS bill would be a step in the right direction.

Monika’s high school initially struggled to understand some of her changes, but staff adapted, allowing her to use the girls’ restroom and calling her by her preferred name, Barbara said. She recalled conversations with the teachers. “They kept saying ‘Monika.’ And I was like, who’s Monika?” Staff helped with different names, Sasha, Ashley, and finally Monika. “I was definitely happy that the staff was embracing who she wanted to be,” Barbara said.

Providing sexual education to students with autism and other intellectual and developmental disabilities would not be easy. Teachers, parents, caregivers, and service-providers could collaborate to promote a better understanding. “That’s my hope,” she said.

As for Monika’s future? “I see her perhaps having a career in music, maybe being a DJ, or maybe being a fashion designer,” Barbara said “I see her making friends and going to work, having a partner and just being happy. I know she will be thrilled at the day she can wear her long yellow dress; she’s been asking for that for years. I want her to be safe and accepted in a place that she feels that she belongs.”

Monika and Barbara’s story is one of many who individually and as a family unit are impacted by the lack of comprehensive sex education. AHRC NYC is one of seven community-based organizations that launched Project SHINE—the Sexual Health Innovation Network for Equitable Education with Youth with Intellectual Disabilities—and aims to close long-standing gaps in equitable access to sexual health for youth with intellectual disabilities. Interested in learning more or getting involved with Project SHINE? Visit the official Project SHINE website for more information. 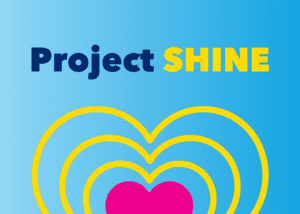 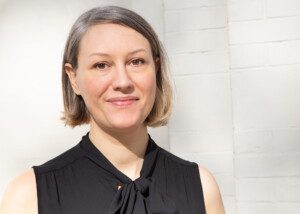 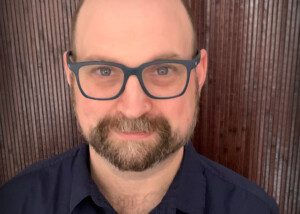 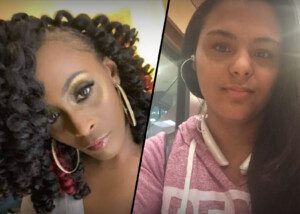 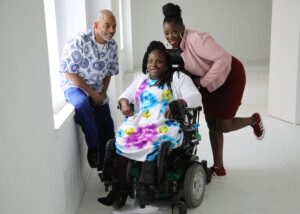