A monkey, a minion, and a fish looked up from the table together, all smiling broadly. Nearby, Thomas Gambaro used scissors, thin wire, and a toothpick to complete the body frame of a new friend for this odd group of characters. Lina Vezzani-Katano brought out a cardboard box filled with dozens of Thomas’ clay creations and admired the artist’s perfected craft. 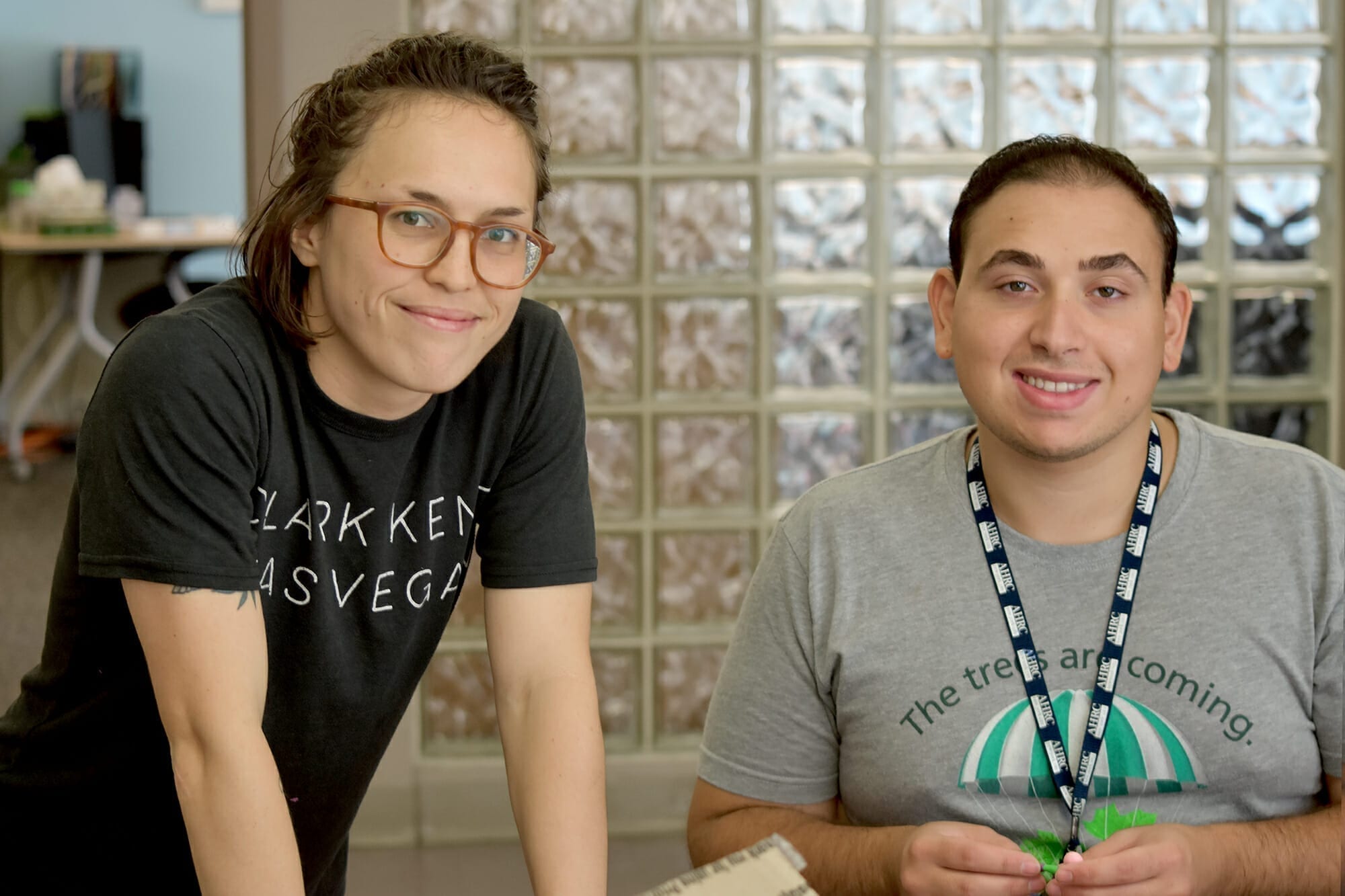 “I haven’t told Thomas anything about making the figurines,” said Lina Vezzani-Katano, an Art Consultant at AHRC New York City’s Kings Highway Day Center. “If I had something to say I would say it, but he’s got it all down.”

Thomas’ passion for sculpting pop culture characters began at age 8, encouraged by a close family member. “My grandma showed me first. She helped me out,” Thomas said. “I wouldn’t say she’s an artist but she collects a lot of glass dolls.” Thomas was also influenced by Wallace and Gromit DVDs and other stop-motion animations. It’s how he got the idea of using wire to support his character’s bodies.

The young artist detailed how his process and materials have changed over the years. He started out by using regular clay, then moved on to Model Magic as a teenager before finally settling on a material called Sculpey. “I take the characters home and then heat them in an oven – 25 minutes, 275 degrees,” Thomas said. When deciding on his next creation, he keeps his options open. “Sometimes people ask me for requests, and sometimes I just think one up.”

“He’s taught me all about this type of work,” Lina said. “I had no idea about all the styles of clay.”

While Thomas has mastered the technical aspects of model-making, Lina supports him and many other artists in different ways. “I’ve suggested ideas on the business side of art for Thomas,” Lina explained. “We’re trying to get him out in the world. Thomas has an Instagram account exclusively for his artwork, and we’re helping to build a blog to further showcase his work.” 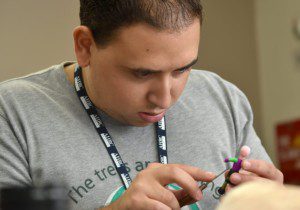 To this end, Thomas recently had an exhibition and sale of his figurines in the lobby of AHRC NYC Headquarters. Additionally, Lina tries to meld Thomas’ interests in technology and art by introducing him to websites such as Vimeo, which has a robust collection of stop-motion videos.

“It’s part of my glory when their paintings are sold or other people recognize them,” Lina proudly said. “The art’s being produced here, but that doesn’t mean it should stop here. People should appreciate it not for who does it or where it was made, but for the value of the work itself.”

Lina was born in Japan’s rural Saitama prefecture and moved with her family to the San Francisco Bay area in her youth. “I just started doing art as a kid,” she said. “I mostly do videos now, but in high school did acrylic, oil, and watercolor [paintings].”

An opportunity to be an assistant to a photographer brought Lina to New York, where she later enrolled at Hunter College as a psychology student. Through simply looking for an internship, Lina got connected to AHRC New York City and started working at Bush Terminal Day Habilitation. She became an Art Consultant six months later.

“One of the cool things about AHRC NYC is that I’ve gotten to know and work with other artists,” Lina said. She regularly engages both artists she supports and her colleagues in collaborations and has a firm belief in the empowerment of creation. “Art lets people with disabilities make personal choices,” she said.  “It lets them see where their own decisions lead them.“