In one room there was yoga. Down the hall in the common area, a full band was practicing Mariah Carey’s seminal holiday song All I Want for Christmas Is You. On the opposite end of the floor, a theater group was rehearsing for their semi-annual production to be held the following week. And even still in other areas, there were arts and crafts, technology lessons, and piano practice.

These activities are just a sampling of the opportunities presented at Super Saturdays, available to people with intellectual and developmental disabilities, through AHRC NYC’s Camping and Recreational Services at Betty Pendler Day Services.

“Super Saturday formed when we merged several programs in 2012,” Sam Emsell, Recreation Supervisor, Camping and Recreation, said. “Typically we have about 40 to 50 individuals attending throughout the day, but we have about 65 on our attendance roster.”

“I just started volunteering here in October,” Judy Cohen, a retired teacher who was taking part in the production, said. “I heard about it through Christina, who’s the director of a volunteer group for elders called The Showstoppers.”

Many spent the day creating holiday cards for friends and family

“I love working with all of our people. When I look at them and see what challenges they have and how they overcome them, they’re just wonderful. They’re full of so much cheer and that automatically spreads right on to you. I hope I can give that back.”

Increased Independence and a Variety of Activities 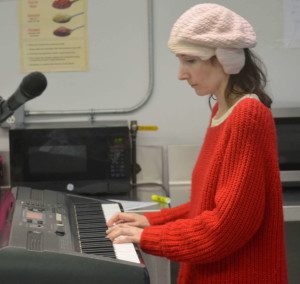 Elizabeth Bona-Cohen loves playing UNO on Saturdays. “Sometimes I win and sometimes I don’t. I usually win in the third or fourth round. It’s fun and full of surprises. It’s a game where people don’t fight or argue too much.“

During the week Elizabeth is in a Day Hab Without Walls group in Brooklyn. She appreciates the change in pace Super Saturdays provides her with. “At the Saturday program, there’s more independence. I can do art, I can play games. It’s laid back.”

John Leonard, Assistant Group Leader, has been playing guitar since he was a teenager and leads the band at the program. Keyboards, guitars, a drum set, and various percussion instruments are available for all who want to learn or for those who want to showcase their musical talent. After previous stints in Employment and Business Services and Day Services, John now proudly shares his musical talents at Super Saturdays. 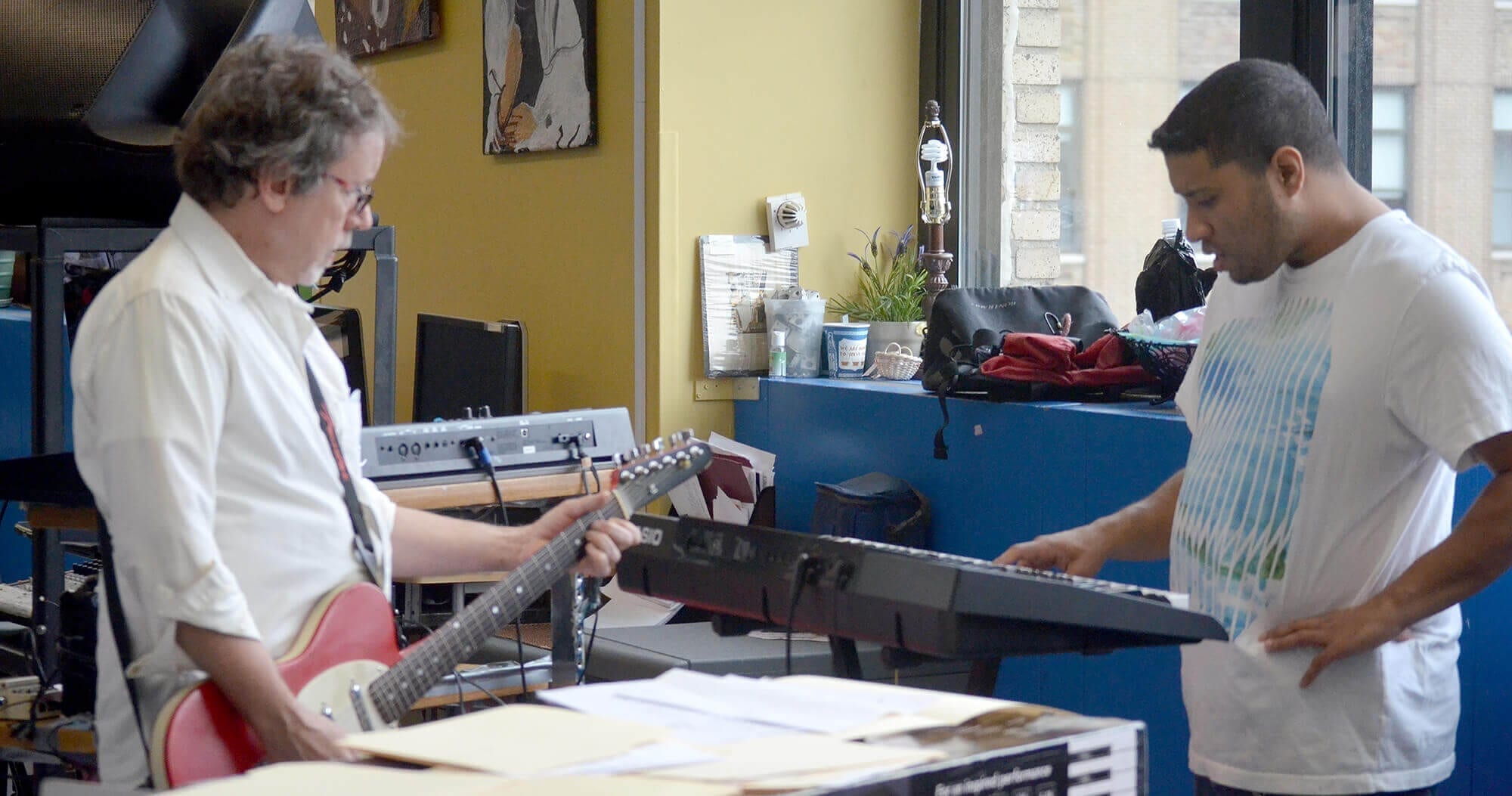 “It’s like a School of Rock thing,” he explained. “Everybody gets to be a rock star and they learn teamwork. One of our cardinal rules is when you’re playing music with others, you have to listen. And that gets translated to other activities. Imagine learning your ABCs without the “Twinkle Twinkle Little Star” melody. The brain likes music.“

“For about a year now we have had a fitness instructor come to program in the afternoon,” Sam Emsell said. “This enables our individuals to be active and understand the benefits of physical activity. I would say that is a favorite of mine.”

Super Saturdays partnered with fitness professionals such as Luisa Howell, who runs her own yoga and training business. “Initially, they reached out saying, ‘We don’t know what we want, but we want to get them moving,’” Luisa said.

Luisa teaches her students a mix of yoga and general training exercises. “We try to work with partners as much as possible.” The results have been positive. “They seem happier and more relaxed. A lot of them come out dripping in sweat, and that’s good for them.”