With its 70th Anniversary Meeting from November 14th through November 16th, The Arc New York celebrated seven decades of supporting people with I/DD and their families. Three keynote speakers, two educational sessions, a number of art exhibitions from across the state and much more helped the organization reflect on its past and look towards an exciting yet uncertain future.

Self-Advocate of the Year

Michael Carbonaro has had an incredible year. In February and March of 2019, he made his first trip to Albany to lobby for increased housing opportunities and fair pay for direct support professionals. In April, he joined his AHRC New York City colleagues in Washington DC to meet with federal legislators about the issues important to him. Michael was a featured speaker at AHRC NYC’s second annual Leadership Summit and at the Arts for Autism benefit concert at the Gershwin Theatre. Michael also became the first openly LGBTQ graduate from the Melissa Riggio Higher Education Program at the College of Staten Island, where he was an active member of several on-campus clubs.

The Arc New York gave Michael another chance to add to these incredible accomplishments, to add to his resume, when the organization presented him with the 2019 Self-Advocate of the Year Award. An ever-engaging orator, Michael took the opportunity to passionately thank the people important to his success for “believing in me and giving me an opportunity to shine.”

“I want to give a special thanks to my entire AHRC family for believing in me and seeing something in me,” said Michael. “Thank you to my good friend and mentor, Matthew Estep [Self-Advocacy Advisor], for nominating me for this award and giving me the opportunity to be a part of the greatest self-advocacy group in New York State and for taking a chance on me.” Michael also mentioned AHRC NYC’s CEO, Marco Damiani; Matthew Weiler, Director of Operations for Day Services; and Carole Gothelf, Associate Vice President for Individualized Supports as people who helped him succeed with his self-advocacy goals.

“Thank you to my village of educators, mentors, and friends and all the people I’ve met along the way who have helped me find my voice,” Michael said. He was joined at the dinner by his mother, Kelly, and his brother, Christopher.

More from the Meeting

Peter Berns, CEO of The Arc, gave the keynote speech at Friday’s Board of Governors meeting. He outlined findings from a recent strategic planning initiative The Arc undertook, which included a desire to be “bolder and more confrontational than we have been” in order to achieve public policy goals and provide the public with a greater understanding of what it means to be a person with I/DD.

Susan Brandt, Assistant Executive Director for Member Services & Special Projects, organized an interactive exhibition detailing 70 years of The Arc New York’s history. Among the items available for viewing was an original chair from the Willowbrook State School provided by Laura Kennedy, a past President of The Arc New York’s Board of Directors and a current member of AHRC NYC’s Board of Directors.

Board members were given the opportunity to attend two educational sessions—a presentation featuring an overview of services from the Justice Center for the Protection of People with Special Needs and a workshop about recent mergers and acquisitions within Arc New York chapters, presented by Erik Geizer, Deputy Executive Director & Corporate Compliance Officer. Thursday and Friday’s dinners featured inspirational keynotes from Rebecca Malcolm Williams, whose child with a disability was not expected to survive her pregnancy, and Kathy Buckley, a comedian with hearing impairment who thanked The Arc New York staff members for their life-changing work. 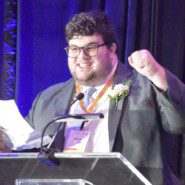 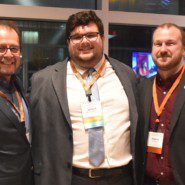 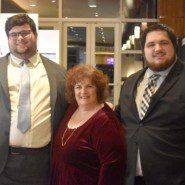 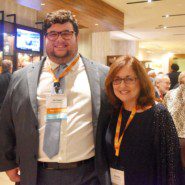 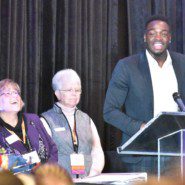 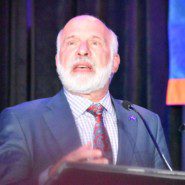 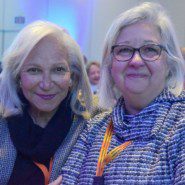 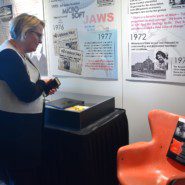