The Classified Ad that Changed Thousands of Lives

In the summer of 1948, Ann Greenberg, (the mother of a four-year-old boy with developmental delays named Jerry, and AHRC’s eventual Founder,) placed a classified ad in the New York Post, in search of other mothers who shared her desire to create a school for children with disabilities. At first only a few parents responded, but within a year, through word of mouth and a few brief newspaper articles, hundreds of parents united.  In the years that immediately followed, these parents joined together to obtain services for their children, who were at the time considered to be ineducable, and were treated as outcasts.  They supported one another, and worked to provide their children with every opportunity to grow.  This was the beginning of AHRC, the New York City Chapter of NYSARC, Inc.

Through advocacy and legislative action, the agency has developed programs for new and emerging populations who are under-served, with the goal of offering people with disabilities day to day living that is as rich, absorbing, and worthwhile as possible, with an emphasis on helping people to reach their maximum potential in the community.

This year, AHRC New York City is celebrating 67 years of providing programs, services, and supports for people with intellectual and developmental disabilities, and their families.  Today, the agency serves more than 15,000 people each year, employing over 3,000 staff members who have dedicated their careers to improving peoples’ lives.

Opportunities for people with disabilities continue to grow, and it all began with a mother who cared for her child.

You can learn more about the development of AHRC in The History of AHRC 1948-1998 by David Goode. 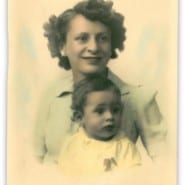 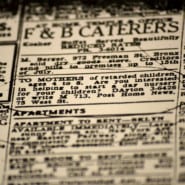