Paul Urbanek has packed a lot of life into his 21 years. The first-generation son of Polish immigrants recently graduated as the valedictorian at his high school and is taking the first steps towards his goal of living independently with the support of AHRC New York City. Through tragedy, transitions, and triumphs, Paul is building towards the life he wants.

Paul was born in Brooklyn to Polish parents, including his mother Alexandra. “My father was abusive and possessive, and my mother realized he was not the right person for her,” Paul explained. Alexandra raised Paul as a single parent, working in hospitality and the financial sector to support them both as well as occasionally renting out an extra room in their Bushwick apartment.

Paul said that Alexandra showered him with love and “always did her best to buy nice things,” but she was often stressed about money despite her hard work and long hours. One night in April 2018, two days before his 18th birthday, Paul noticed his mom had become unresponsive and her lips were turning blue. He called 911 but it was too late—Alexandra had passed away from a heart attack in her sleep.

“I was an emotional wreck,” Paul said. “There was a part of me that said, ‘What’s the point of being in this earth anymore?’ It’s so unfair, so cruel, a sick joke.” Paul said that his teachers and advisors at his school, a District 75 school called PS53K at Spring Creek High School, provided the critical emotional support he needed to make it through such a tragedy. They supported Paul with funeral costs and assured him that life was still worth living.

“I realized I still had people that cared about me,” Paul reflected. “I started going to therapy which has really helped me get through my grief.”

With no extended family in America available to shelter him, Paul entered the foster care system. He first stayed with a family in Canarsie. “Ms. Sims was nice, but she was not very attentive to my needs or my case,” Paul explained. He and a social worker agreed that a change was necessary after a few months, and so Paul moved in with Ms. Norma Reed in Jamaica, Queens.

“Ms. Reed was a nice lady,” Paul said. “Her home was bigger and had more kids [than Ms. Sims’ home]. I had six foster siblings, with the youngest being 3 and the oldest being 24. Ms. Reed was a Jamaican woman. She was a good cook, attentive, and treated everybody equally. She asked me for help at times, so I helped clean my room, sweep, take out the garbage, and unpack the groceries. We had some disagreements but got along pretty well overall.”

Succeeding at School and Work

Gaining stability at Ms. Reed’s home allowed Paul to focus on his academics and social life following his mom’s passing. “Pre-COVID, we had gym class, music, theater, and vocational classes,” Paul said. He was able to work in retail environments through his vocational training, such as at Modell’s and Burlington. “At Modell’s we worked in the stock room, putting alarms on the clothes, unpacking clothes, and stocking clothes on the floor. I did similar work at Burlington, mainly in the shoe department. I got paid good money,” he smiled. 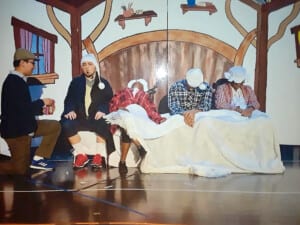 Paul began to thrive at school. He started participating in acting classes and was cast in the school productions of Annie, Willy Wonka and the Chocolate Factory, and Hairspray, before culminating in his senior year with a starring role in Beauty and the Beast. “Theatre gave me more self-confidence,” Paul said. “Getting up on stage was so fun, I’d like to do more acting classes down line. That’s more of a dream job.”

Paul had to adjust once again in March 2020 when the COVID-19 pandemic required remote learning. “Switching to remote learning was a hard challenge. I had to be either on my phone or laptop the whole and time and it was weird. I’m not that close with most of my classmates, and it was surreal seeing other people’s homes.” Paul also had to navigate the challenges of living with his foster siblings who did remote learning of their own. Despite that, Paul continued his success and on June 18, 2021, he graduated as valedictorian.

“My teachers did a wonderful job and I’ve very thankful for that. All my teachers have been good role models and created wonderful memories,” Paul said. “I’m really thankful for the support I got from the school and my foster family after my mom died.”

On the Road to Living Independently 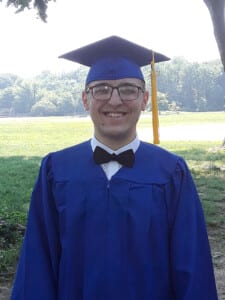 Paul Urbanek graduated as the valedictorian of his class

In October 2020, Paul moved into a one-bedroom apartment in Lindenwood, Queens, with the support of AHRC NYC’s Residential Services. “I wanted independence, with the goal of eventually moving on my own full time,” Paul explained. “A great opportunity to start this journey. At first, I thought it was early, that I had to be 21 and graduated, but everyone said it was good to start now. There was no guarantee it would be available if I waited.”

Angela R. Williams, the Assistant Residence Manager at Pembroke residence and Paul’s residence, has developed a close bond with the new resident. “It’s been a dream with Paul,” Angela. “We’re able to do different things with Paul that we’ve never been able to do with the people we support.”

Angela organized a graduation party for Paul at Pembroke, which is across the street from Paul’s home. She made sure to iron his graduation gown for his official pictures because the valedictorian needed to look his best. When Paul turned 21, Angela took him to Red Lobster so he could enjoy his first legal drink.

“We’re an influence on him going into the world and we make an impact,” Angela said. “He’s doing things here for the first time the way it’s the first time for us. He’s in tune with himself, and he’s a great advocate for himself. I hope I make him proud because he makes me so proud.”

Paul is loving his new apartment and is currently searching for a roommate. He enjoys binge-watching old and new TV shows but says he may start cutting back on some streaming services to save money. He loves food, enjoys listening to Taylor Swift and other pop stars, and is expanding his social network through clubs and community outings. Through it all, he has kept the most important person to him close in mind and spirit.

“I would have liked my mom to see me through this process,” Paul said, “but I know she’s with me every day. Even though there’s no replacing my mother, these past three years my school and now AHRC have helped me succeed in life and move forward with my goals.” 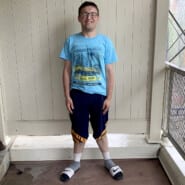 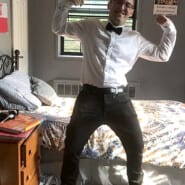 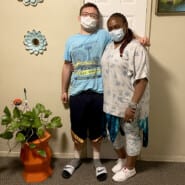 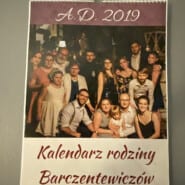