A modern method of exhibition was the first of its kind for artists supported by AHRC New York City as the organization partnered with the New York Public Library’s Baychester branch in the Bronx. A virtual exhibition appearing on NYPL Baychester’s Instagram page showcased the variety of styles used by four creative minds that are supported by a talented teacher.

“The universe conspired for me to do this exhibition,” Carlos Wilfredo Encarnación, an artist now working part-time at AHRC NYC’s William F. May Day Services. “I had worked here for almost three years and I always had the idea to an exhibition for our artists. The opportunities for artists with disabilities are too few.”

Centered on a nature theme, the exhibition featured works each of the first four weeks of July by Jeremy González, Eddie Carela, Lissette Henríquez, and Gisela Montalvo. On Thursdays, Carlos, a multimedia artist who received the Bronx Council of the Arts’ BRIO Award in 2019 and 2020, demonstrated a technique employed by each artist in an IGTV video, culminating in an original final project that he debuted on July 29 that incorporated the signature styles of Eddie, Gisela, Jeremy, and Lissette.

Years in the Making

Carlos had wanted to have an in-person exhibition featuring the artists he worked with at William F. May Day Services. Unfortunately, the COVID-19 pandemic put a halt to his plans. “Everything turned into a virtual version of what we were doing,” he said.

Earlier this year, Carlos again felt the pull to publicly display the artists’ work. Working with Darinka Vlahek, AHRC NYC’s Director of Arts and Community Outreach, Carlos contacted the Baychester library with an idea for a virtual Instagram exhibition.

“It was exciting to explore the social media platform—sharing it, posting it, reposting it, showing their processes,” he explained. “The idea is to get their art more exposure and to show how AHRC NYC supports artists.” Carlos initially planned to feature more artists but said not being in person was too much of a hindrance, so he decided to focus on artists with wide-ranging portfolios.

Finding a common thread among the four artists was relatively easy. “Nature was always going to be the theme,” said Carlos. “The content contains animals, flowers, all that kind of stuff. July was Disability Pride Month, it’s summertime when nature is in full bloom. It was a perfect time to do it.”

Carlos explained that each artist includes aspects of their personalities and preferences in their work. Gisela often features her cats surrounded by vibrant flowers, while Eddie frequently returns to mythological concepts and images of “classic movies with hybrids of animals that bring him joy,” Carlos said. Lisette works with mixed media that contains elements of self-portraiture. 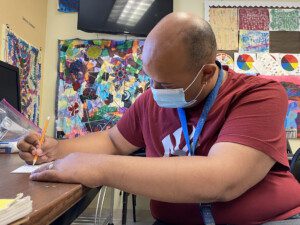 Jeremy Gonzalez begins one of his signature beetle drawings.

Jeremy’s primary artistic inspiration came to him nearly a decade ago via the cover of an issue of National Geographic. A macro image of a brightly-hued beetle has led to hundreds of creations featuring fantastical insect interpretations.

“I was drawn to the different shapes, the different forms, the different colors [of the beetles],” Jeremy explained. “They have unique features and I started working on that.” He typically draws in pencil and colors in his work, but Carlos said he has worked in many mediums including oil pastels, acrylics, and collages. “I think the only thing missing right now is sculpture,” Carlos said.

Jeremy says he wants to “push himself to the limit” through his art and expresses his ambition through T-shirt and handbag designs. He has a goal of creating his own website in the future. “I scratched my way from the bottom to the top of the art world to see where I can go,” Jeremy proudly said. “I live on my own now, near Pelham Parkway. I’m traveling on my own. I took my life back after COVID hit. There should be more inspiration for me now.” 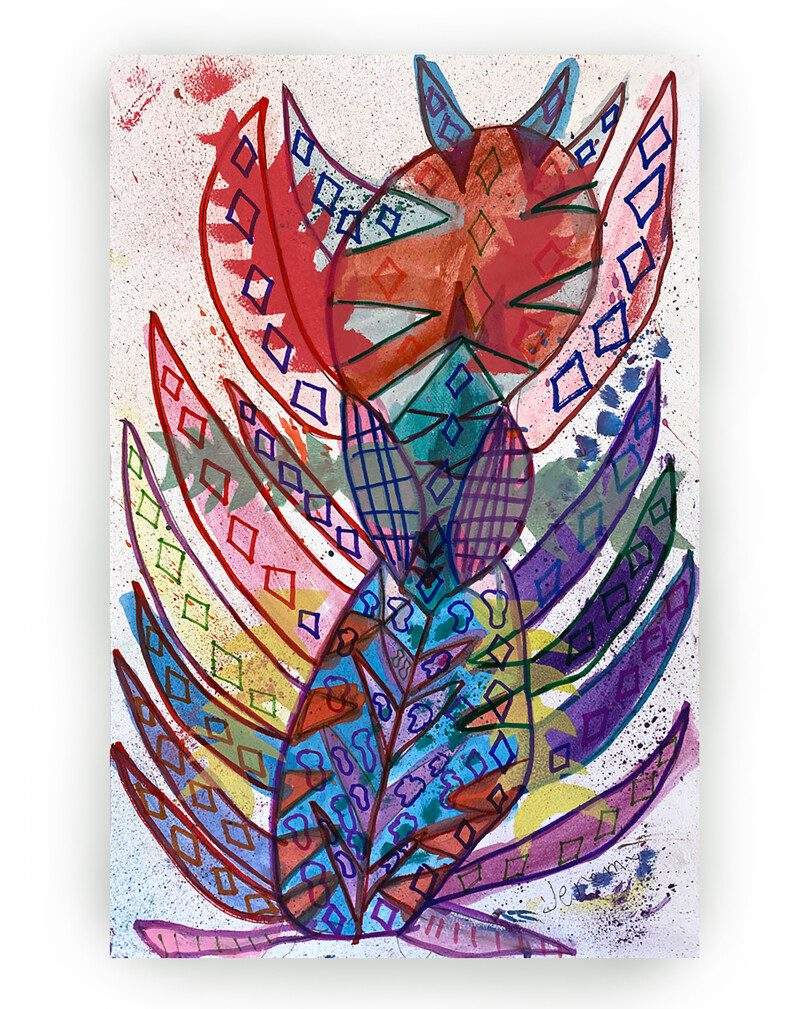 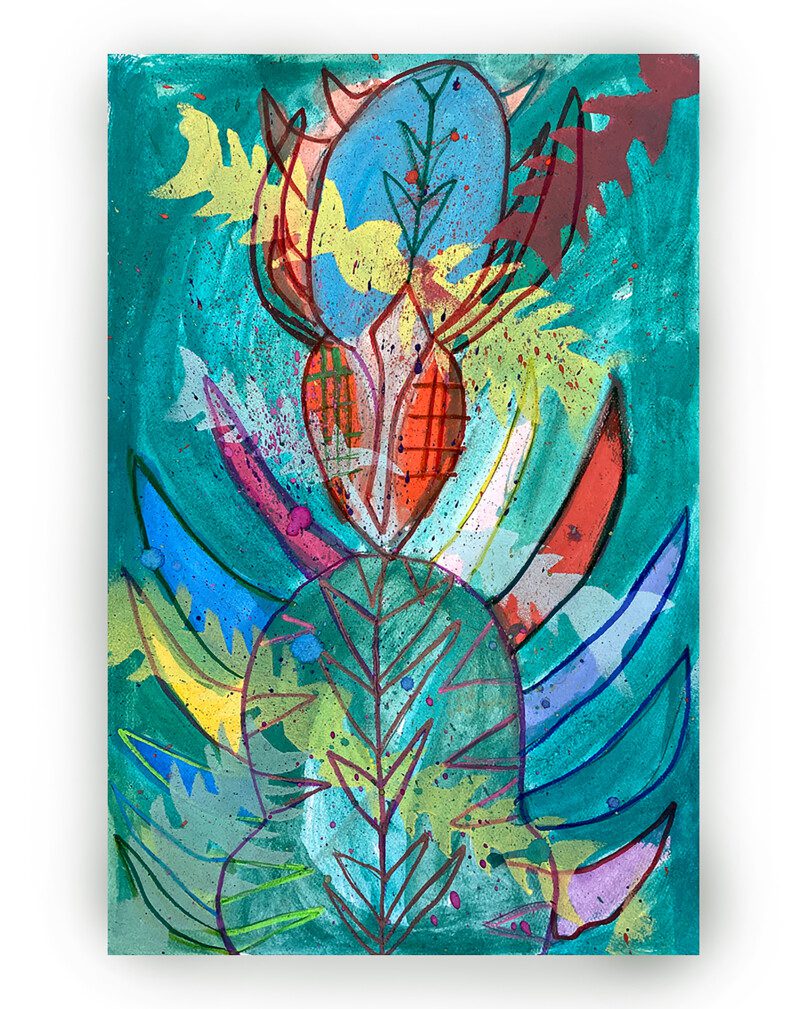 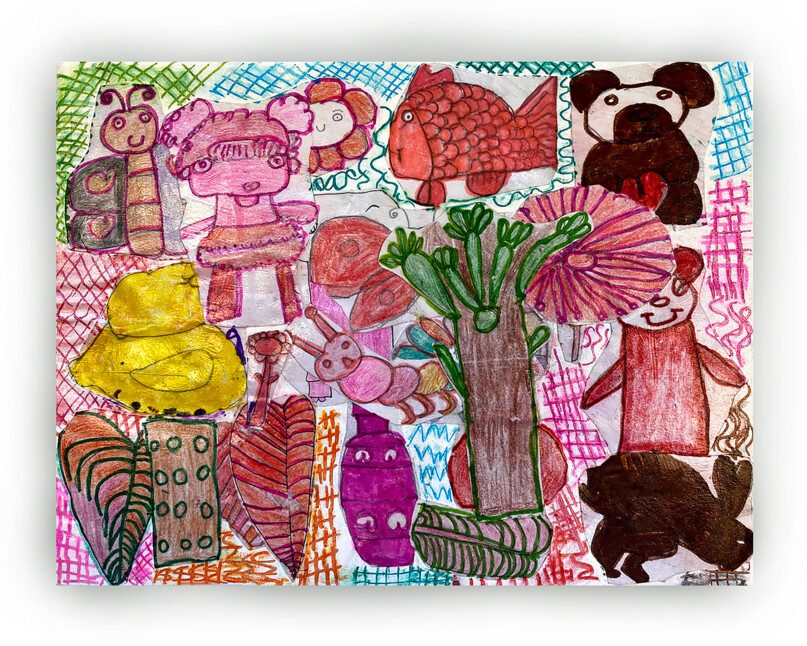 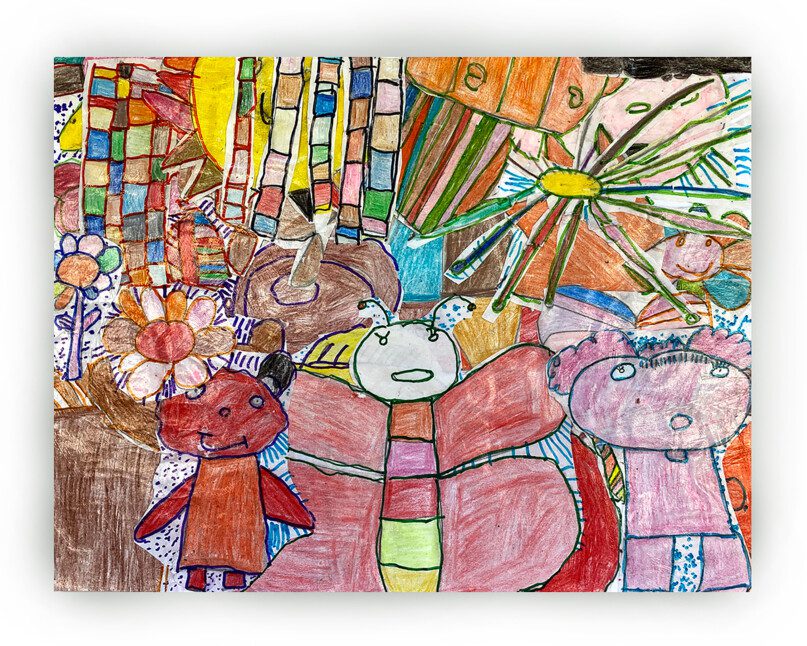 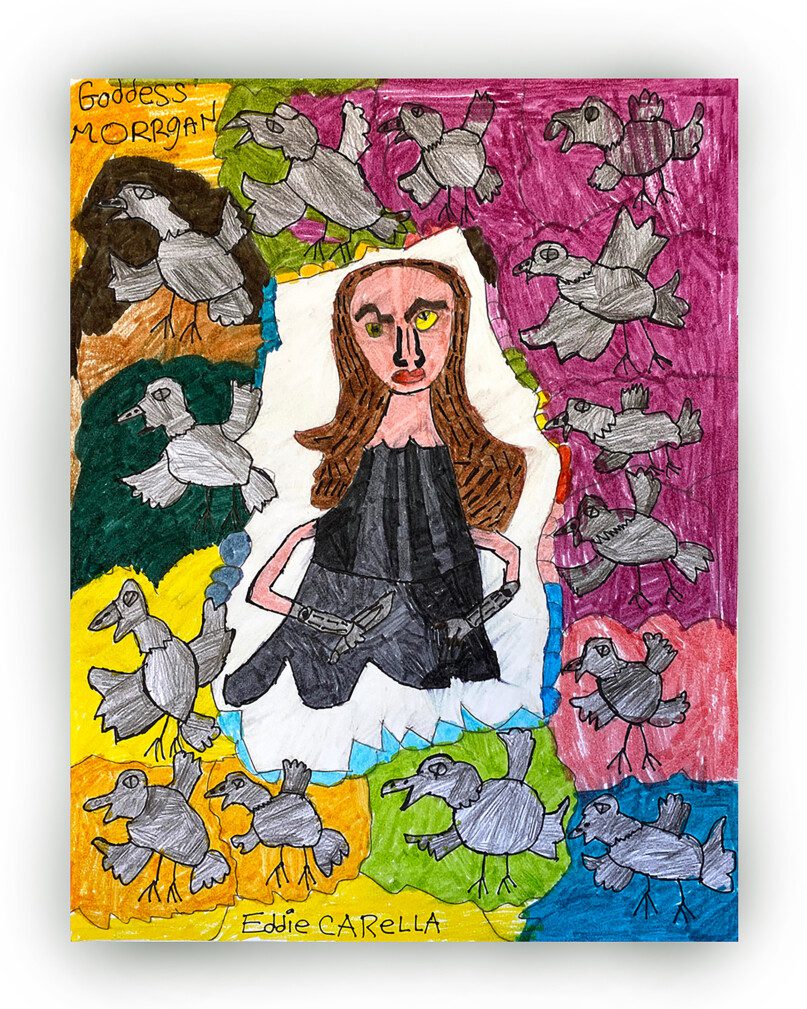 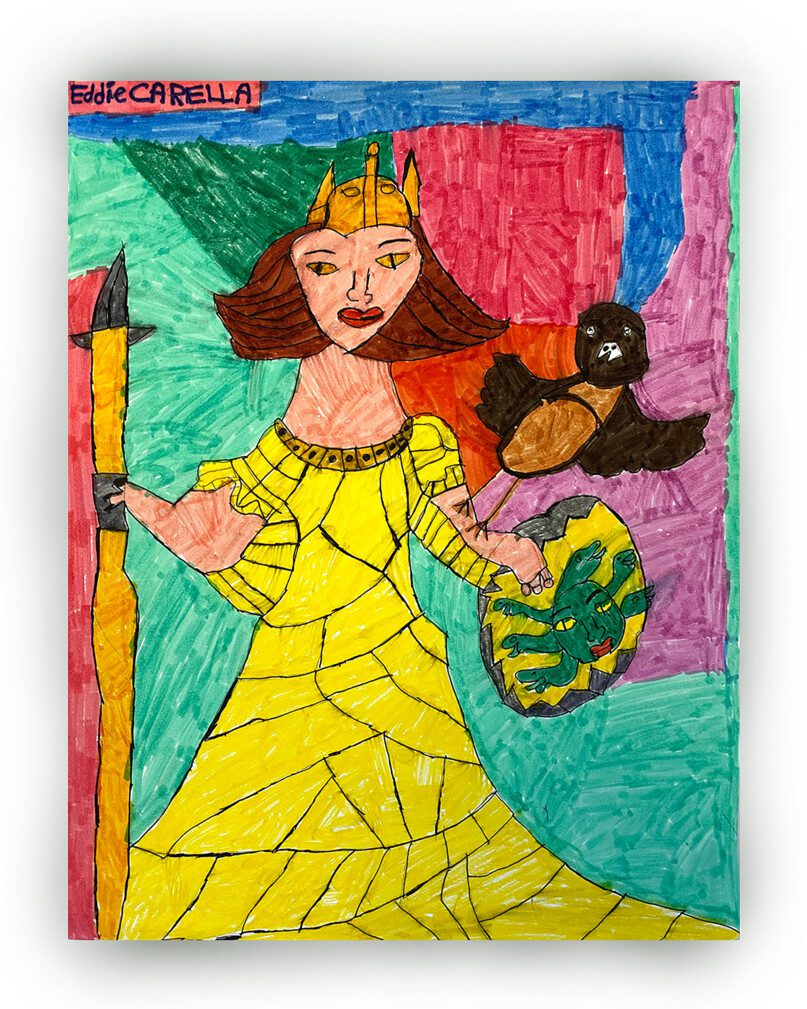 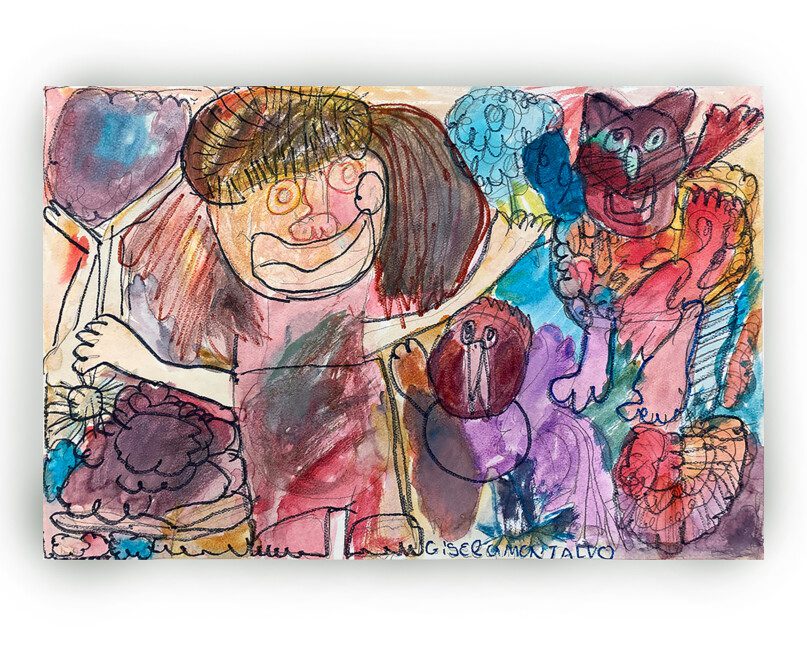 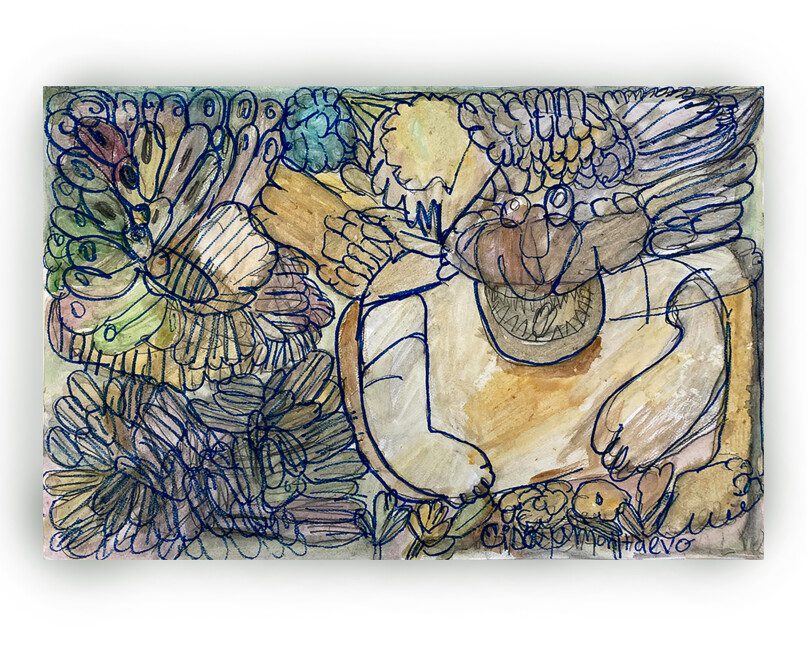