What’s In A Name: The Blue Feather Schools

Brooklyn Blue Feather Elementary School, (BBF) and Astoria Blue Feather Early Learning Center, (ABF ELC) have long been among the crowning achievements in AHRC New York City’s history, but what does the name, “Blue Feather” mean, and how did these names come to be?

BBF was one of the very first schools in the city, and perhaps the nation, to exclusively educate and support children with intellectual and developmental disabilities. Today the school is located in Gerritsen Beach and provides a wide variety of supports for its students. Closely mirroring the founding of its parent organization, BBF was founded by concerned parents and relatives looking for a way to best serve their children with disabilities.

The Work of the Blue Feather Auxiliary

“The school was founded by Minna Rosenfeld and Minna Bober,” says Irene Sacks, a longtime President of the fundraising organization Blue Feather Auxiliary. “Each of them had a young family member with disabilities. They were sitting and talking about creating a school in one of their gardens. At that moment a bird flew by and a single blue feather fell onto one of their laps.”

It appears that AHRC NYC’s involvement in the school was spurred on by a letter from The White House. Exactly a month prior to President John F. Kennedy‘s assassination, Minna Rosenfeld had written to the president recommending a book about people with disabilities by author, Julia Molloy. Although President Kennedy, (known for his championing of disability rights and for having a sister, Rosemary, with I/DD,) died before he could personally respond, an Executive Office staffer thanked Ms. Rosenfeld for her letter and suggested contacting Dr. William Frankel, then AHRC NYC’s Executive Director, for further guidance.

With AHRC NYC’s full-fledged support a school called the Brooklyn Pre-School Training Center, located at 5816 Farragut Road, was created. The Blue Feather Auxiliary would hold concerts, luncheons, raffles, and much more to raise funds, which were then donated to AHRC NYC to keep the school operational.

Ms. Sacks became president of the Auxiliary in the 1970s and a wonderful opportunity arose. Jacob Javits, then a U.S. Senator for New York, gifted two acres of federal surplus land at the old Sheepshead Bay Reserve Training Center and the Manhattan Beach Hospital, which was officially transferred over on October 16, 1972. Plans were drawn up to build a permanent school on the site, but according to Ms. Sacks resources were grossly inadequate.

“There was no access to running water or electricity,” says Irene. “It was ultimately a gift for nothing. We simply couldn’t build anything. I think a nursing home or something like that took it over.”

BBF eventually moved to a location on Court Street in Carroll Gardens and remained in operation until June 2008, when the school was moved to its current Gerritsen Beach location. The Auxiliary remained in effect until 2002, when its final total of $63,726 was donated to AHRC NYC. Ms. Sacks credited the “wonderful treasurer,” Faye Hellman for keeping the organization’s financial records in check.

Ms. Sacks, now 90 years old, is still a Brooklyn resident and has had the opportunity to visit BBF’s current space.

“It’s a wonderful school-I’m so proud of it!” she said. Despite not having children with disabilities of her own, Ms. Sacks was devoted for decades to getting BBF to its current state. “I don’t know what made me want to get involved. I have two wonderful children of my own and I just wanted to help these other beautiful children.” 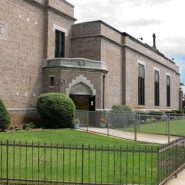 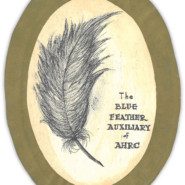 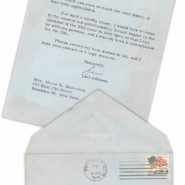 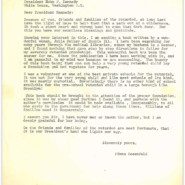 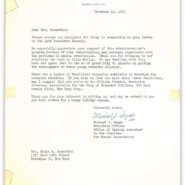 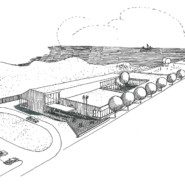 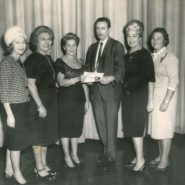