Self-advocates supported by AHRC New York City were invited by The Arc New York to reflect on what Autism Awareness Month means to them.

Kristin Thatcher and Michael Lettman also joined the video. Michael C. and Kristin are both from Staten Island and are active in lobbying on a local and state level. Brooklyn-based Michael L. is a multimedia advocate for increasing tolerance and acceptance for people with autism and other intellectual and developmental disabilities.

“I am a high-functioning autistic with a project on autism that I want to become a big help for the autistic community,” Michael L. said. “This fellow advocate would like to help many people with autism or other kinds of disabilities so they could be accepted, understanded, and loved more often here on our Planet Earth.”

For her part in the video, Kristin shared an original poem, “Being Normal,” that she wrote years ago after a fight with her sister led to hurtful words being exchanged.

Autism Awareness Month’s history can be traced back to 1972, when a grassroots organization called the Autism Society organized the first National Autistic Children’s week. This evolved into an entire month, April, dedicated to the recognition and acceptance of people with autism. Congress approved this designation in 1984. While progress has been made since then, there is still much work to be done to achieve a fully equitable society for people with and without autism.

“I’m happy that I got to take part in this video for World Autism Awareness Month,” Michael L. said. “I’m very proud of both Kristin and the other Michael for sharing their excellent words for Autism Awareness. I’m sure [they] have done excellent advocating work for people on the spectrum…I’ll be continuing my part in finding more opportunities to work with during the autistic community’s special month.” 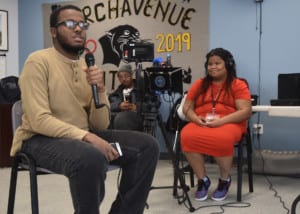 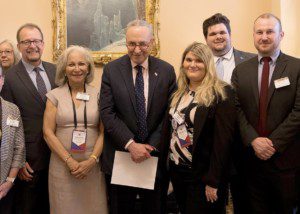 From Albany to Washington D.C.: Making Our Voices… 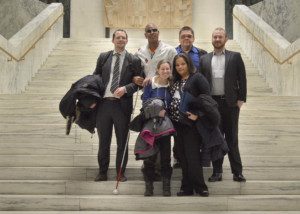