The Disability Policy Seminar afforded nearly 1,000 professionals, self-advocates, and family members of people with disabilities the opportunity to learn more about important legislative issues, make connections with their peers from around the country, and advocate for programs and services vital to maintaining their independence and quality of life. Held from April 23rd through April 25th in Washington D.C., the seminar featured two days of presentations from experts and activists and one day reserved for attendees to meet with legislators from the U.S. House of Representatives and the U.S. Senate. 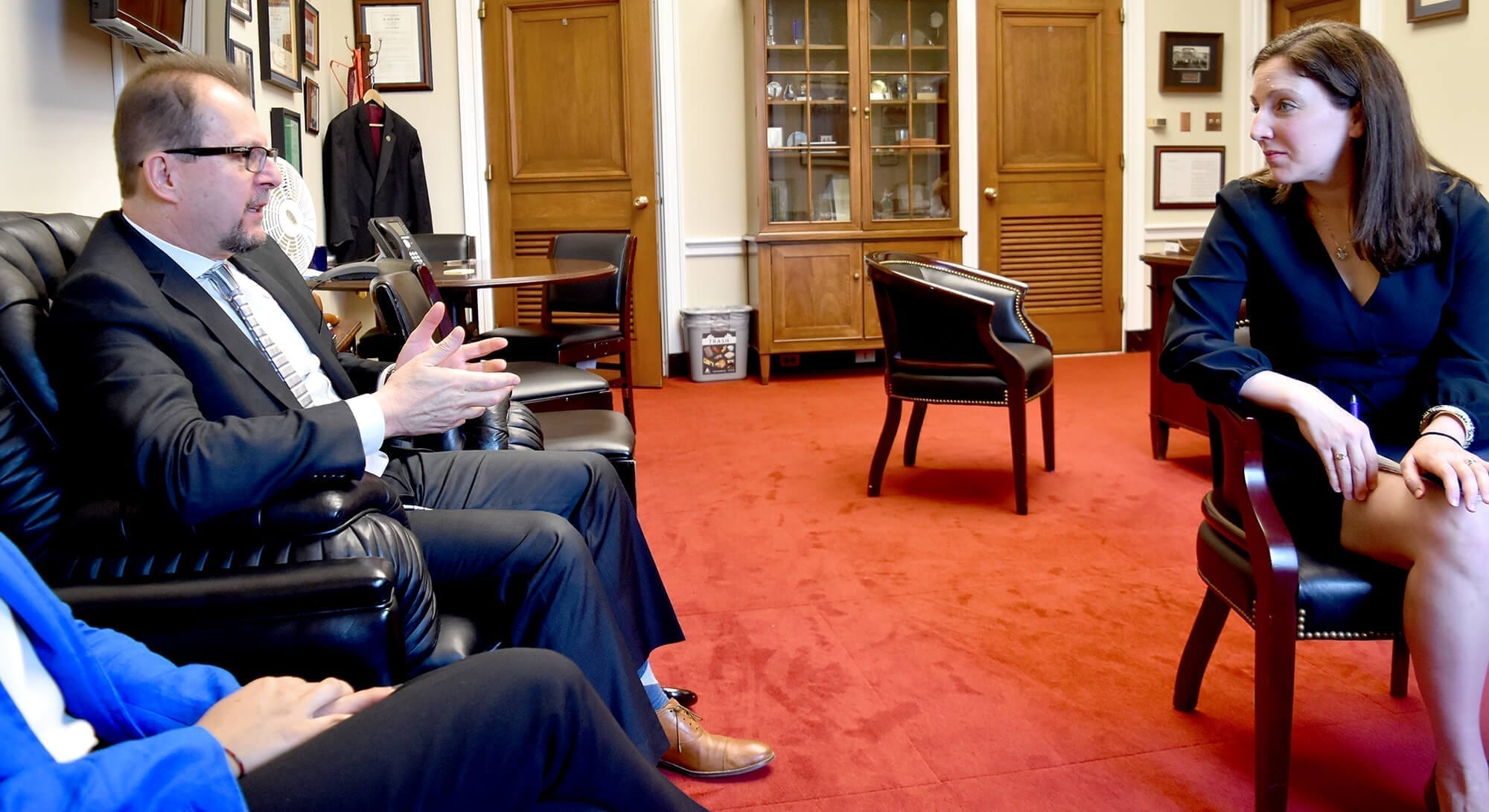 “It was a great experience to be in the company of over 950 advocates from all over the country to focus on issues of common concern,” said Laura J. Kennedy, President of The Arc New York and a Board Member of AHRC New York City. “We had a nice contingent from New York, with over 20-something Arc members and 65 advocates in total from the state from all different groups.”

During the general sessions, speakers gave impassioned addresses on a variety of topics. Catherine Lhamon, Chair of the U.S. Commission on Civil Rights, focused much of her seminar-opening speech on the threats people with disabilities face to their freedoms, especially in regard to voting rights, as polling places are inaccessible and voter ID laws are wreaking havoc on their ability to cast a ballot. Later speakers discussed the explosion of activism seen in 2017, including a testimonial from Kansas native Mike Oxford, who helped organize the “die-ins” at Senate Majority Leader Mitch McConnell’s office during the ultimately unsuccessful Affordable Care Act repeal attempts. 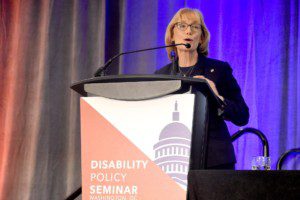 On Tuesday morning, Senator Maggie Hassan (D-NH) affirmed her support for Medicaid, the Affordable Care Act, and the Americans with Disabilities Act while encouraging people to remain politically engaged. “Democracy is about sharing power,” Senator Hassan said. “People don’t give away their power; other people need to stand up and fight for their share of the power.”

Conference attendees had their choice of smaller sessions to attend that went in-depth on specific topics. Examples included how to have successful advocacy visits on Capitol Hill, updates on education policy and healthcare policy, and seminars about Medicaid, Social Security, and federal funding mechanisms. Individual state caucuses had lunch on Tuesday to discuss lobbying strategies at the following day’s congressional meetings. 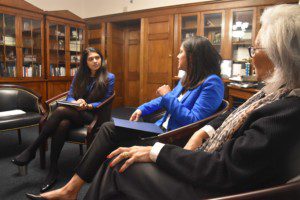 Staff and board members from AHRC New York City and The Arc New York met with aides for two congressmen from the five boroughs. Jerrold Nadler has represented large swaths of Manhattan and Brooklyn in the House of Representatives since 1992 while Joseph Crowley serves citizens in Queens and the Bronx and is the Chair of the House Democratic Caucus.

Laura J. Kennedy; Sharyn VanReepinghen, President-Elect of the AHRC NYC Board of Directors; and Anne Gordon, AHRC NYC Board Member, told powerful first-hand accounts about how funding Medicaid allows their children with developmental disabilities to live in residences, work at the jobs of their choosing, and attend day habilitation programs. “As we look to preserve the quality of life that we have for people with I/DD, we must convince our federal legislators to not cut the discretionary programs that keep our people healthy and integrated into the community,” Laura said. 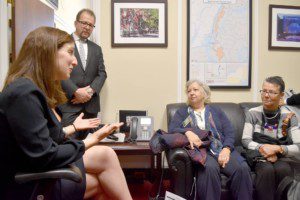 AHRC NYC CEO, Marco Damiani, and Jui Agrawal, Senior Policy Analyst, expressed concern that with the recent tax law adding trillions of dollars to the federal deficit over the next decade, programs vital to disability service providers and the people they support, such as Medicaid and Social Security, will come under attack as a cost-savings measure.

Rep. Nadler’s Senior Legislative Assistant, Melissa Connolly, affirmed the congressman’s support of these programs moving forward, stating that it would be unacceptable to cut life-saving legislation to pay for a tax cut. Kripa L. Sreepada, MHA, Legislative Assistant to Rep. Crowley, is similarly committed to ensuring that Medicaid funding levels are not negatively changed.

AHRC NYC thanks our allies in Congress for their continued support, and thanks also to our colleagues across the country who strive toward ensuring the rights of all people with disabilities!