Others honored at the gala were:

Over 20 Years of TBI Services

AHRC New York City provides an array of community-based and medically-based rehabilitation services for people with Traumatic Brain Injuries. People are provided with a full day of community-based skill development, and a variety of educational, cultural, and volunteer opportunities. AHRC NYC provides TBI services at two locations—one in the Bronx and one in Brooklyn.

Barry Dain, President of BIANYS’s Board of Directors, lauded AHRC NYC’s accomplishments in the TBI field.

“These community supports [that AHRC NYC provides] are highly needed, as are the organizations that take action on behalf of this community,” Mr. Dain said. “To the staff that has joined us here tonight, thank you for your commitment to individuals impacted by brain injuries.” 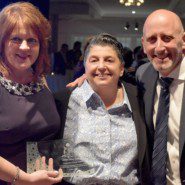 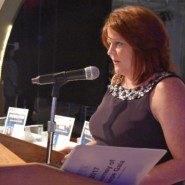 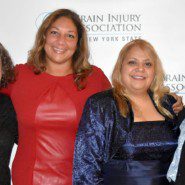 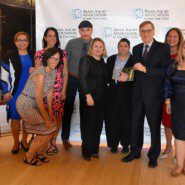