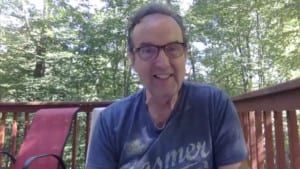 Dale Hensley has worked with people with disabilities at AHRC NYC for over three years, rehearsing songs, dances, and scripts from a variety of musicals and staging live performances at Broadway’s Jerry Orbach Theater.  A seasoned Broadway performer in his own right, Dale first volunteered his professional talents as a means to do something positive for other people, inviting several professional Broadway actors along for the journey.  What resulted was a project that pairs first-time performers with disabilities with seasoned Broadway stars, who together create ensemble performances that bring uproarious laughter and tears to the eyes of audience members.   When Dale’s initial efforts yielded positive benefits for the performers supported by AHRC NYC, he was hired full-time to expand the Broadway performance program.  He hasn’t looked back and continues to provide new creative opportunities and experiences for everyone who is involved in what is now known as Our Broadway. 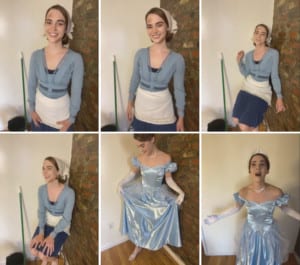 The whole-hearted approach that the actors with disabilities take to their rehearsal reminds the professional Broadway actors what performance is all about. “It keeps it fun,” says Broadway actress, Samantha Bruce, who has been performing with Our Broadway for a couple of years.  “It takes so much pressure off.  It’s focused on what it’s supposed to really be about, not ticket sales and producers. It’s about being together and doing it.”  Samantha notes that the unique performances have tended to remind the professional Broadway actors why they came to New York City to perform in the first place.

Evident by their applause, audiences have really enjoyed the music and storytelling as it unfolds on the stage, as well as the transformative nature of the performance process, which can be seen in the actors with disabilities as they achieve their goal of putting on a successful show.

“I’ve really learned with this,” says Dale.  “If we’re in the theater, you can rehearse and rehearse and rehearse.  It’s all going to be different on the day that you do it [the live performance].  I don’t want our performances to be Hollywood slick.  I want little bumps here and there because that’s part of the charm of what we do.”

When each show ends and the actors line up on stage to take a bow, their faces beam with pride, not for having performed with perfection, but for having accomplished something really wonderful and unique, for taking on a challenge that no one previously might have thought possible.

In March 2019 when it became apparent that the COVID-19 pandemic had arrived in the United States, Dale and the group had to suddenly change course. With everyone staying at home to be safe, the people supported by AHRC NYC no longer had a creative outlet to express themselves.

Dale’s solution was to connect with the performers online through the Zoom teleconferencing service.  Gathering virtually from the comfort of their own homes, the actors transitioned from live stage performances to something entirely new, facing fresh challenges along the way as they figured out how to continue sharing stories and songs through a new medium. 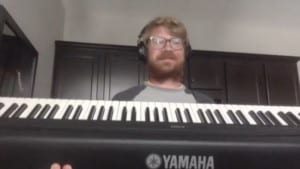 Performing via Zoom is different from performing on stage, where actors are able to connect with each other more easily, taking cues from their fellow performers in a scenario where direct eye contact is always possible. Since the Zoom performances are taped, the actors often jump from scene to scene without regard for the order of the storyline. Musical Director, Ian Miller records all of the musical tracks ahead of time to allow Dale the opportunity to work with and record some performers on an individual basis.

“It’s definitely strange,” says Samantha.  “Part of what makes this program so special is the actual rehearsal with your castmates in the theater and the love from the audience.  It was hard doing it from my empty bedroom in New York and missing out on that, but Dale streamlined the whole process and made it very easy.” 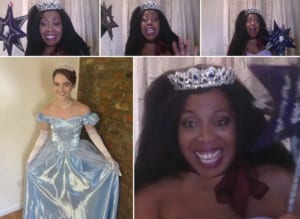 “When I was able to do the performances in-person, it was so fulfilling. I love all of the performers, and I look forward to every time I get to perform with them,” says Broadway actress, Kimberly Harris, who had previously participated in live Our Broadway performances of Hairspray, The Lion King, and A Christmas Carol along with performers supported through three of AHRC NYC’s Adult Day Center programs.  “This Zoom is very different, not being in close proximity with everyone and being able to bounce off of that energy.  All of this has been a great lesson in just having fun, giving what I’ve got, and not judging it.  I’ve had to learn to just let it all go, and Dale helps me with this.” 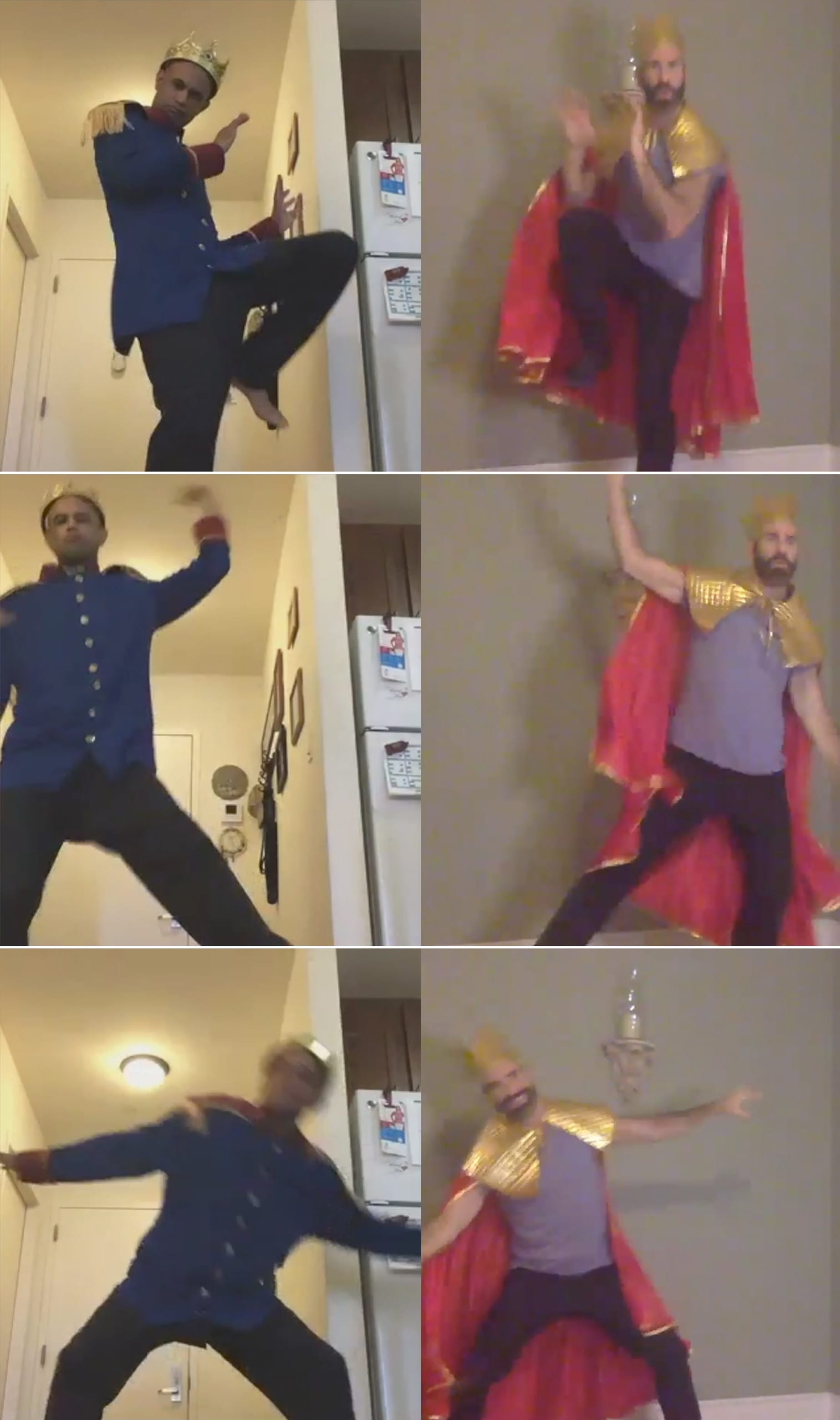 In large part, the Zoom performances have been successful because of what the performers with disabilities bring to the project.  Jessie Perkins enjoys singing and dancing and brings energy and enthusiasm to Our Broadway.  “I like being in the front of the audience,” Jessie says. “It satisfies me.”

Using Zoom, Dale worked one-on-one with Jessie to practice dance numbers for Jessie’s latest performance role of Prince Christopher in Cinderella, a musical that the Our Broadway ensemble recently performed virtually. Jessie and Broadway actor, Brad Bradley later rehearsed together in Zoom sessions to create a syncopated dance number that is featured in the musical.

“He picks up dance steps so quickly,” says Samantha, who danced with Jessie as part of the group’s prior performance of The Wizard of Oz.  “I think he got it faster than I did.”

In addition to dancing, Jessie also creates the artwork that accompanies the performance video.  Dale works to bring the best talents of each performer into the spotlight while planning the performances. 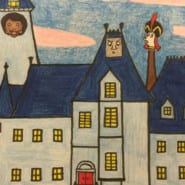 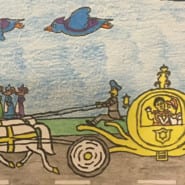 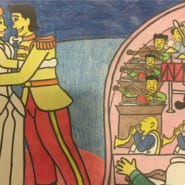 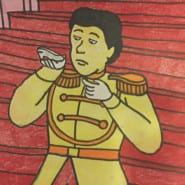 The Show Must Go On

For their next project, Our Broadway will be filming a Zoom-based version of A Christmas Carol, a musical that they have performed on stage during each holiday season for the past two years.  Mailing costumes to the performers has proven to be an arduous task, so for this performance, Dale has asked Jessie to create some new artwork to provide a sense of holiday cheer to the upcoming performance.

When asked what imagery he will create to augment the holiday musical, Jessie replies, “Fruit Cake and egg nog, milkshakes, and chocolate cakes.”  Clearly, Jessie and his fellow performers are ready to share the joy of the holiday season with audiences, be it via the internet, or in-person. 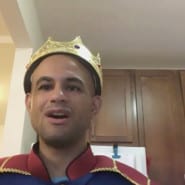 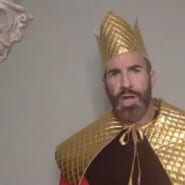 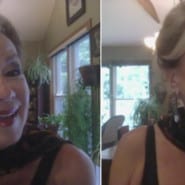 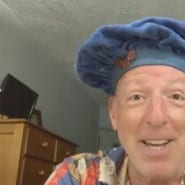 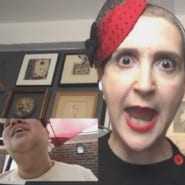 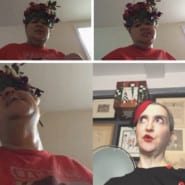 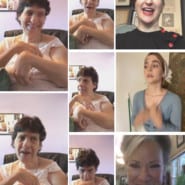 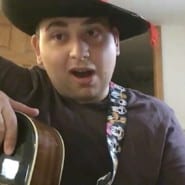 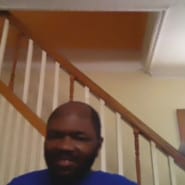 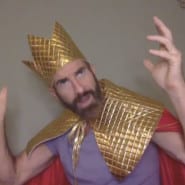