AHRC New York City’s 68th Annual Meeting may have been held at a new venue, but it still had the same uplifting speeches, important messages, and sense of goodwill that the event has become known for. Held at Pace University‘s Bianco Room, the Annual Meeting provided an opportunity for AHRC NYC to celebrate the people who receive its services and support, staff members, and families for another successful year of providing services to people with intellectual and other developmental disabilities. Additionally, the Board of Directors’ election results were confirmed and new and current board members were installed.

Great Achievements in the Face of Great Challenges 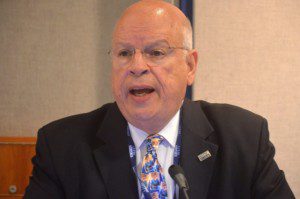 President of AHRC NYC’s Board of Directors, Angelo Aponte

The evening began on a more serious note as Angelo Aponte, President, AHRC NYC Board of Directors, spoke of the “serious challenges in providing the services for our children and siblings.” Years of budget cuts at the state and federal levels have drastically altered the landscape for service providers, making it increasingly difficult to effectively provide quality services to people with disabilities.

“This governor has broken with the past in keeping the promise to our families,” Mr. Aponte said. In response, he announced the formation of a coalition called Keeping the Promise, which will remind Governor Andrew Cuomo of New York State’s commitment to protecting people with intellectual and other developmental disabilities.

Mr. Aponte then introduced Gary Lind, Executive Director, who was presiding over his final Annual Meeting, as he announced earlier this year that he will be retiring in December. Mr. Lind highlighted some of AHRC NYC’s achievements from the past year, including investing in technology for people receiving services, the opening of ArTech at the Howie Stone Day Services, our successful 18-month review from the Council on Quality and Leadership, and the upcoming opening of new residences in Brooklyn and the Bronx.

“Despite many challenges, we remain a strong, vibrant, and vital agency,” Mr. Lind said. “Being associated with this fine organization has been the pinnacle of my professional career.”

The first award of the evening went to Ian Maiorca, who is supported through Cyril Weinberg Day Services.  Ian has been learning the skills of a Sales Associate while participating in a job training program and has greatly expanded his social skills by trying new experiences. “This award means a lot to me and makes me proud!” said Ian. “I love my teachers and everyone at Cyril Weinberg. Thank you to my family, my dog Pilot, and everyone!”

Kristin Thatcher was honored for bringing her love and enthusiasm to various programs throughout AHRC NYC, including the Board Camping Committee, the Hotel Respite group, and children who participate in the Staten Island Saturday program.

Alexander Irving, a student at Esther Ashkenas Central Park Early Learning Center, has made great progress in his time at the preschool and is more independent and confident every day. 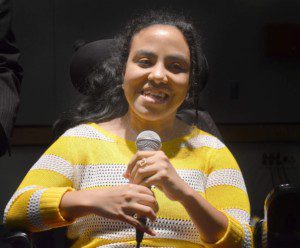 With support from AHRC NYC’s Employment and Business Services, Nelcy Ramirez has interned with OPWDD’s Office of Housing since 2010, and due to her hard work, she was hired as a permanent employee. “I want to thank everyone,” she said, “But mostly the people that couldn’t be here today because we have so much work to do in the office. I also want to thank my aides, because without them I wouldn’t be able to work.” Nelcy is an advocate for people with developmental disabilities and economic hardships, and also provides training for people, and educates them on how to obtain affordable housing.

Alonzo Taylor Alonzo is a true self-advocate, having found his own jobs, planning activities, and ultimately pursuing his goal of increased independence through AHRC NYC’s Individual Services and Supports program, (ISS). When he was ready to pursue this option, Alonzo was able to find an apartment in his Staten Island community and met with the co-op board to discuss why he wanted to move in.

Kyandra Solomon has made great progress with travel training in the past year. With support from AHRC NYC’s Home Care staff, she has become more independent in exploring community resources and making choices for herself. 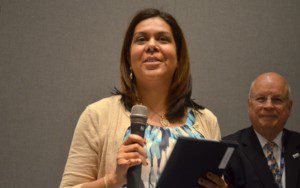 The Annual Meeting also provided an opportunity for the organization to recognize the professionalism of its staff.

“Thank you for believing in me and seeing something in me that I couldn’t see in myself so many years ago.”

The following staff members were honored for their outstanding work in support of people with intellectual and developmental disabilities and their families:

“If you bring your passion, if you bring your dream to us, we can all together make better opportunities for the people we support. Who says the sky’s the limit when there are footprints on the moon?”

The Helen and Jack Gorelick Sibling Scholarship was awarded to Odaris Palacios, who has a sister with a disability. 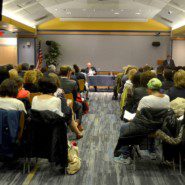 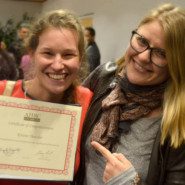 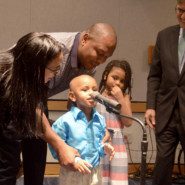 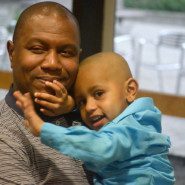 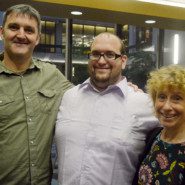 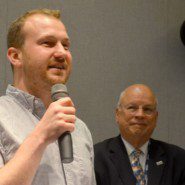 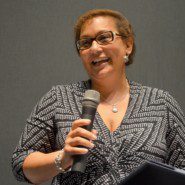 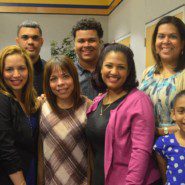