The article below was written by Michael Weinberg, Director, Residential Services

On Thursday, October 24, 2019, the Rivera Fund for Social Policy, in conjunction with the Social Work Department of the College of Staten Island, sponsored a Public Conversation on Employment. During the event, David Sullivan (Tysens Lane IRA) who works at Flagship Brewery, and Brian Bershad (Kensington IRA), who works at Staten Island University Hospital, shared their experiences with community members, local representatives, CSI students, and faculty. As Storytellers, they were able to inform attendees on the importance of work and the need to focus on people’s abilities. Danielle Eilenberg, Nyoka Simmons, Michael Prindle, Esteban Gonzalez, Lucia Rossi, and Michael Weinberg represented AHRC New York City as hosts as a part of the #EmployAbility and #NDEAM effort.

The Rivera Fund was established in 2015 “to provide support for conferences, symposia, lectures, and publications with the intent to influence public policy and services for people with disabilities.” AHRC NYC has been an active participant in the series since its founding, engaging in a variety of topics including the legacy of Willowbrook, deaf culture, and the personal stories of people with I/DD in Staten Island. 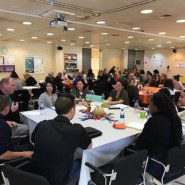 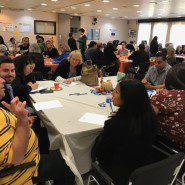 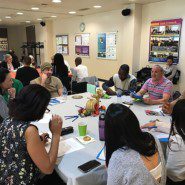