Over the past month, musicians from AHRC New York City’s Far Rockaway Day Services have had the opportunity to collaborate with community artists Sara Galassini and Annalisa Iadicicco and music volunteer Ivan Dalia on an exciting new initiative. The Blue Bus Project brings different disciplines of art into the community through collaboration with different groups, aiming to “promote dialogue for economic, social, artists and political change by way of performance and visual arts.”

The main focus of the initiative, entitled L(yical) P(lay), was the exploration of music-making and the exploration of sound. The Blue Bus Project uses interdisciplinary artistic practices in playful conversations and activities for the co-creation of songs and the release of an LP by establishing a safe environment for participants to engage in musical experiments, handcraft activities, and storytelling practices. 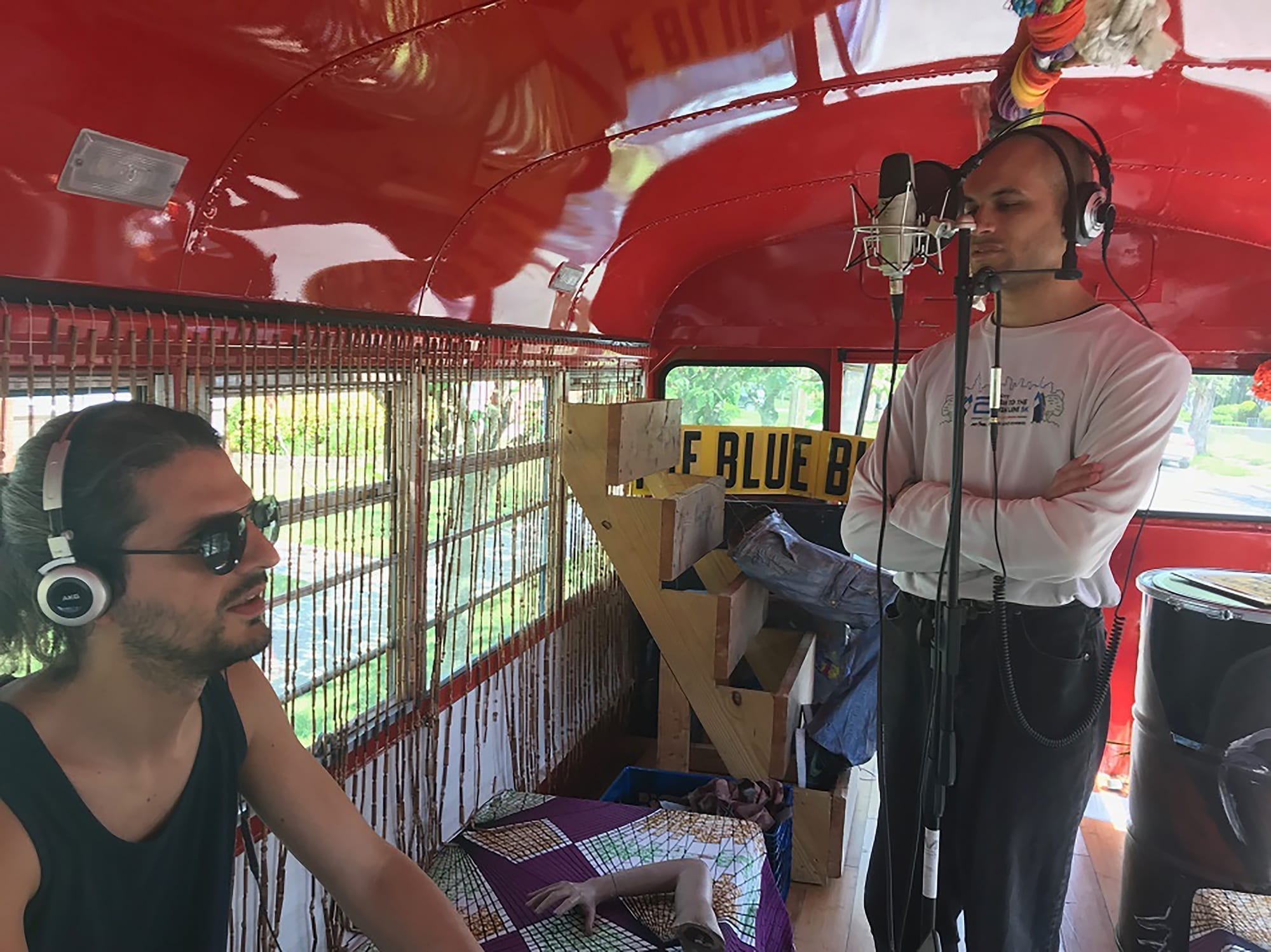 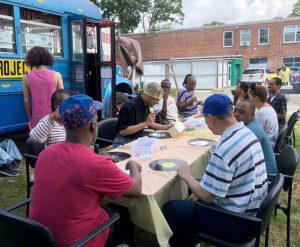 The artists used different rhythmic exercises to build beats that would later become the background to the songs created by the group. Musicians also had the opportunity to record their own lyrics on a microphone on the Blue Bus itself! In addition to the exploration of different sounds, musicians had the opportunity to design their own album covers, which later would be the album art to the three songs created by The Blue Bus Project and the musicians involved.

The final workshop included the presentation of the three songs created by the group as well as a celebratory party. Musicians and community partners enjoyed a nice barbecue and were able to finalize their album covers. Overall, the experience allowed many musicians to open up and feel confident in sharing out loud with a larger audience.