AHRC New York City has found a lasting community and corporate partner in NBCU/Comcast. For the second consecutive year, employees from the telecommunications giant spent an early spring Saturday at an AHRC NYC facility, this time venturing to Long Island City’s Cyril Weinberg Day Services to assist in beautifying the perimeter of the building as well as the garden and lounge area in the parking lot across from the facility.

Comcast Cares Day was a family affair for both NBCU employees and AHRC NYC staff members. Many partners brought their kids with them to participate in the gardening and arts and crafts activities, and some NBCU employees invited family members to join in on the good spirits.

Partners that arrived the earliest began the day’s activities by laying down mulch and planting small flowers and shrubs all around the day center. Comcast employees received instructions and encouragement from a number of AHRC NYC employees, including Darinka Vlahek, Director of Arts and Community Outreach, and Matthew Weiler, Associate Director, Day Services. 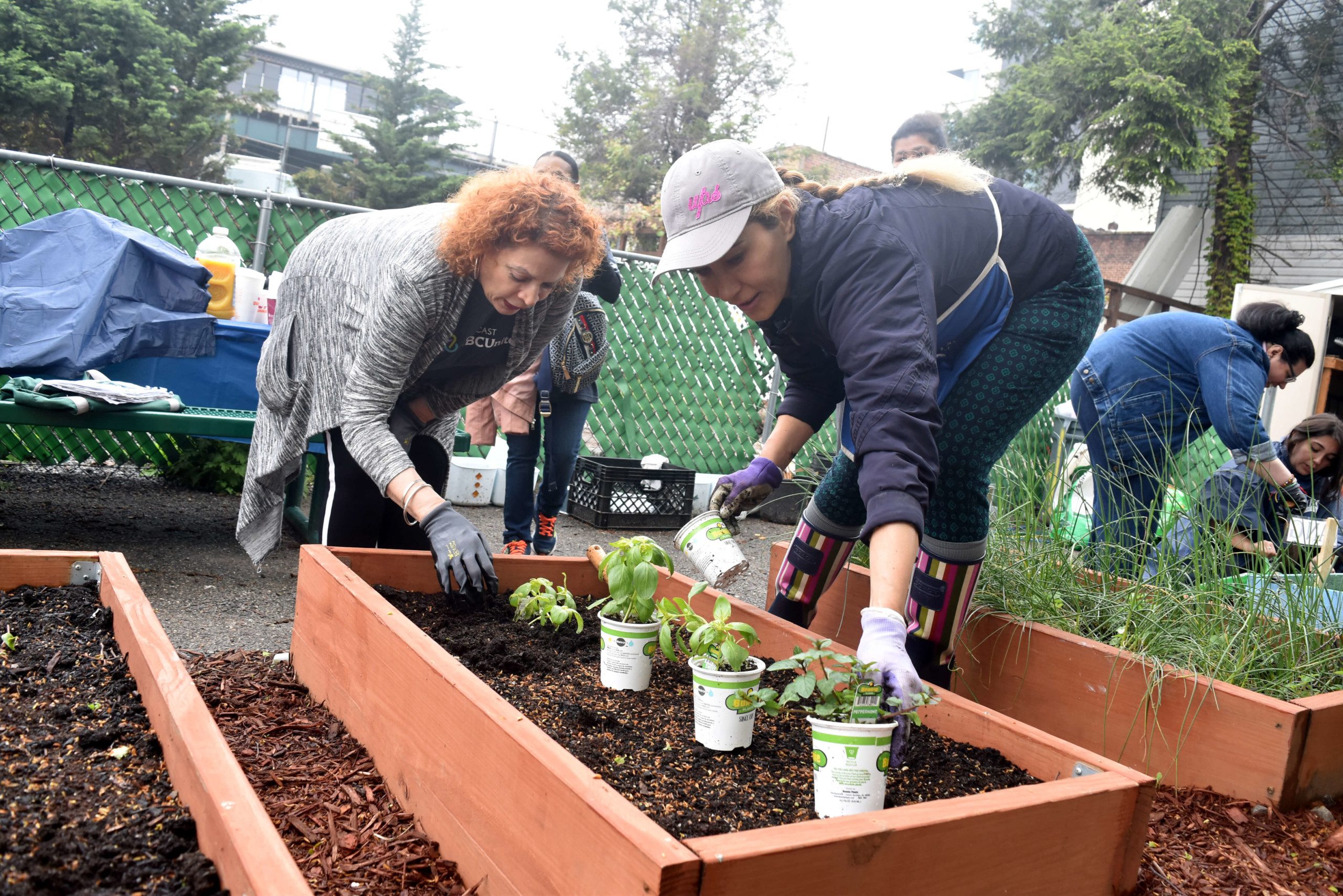 Later, Judy Tanibajeva, Art Consultant, directed partners in the garden area. In an effort to continue the success Weinberg had with its planting last year, Judy and the partners planted a wide variety of fresh herbs, including basil, rosemary, cilantro, and parsley. In the lounge area, more partners painted the back wall while staff and people supported by Saturday adult and teen recreation programs custom-painted stones that could be used to decorate the garden.

Last year, Comcast/NBCU visited AHRC NYC Fisher Day Services to brighten up that facility with a new paint job, clean rooms, and a range of community engagement activities such as soap-making and embroidery. This came on the heels of NBCU’s George to the Rescue program completely remodeling two rooms at Fisher, beginning a fruitful relationship between AHRC NYC and Comcast/NBCU.

“Comcast Cares Day is one of the best illustrations of our employees’ commitment and the passion they have for volunteerism and giving back to our communities,” said David L. Cohen, Senior Executive Vice President and Chief Diversity Officer of Comcast Corporation. “I look forward to this time each year when we come together with our community partners, friends, and families, to make a positive impact around the world.”

Children of AHRC NYC employees were among the most helpful volunteers at the 2019 edition of Comcast Cares Day.

Back at Weinberg, the mutual good feelings were palpable during a communal lunch. “We accomplished so much out in the garden today,” said Karen Zuckerman, Director of Community Partner Engagement for AHRC NYC. “You should all be proud of the work you did in just one morning. We couldn’t have done this without the support and kindness and caring from everyone at NBCU/Comcast. Everybody has worked so hard today, from the littlest kids to the adults.” 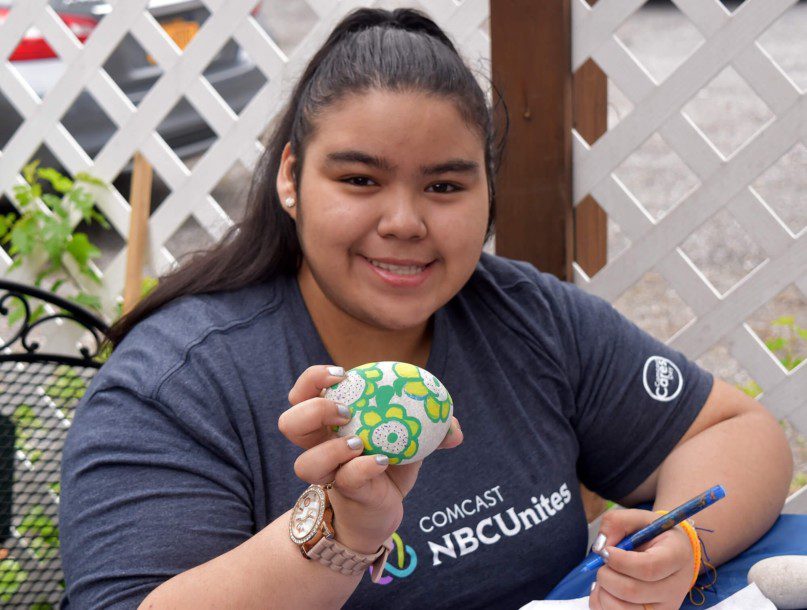 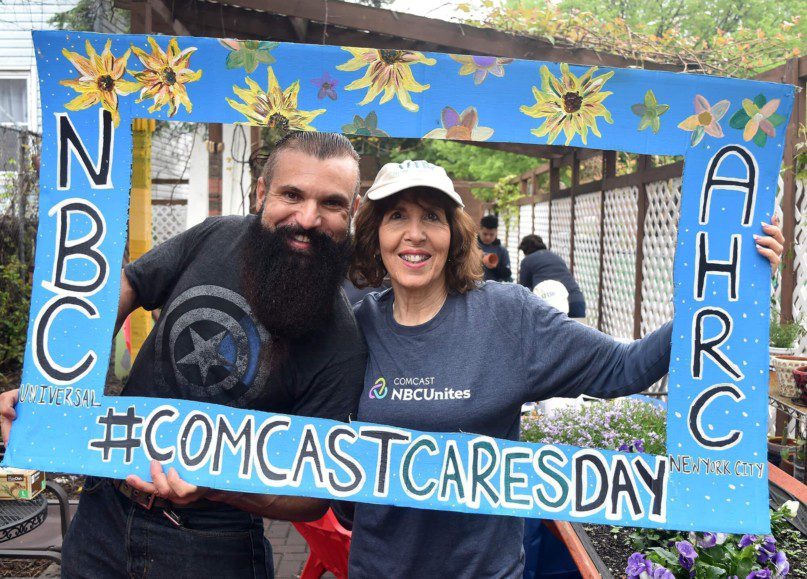 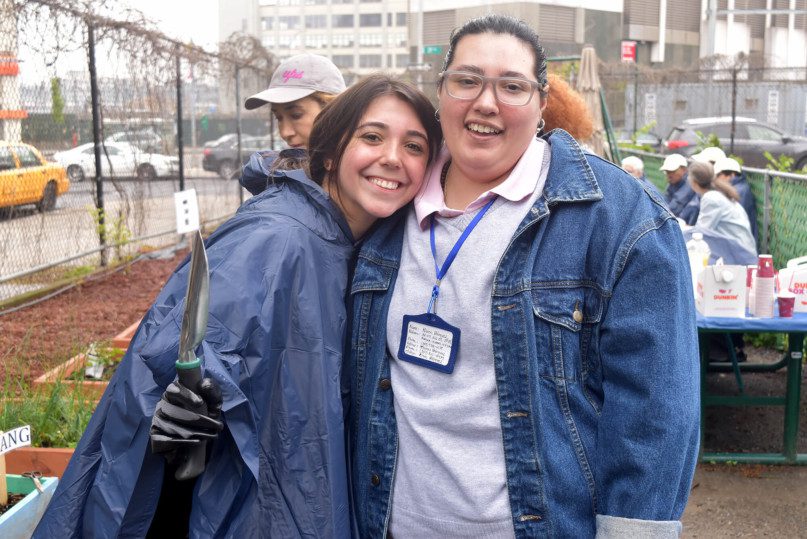