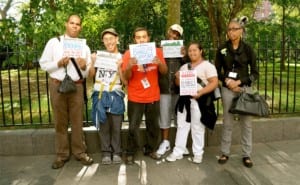 People gathered to show their respect for and thanks to the Direct Support Professionals who touch their lives every day.

September 9th through the 15th is National Direct Support Professionals Appreciation Week, and it is with pride that AHRC New York City celebrates those who support children and adults with intellectual and developmental disabilities in living dignified lives and in contributing to their communities.

More than 75,000 Direct Support Professionals, (DSPs,) work in New York State, many of them right here in New York City. Employed by hundreds of not-for-profit organizations across the five boroughs, DSPs are the backbone of organizations in our field, and their dedication and commitment to the people they support goes beyond any commitment to a job. They are committed to making sure that people with disabilities lead rich lives.

The Value of Direct Support

Nationwide, there are approximately 1.4 million individuals with disabilities who rely on DSPs to live and work in their own communities. Unfortunately, there are only about 875,000 direct support workers. One of the biggest barriers to providing services to people with disabilities is the ability of care organizations to hire and retain strong direct care staff. The quality of provided services is extremely important, as DSPs support a person’s most intimate daily needs, such as preparing meals, helping with medications, bathing, dressing, and transportation. They also provide families of people with disabilities with the time to go on errands or to spend an evening away from home, with the knowledge that their family member’s care is in the right hands. Working in homes, the workplace, and day, recreation, and socialization programs, DSPs are there every step of the way, to promote meaningful community inclusion. 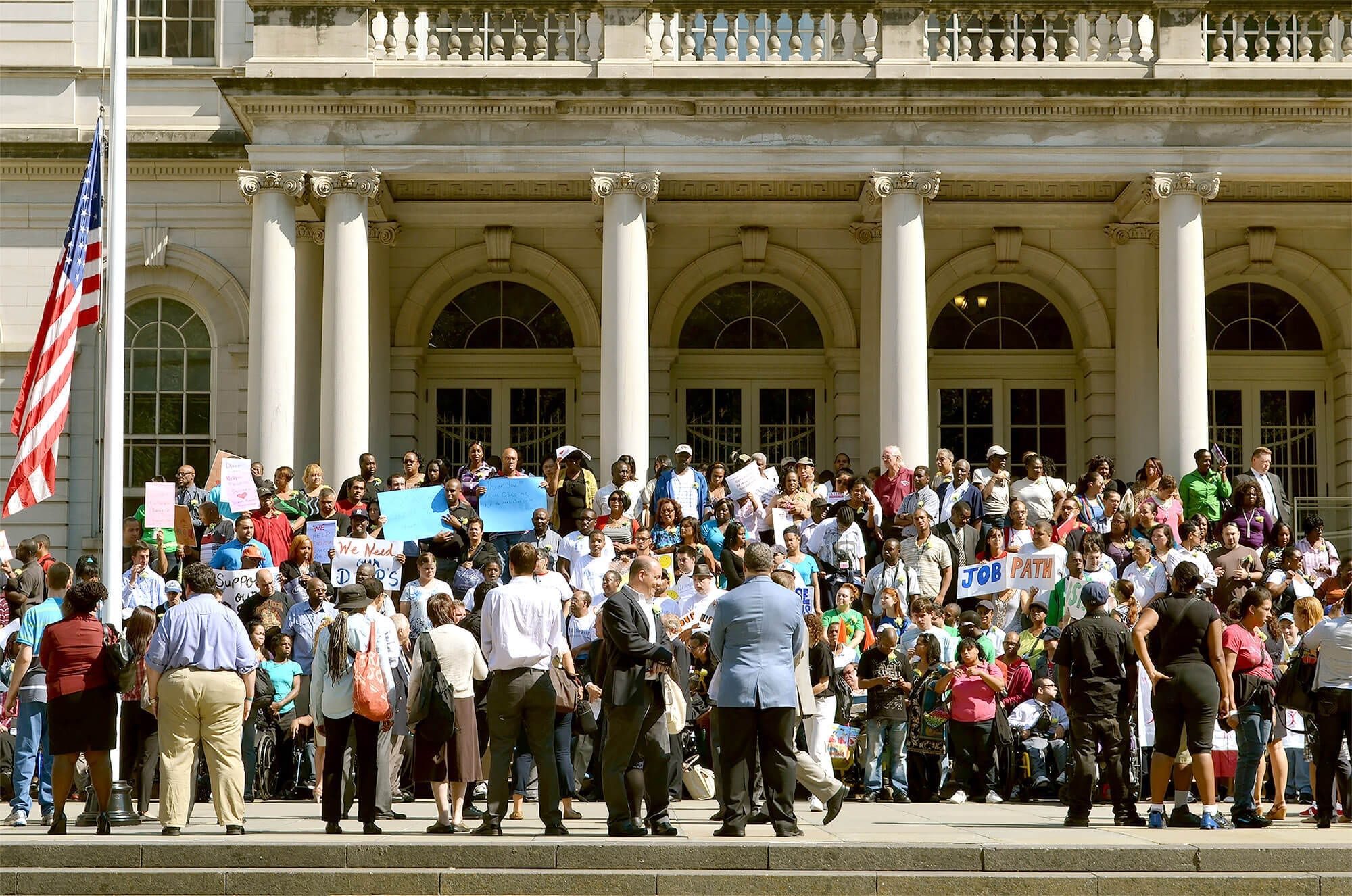 Nationwide, there are approximately 1.4 million individuals with disabilities who rely on DSPs to live and work in their own communities.

On Friday, September 14, 2012, DSPs from across the city, people receiving support, and their families gathered on the steps of City Hall in lower Manhattan, to show their support and appreciation for those who have dedicated their careers to performing these vital services.

Elected officials joined in recognizing this dedicated workforce, who have a profound impact on the lives of nearly 100,000 New Yorkers with developmental disabilities. 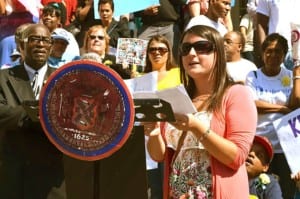 Among the direct care workers who were invited to speak about their professional experiences during the recognition event was Samantha Holloway. Samantha has worked as a Community Support Professional at AHRC New York City’s Day Habilitation Without Walls program since October 2009. Activities and services of the without walls program begin at the home of the person receiving services and continues in the community throughout the day. Providing support under this scenario required Samantha to overcome the challenges of a highly independent and frequently isolated setting, far away from the guidance of a supervisor’s office or the camaraderie of colleagues. In the course of service provision, Samantha often faced inclement weather and transportation obstacles as she sought community-based destinations in which to deliver meaningful and productive service.

Samantha spent her first year as a CSP primarily supporting a woman with limited mobility and high support needs until that woman moved away to live closer to her family. In the years that followed, Samantha worked with a person with substantial hearing loss and intellectual disabilities. The woman was at first skeptical about enrolling in a ‘day program,’ but after nearly two years of receiving support, she has a new outlook, as she spends her days with a mentor who supports her to explore adult life and to pursue her dreams as a productive and valued member of her community.

“The people I work with and support amaze me every day and no matter what challenge or personal matters I may have going on in my life, they just have the power and ability to make me smile and feel happy every single day, and I am so thankful to them for that,” said Samantha, as she spoke to the crowd.
“Much of what has made AHRC New York City’s Day Hab Without Walls program successful is due to the innovation and commitment of CSPs like Samantha, who embraced the opportunity to build something new and to facilitate community life for the people who we serve,” says Heather Gazzaley, Program Director, Day Hab Without Walls. “Samantha’s new colleagues all benefit from the problem solving, community exploration, and standard of professionalism that she set as the norm for her fellow CSPs.” 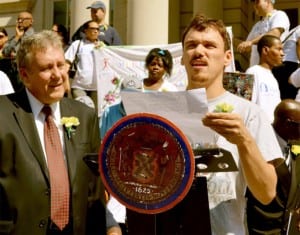 Margaret Sexton is a Community Support Professional who has worked at AHRC New York City’s Joseph T. Weingold Day Services for five years. In her work, Margaret combines the utmost in professionalism with a kind heart and caring nature. As an Everyday Hero, Margaret supported Stephen Showalter in achieving his dream of becoming an athlete and participated in several running events with him. She also helps the people she supports to make connections in their communities.

“Thank you so very much for your recognition and kindness. Please note, that I am but one small piece of a large picture. AHRC direct care staff, management, and substitutes work together as a team to give our individuals the best lives possible,” said Margaret, from the steps of City Hall. Stephen Showalter was also invited to speak during the event.

Please join AHRC NYC in recognizing the dedication and vital role that DSPs play in the lives of millions of individuals with developmental disabilities! 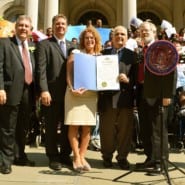 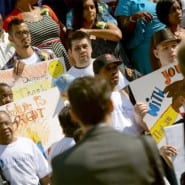 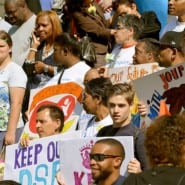 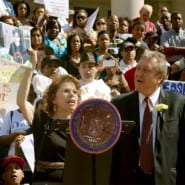