Getting Animated with Diego Francica 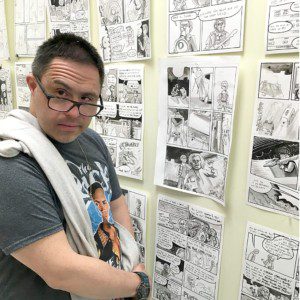 The walls of AHRC New York City’s ArTech are lined with all kinds of creativity, and Diego Francica’s comic book sketches are among the most prominent pieces. “When I was 13 years old I started drawing,” Diego said. “I love it. It’s me always trying something new.”

The drawings hanging up in ArTech at the Howie Stone Adult Day Center are just a fraction of Diego’s output. His personal sketchbook contains dozens of pages of original scripts, comic book panels, and renderings of unique characters.

“This is Media Man,” Diego said, pointing to a man on the page that had his eyes covered by a black cloth, a dark cape, blue pants, black boots, and a green shirt with a yellow “M” in the middle. “He’s inspired by Batman.”

Diego said he often uses his favorite pop culture themes as inspiration for his artwork, including wrestling, movie musicals such as Grease, and the Friday the 13th slasher flicks. “You have to write the script first, and then you draw the characters.” 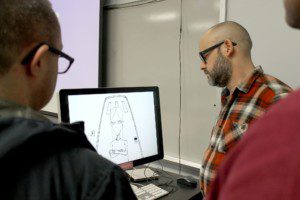 Diego’s boundless creativity caught the attention of Andy London, a Professor of Animation at CUNY-Hostos Community College and a Visiting Lecturer on Visual and Environmental Studies at Harvard University. Through his work with CUNY Unlimited, a credential program in development through a grant partnership with the University of Rochester, CUNY, AHRC New York City, the NYC Department of Education, and the Melissa Riggio Higher Education Program at Hostos, Andy made a visit to ArTech was introduced to Diego and his expansive work.

“I thought it would be cool if Diego could join the animation class,” Andy said. “This way he could access all kinds of equipment and get feedback on his ideas.”

A Bright Future in the Class

Other students pitched to help welcome Diego to the class. One cohort, Nairobi Cordero, said that she too has been writing her own scripts for over 10 years. She advised Diego on how to ensure animation concepts are original so he doesn’t run into copyright issues. Additionally, Nairobi recommended uploading photos and drawings to a safe, secure service like Google Photos so that Diego always has access to them.

Later in the class, Professor Andy screened samples of student films made in the past. He said each film can take up to nine months to complete, from creating a script to storyboarding to assembling the final product. He asked each class member to grade films based on four categories: writing, animation, sound design, and art direction. 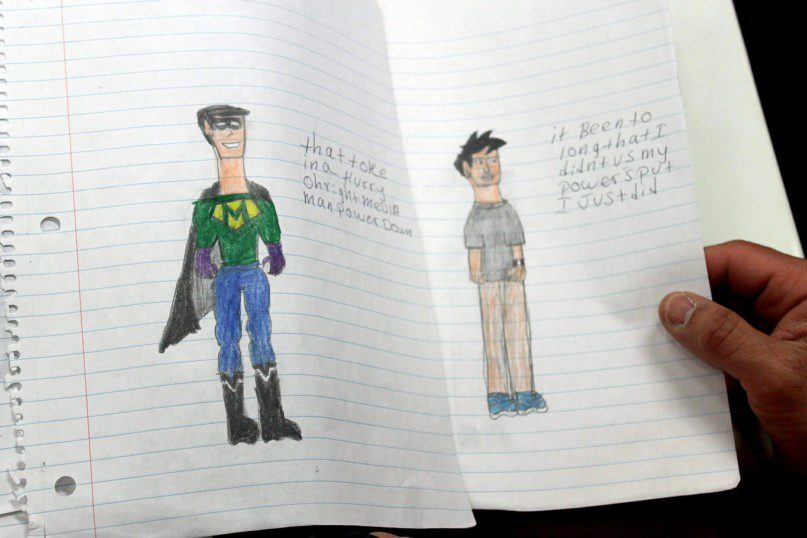 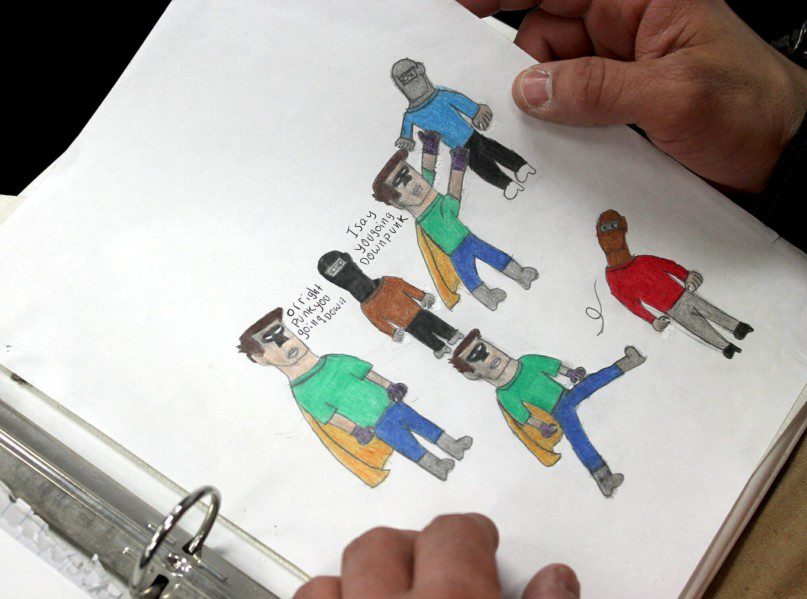 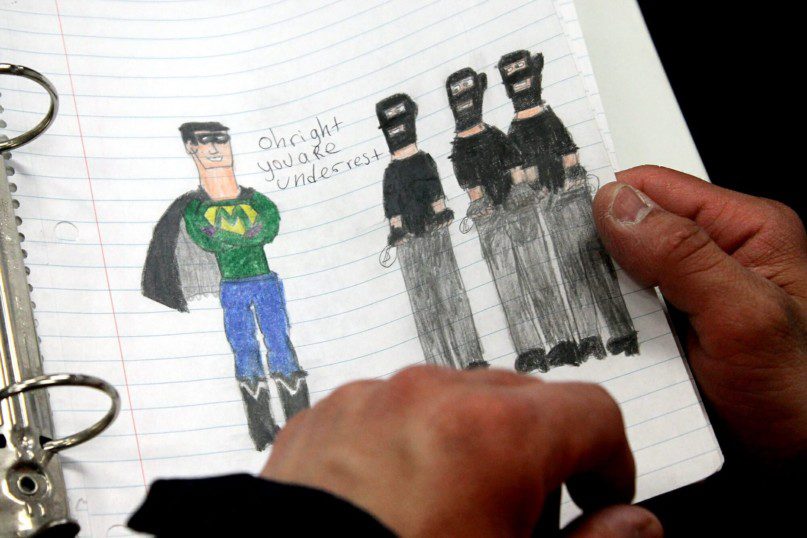 The professor has big ideas for Diego moving forward. “I want to teach him how to make a film with a story based on his scripts. I want to teach the principles of character animation so he can take the characters he already knows how to draw and have them move around and talk. I really like his animations and I hope Diego can inspire the other students and learn a lot more about animation.”

Visit ArTech at the Howie Stone Center on Facebook and on Instagram for updates about Diego’s work and all of the other wonderful artists that are a part of the collective.