Marco Damiani, CEO of AHRC New York City, was a guest on WFAN’s PSA Program hosted by Bob Salter on the morning of Sunday, February 3rd.  Marco was invited to discuss AHRC NYC and its mission, legislative and societal issues affecting the disability field, and AHRC New York City’s Thurman Munson Awards Dinner that was held the following Tuesday, on February 5th.

“Our goal is to realize people’s potential and empower people with disabilities to have the lives that they want to have,” Marco said at the start of his interview, which begins at minute 41 in the program. He traced the history of the organization back to Ann Greenberg’s six-line New York Post ad in 1948 and its rapid growth into one of the leading organizations supporting people with intellectual and developmental disabilities and their families.

Marco discussed the abilities of many people supported by AHRC NYC. “They do things that I can’t do,” he said. “I was walking through a program last week and I ran into a guy actually writes code. He has autism, yet I can’t write code. Another really good example is that we have amazing artists in our organizations. Their work is terrific, it’s passionate, it tells a story. We have to realize potential, whether it’s our staff, the people we support or their families. I think it sets a tone that we all have something to give as long as we’re patient and pay attention and we listen, we can have a great impact on people’s lives.”

Adding Value to the Workforce

Regarding the ways in which society has shifted in interacting with people with disabilities, Marco and Bob discussed how employers have been seeing the unique talents of those with autism and other conditions. “It’s no longer charity to hire people with disabilities; it’s good business,” Marco said. Bob asked about how people react to those with disabilities come into their neighborhoods, and Marco said that there is far less push-back to residences and day programs in local communities than in years past. Marco also highlighted the Melissa Riggio Higher Education Program as a powerful example of the increased integration the disability community has been experiencing in recent times.

Marco also stated AHRC NYC’s staff is drawn to work out of a desire to help others, express their creativity, and support an important societal cause. “It’s a tremendous workforce, but it’s a challenged workforce. The job that our workforce does is not a minimum wage job. Our workforce needs to earn more money than that, and we have been staunch advocates in Albany to ensure that we have the money necessary to pass along those dollars to our workforce.” 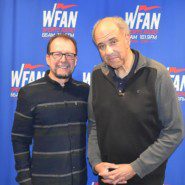 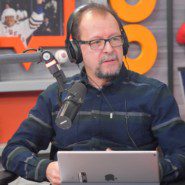 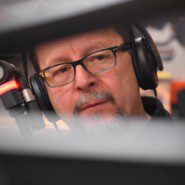