Students from AHRC New York City’s Melissa Riggio Higher Education Program (MRHEP) did not let the disruption in their semester affect their joy during remote graduation ceremonies over the past few weeks. Staff mentors, program leaders, and family members joined together from their homes to recognize the achievements of the graduates at Kingsborough Community College (KCC), Hostos Community College, Borough of Manhattan Community College (BMCC), and the College of Staten Island (CSI). MRHEP is run in collaboration with the City University of New York (CUNY).

“It has been an absolute honor to be a passenger on your journey to adulthood,” said Jessica Giorgio, Program Director for MRHEP at CSI and Hostos, to graduates during the Hostos virtual graduation. “You each are an inspiration. You all have touched so many lives and are part of the fabric of the Melissa Riggio Higher Education Program’s legacy. You each took classes with professors that were new to the program that continue to work, and request to work, with us today because of your presence and participation. Due to that you have opened doors and paved the path for others, and for that I thank you.”

AHRC NYC and CUNY leadership submitted video messages to be shared with the graduates. “If we’re lucky, life is full of beautiful transitions—birthdays, weddings, graduations such as this,” said Marco Damiani, CEO of AHRC NYC. “These are times when we have the ability to pause, be joyful at what we’ve accomplished, and to recognize the incredible contributions that we make to each other’s lives. Nelson Mandela said that ‘Education is the most powerful weapon you can use to change the world.’ You’re changing the world by persevering, by working your very best, by making friends, and by showing the power of difference, diversity, and the effect they have on making the world a better place.”

Steve and Laura Riggio’s late daughter, Melissa, is the namesake of the program. They thanked the graduates for fulfilling Melissa’s goal of experiencing higher education. “We know that entering the MRHREP was an achievement in itself, but to graduate is something truly extraordinary,” Steve and Laura said. “When AHRC founded the program more than 10 years ago, we had a hope, we had a plan, and we had a dream. Each and every one of you represents the fulfillment of that dream, but more importantly, you are paving the way for another generation of young adults to follow in your footsteps.”

Killian McMahon studied film at KCC. “When I first attended the MRHEP, my expectations were moderate, because I was not sure how hard college classes would be. I felt calm when I realized it wasn’t so bad, and I did my classes well,” Killian said. “Luckily, I was guided by good, kind-hearted classmates and mentors who made my time in the program easier.”

“We all learn something from the places we have been,” said Jaquelin Cotto, a Hostos graduate. “Some of those lessons teach us something important that is not easy to forget even with time has passed. What I have learned at Hostos is meeting new people and opening myself to new things and adventures. I have earned life skills and of course, a connection with my everyday personality.”

In reflecting on his years at Hostos, graduate Keith Blackman said “It does not matter that college is hard because it is not about knowing, it is about learning. I can do hard things and I did that by earning it with bravery, boundaries, courage, courtesy, dignity, discipline, honor, independence, intensity, integrity, loyalty, self-esteem, trustworthiness, and respect. And most of all, I want to thank the Riggio Family for giving me the honor of paying my respect to their daughter Melissa Riggio and the family and to prove to myself that I can do better.” 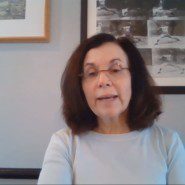 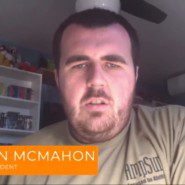 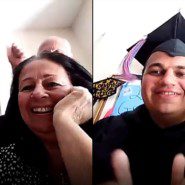