The 39th Annual Thurman Munson Awards Dinner honored five local athletes, two dedicated partners of the AHRC New York City Foundation, and the legacy of one of New York City’s most beloved sports stars, Thurman Munson. On Tuesday, February 5, hundreds gathered at the Grand Hyatt New York for the dinner, which raised nearly $800,000 for the Foundation.

Sharing in the Mission of AHRC New York City

The dinner was preceded by Diana Munson, her daughter Kelly, and family friends visiting two AHRC NYC-operated programs at West 56th Street—Esther Ashkenas Central Park Early Learning Center, (ELC) and the Walter and Evelyn Redfield Center. The Munsons received a tour of the preschool by Principal, Beth Rosenthal, and by Witemberg Cabral, Facility Director, and Maria-Mercedes Hubbard, Community Support Supervisor of the Redfield Center, which supports adults with intellectual and developmental disabilities. The Munsons were joined by AHRC NYC Foundation staff members and by Marco Damiani, AHRC NYC’s CEO. 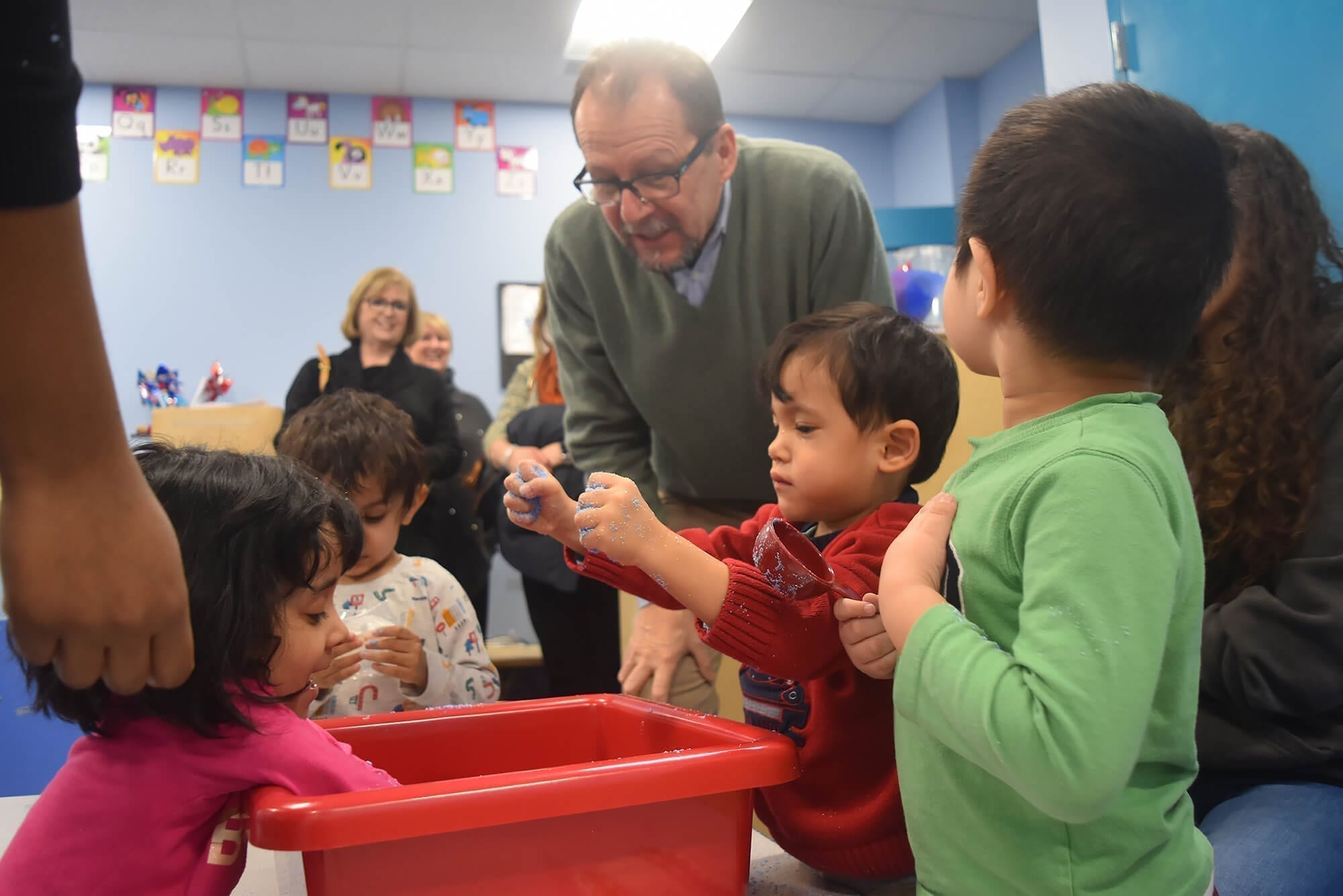 At Central Park ELC, the Munsons learned about academic and behavioral strategies used by teachers to work with the children. They observed several classrooms in action, visited the indoor playground on the second floor of the building, and joined in a music therapy class. Children at the school eagerly interacted with all of the guests. 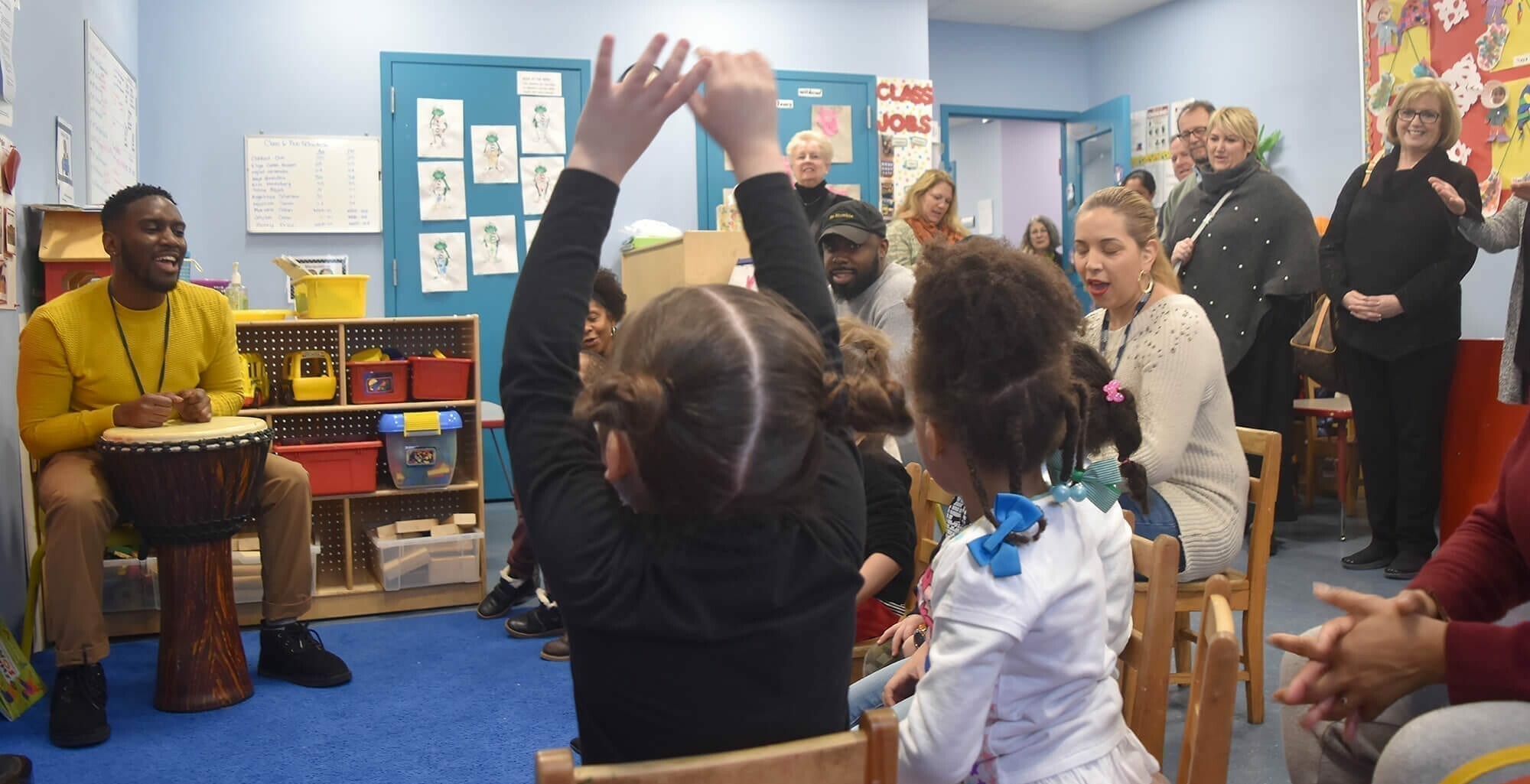 Downstairs at the Redfield Center, the group was treated to a three-song performance by members of AHRC NYC on Broadway who were rehearsing for their upcoming Valentine’s Day show. Blanca Colon displayed some of the recent art projects she had been working on. Finally, Martin Neal sat down with Diana Munson for a brief interview that appeared on the WKRTM podcast.

When Martin asked why Diana was visiting the program that day, she responded, “We do a dinner every year to honor my husband, who was Thurman Munson. AHRC has become very important and dear to my family, and obviously to all New Yorkers. We’ve raised a lot of money and sometimes you just want to know where the monies are going. So I was doing a tour today to get to know some of the people and see some of the good works and meet some of the teachers and see the happiness and enthusiasm. I’ve seen it all; I’m quite impressed. It’s been gratifying to know that all the money that we’re raising is going for these wonderful causes.” 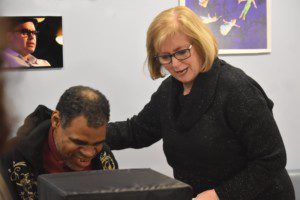 Diana Munson thanks Maritn Neal after recording the WKRTM podcast

Martin then invited Diana to pick a song to be played as the podcast’s closing music; she was touched when he chose a song from her favorite band, The Spinners. Diana also said she looked forward to reading Martin’s original book “My First Time on Broadway,” in which Martin expresses the feelings he has had while performing musicals with his cohorts from AHRC NYC on Broadway.

“It’s Pretty Special to Me” 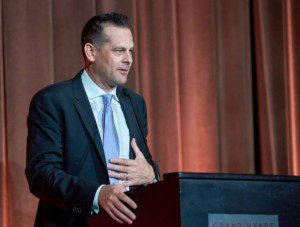 “It’s really neat for me,” said Aaron Boone, according to an MLB.com article. “Growing up in this game, Thurman Munson, being the superstar that he was in the Bronx and helping the Yankees win championships, this is in my hot zone. [He is one of the players] I grew up idolizing, wanting to be like. To be here as a manager, accepting an award with his name on it is pretty special to me.” 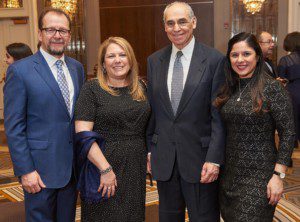 “Over the past decade, Alliance Building Services has hired over 200 individuals supported by AHRC New York City,” said Gary Green. “We should never forget that as part of the business community of New York City it is our responsibility to provide jobs for these individuals. We are thrilled to make a difference.”

The dinner is named for Thurman Munson, catcher for the Yankees for 11 seasons from 1969-1979. He served as captain of the team from 1976 until his tragic death in a plane crash on August 2, 1979. Munson was a well-respected leader throughout Major League Baseball, won the MVP Award in 1976, and was an exceptional postseason performer. Michael Kay, the play-by-play voice of the Yankees and the MC for the dinner, made the case that Thurman should immediately be inducted into the Baseball Hall of Fame, which was greeted with rousing applause. 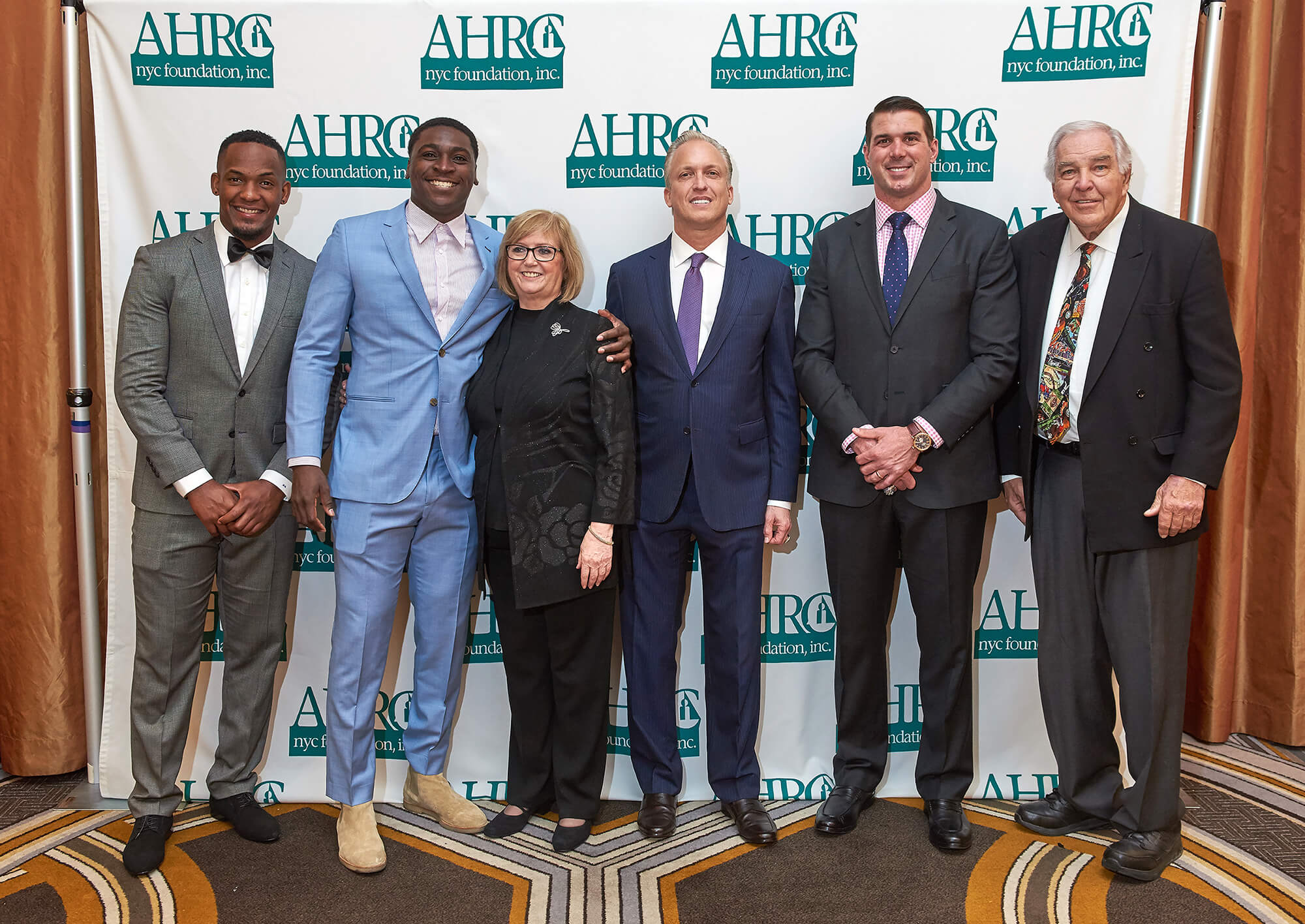 “[The dinner is] going strong after 39 years,” Mrs. Munson said. “What an honor for Thurman. What a wonderful way to honor his legacy by doing so many good works. I toured some facilities and I saw the classrooms and the workshops. I see where the money goes. It’s so touching and it means so much to our family. What a good way to honor Thurman and what a wonderful way to help all the individuals.”

Miguel Andújar, a rookie sensation in the 2018 season, announced that he would be directing the $20,000 non-profit grant he received from winning the MLBPA Rookie of the Year Award to the AHRC NYC Foundation. “Last night I was blessed to receive the Thurman Munson Award from @AHRCNYC,” he said on Twitter the following day. “It was an honor to be in the same room with people who on a daily basis assist those who need a helping hand. Thank you to @AHRCNYC for the award.”

Make a Difference for People with Disabilities

Read more and watch videos from the event in the article links below!