Without Walls: Performance is What Really Matters to Anthony

Anthony greets those he meets with a huge smile, strong handshake, and no hint of shyness!

Anthony began his journey with AHRC New York City at age 3, attended AHRC Middle / High School and upon graduation, he began his post-school life at AHRC NYC’s Day Hab Without Walls in Queens, New York where he lives with his family.

Anthony, together with the Community Support Professionals, (CSPs,) he spends his days with, have over the last two years fashioned a busy and full life. His days are made up of many of the activities in which Anthony loves to engage, as well as new activities that will help him meet the goals he has set for himself. These activities are carefully mapped out on a Google calendar every week by Anthony and his CSP because ordering his week visually really matters to Anthony.

Anthony loves music and sings in a band, the Futures that he put together with friends from AHRC NYC Day Hab. The son of a musician, Anthony has, by his own telling, been surrounded by music his entire life. 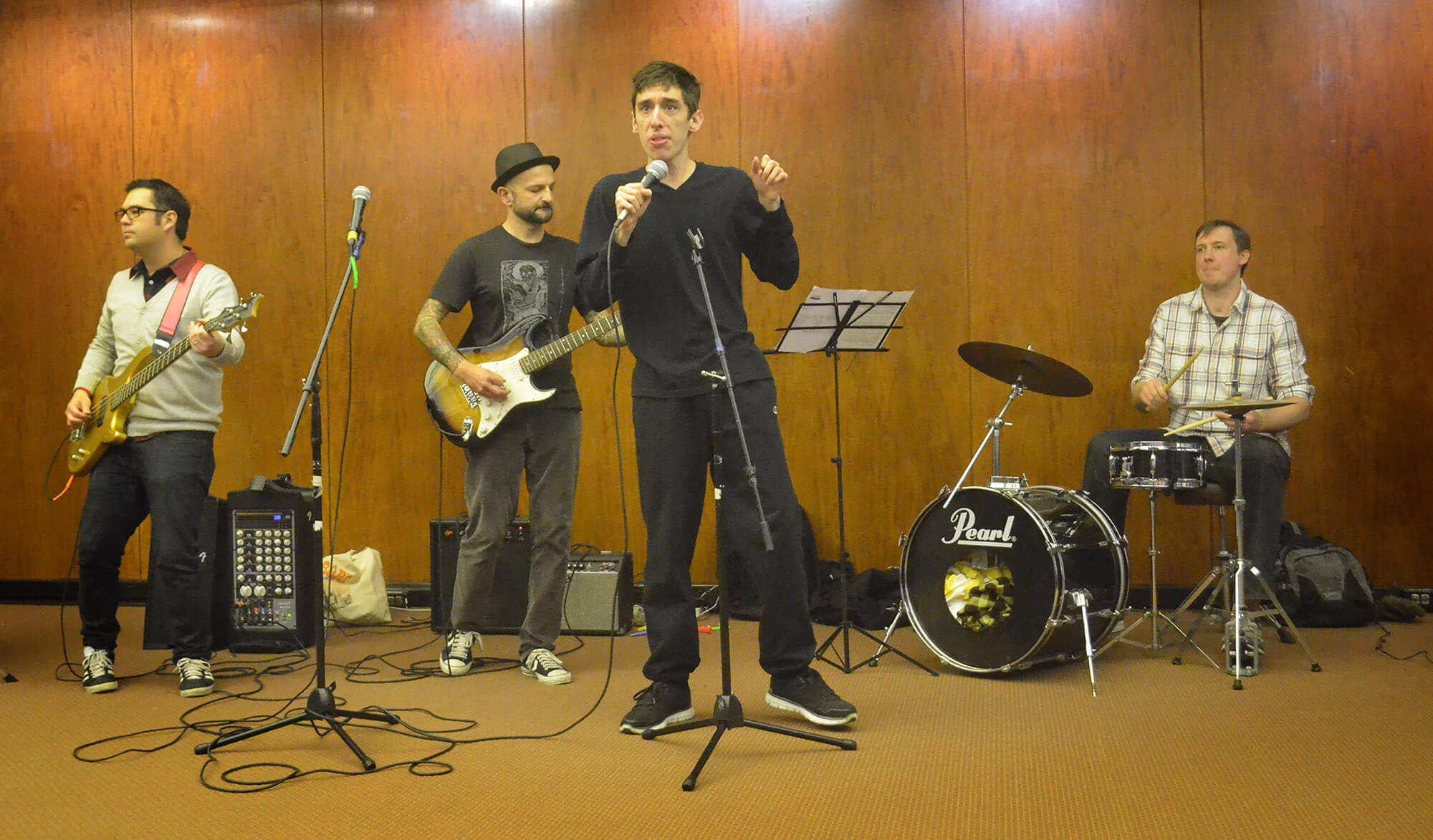 Anthony and the Band

He can sing many popular songs, jazz greats, and Boy George among others. Anthony is a performer, loves to be in front of an audience and has been given the opportunity to do this many times. He also volunteers at the National Jazz Museum in Harlem where he greets visitors, welcoming them he says, to the music of Louis Armstrong and Ray Charles! He is hoping this will become part-time employment.

When asked if he is content with his life, Anthony says “happy, happy” with a smile that says it all!