On the evening of Saturday, May 3, 2014, people from throughout the five boroughs of New York City came together to celebrate the 65-year legacy of quality services and support provided by AHRC New York City, to people with intellectual and developmental disabilities, as well as to honor those who have helped to make those supports possible.

The evening opened with a welcome to guests from Master of Ceremonies, Max Darwin, and Dinner Chairperson and AHRC NYC Board Member, Meri Krassner. 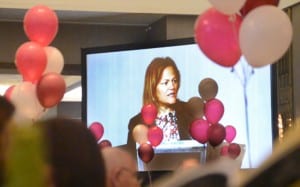 “Tonight is extremely special and rewarding because it is a testimony to how organizational leadership, direct support professionals, caregivers, and people in organizations that serve work as a collective to send a strong message to New Yorkers about the all-important work of AHRC in the 65 years since its inception,” said District 8 New York City Council Speaker, Melissa Mark-Viverito, who joined as a special guest of the event.

“New York has a long and proud tradition of providing high-quality support to people with developmental disabilities. We have succeeded because of partnerships among families, non-profit providers, and government,” said AHRC NYC’s Executive Director, Gary Lind.  “And so it’s in that spirit that we recognize the leadership from Senator Carlucci, the professional accomplishments of Mark Brandt, and the fierce dedication of Dorothy Stone.”

Laura J. Kennedy, President of the AHRC NYC Board of Directors, presented the Humanitarian Award to the first of the evening’s honorees, New York State Senator, David Carlucci.  As Chairman of the Senate Mental Health and Developmental Disabilities Committee, Senator Carlucci fought for the restoration of critical funding for the Office of People with Developmental Disabilities, and the non-profit service providers that assist our most vulnerable residents. 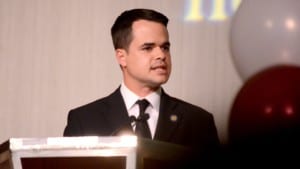 “It is an absolute honor and a privilege to be here with everyone tonight,” said the Senator.  “I’m so humbled to receive this award, but really, this award belongs to each and every one of you in this room… Last year when we were posed with those tremendous [funding] cuts to people with disabilities, it wasn’t me in the Senate that delivered results.  It was all of you who said ‘Enough is enough!  We’re not going to balance the budget on the backs of people with developmental disabilities.’  You stood up and made it happen.”  Senator Carlucci continued, emphasizing the important role that Direct Support Professionals play in the lives of people receiving services, calling them “the backbone” of our field, and asserting the importance of recognizing their contributions by providing them with a long-needed cost of living wage adjustment.

Marc Brandt has been the Executive Director of NYSARC Inc. since July 1982.  Prior to this, he served as Executive Director of the Sullivan County Arc from 1971 to 1982.  Without Marc’s efforts, many of the services that exist today would not be possible.  For his years of service and leadership, Marc was thanked with a beautiful drawing created by artist, Rayed Mohamed.

AHRC NYC Board Member, Dorothy Stone, became an advocate in 1960 when her son Howie was born with multiple handicaps.  Along with her husband Bill and other parents, Dorothy insisted on access to schools, day camps, respite, residential, and day services for people with disabilities.  For these reasons, and for her years of voluntary advocacy, Dorothy was presented with the AHRC Anne Kraus Award.

AHRC NYC Board Member, Dorothy Stone with her son, Howie

“It’s an honor to receive this prestigious award,” said Dorothy.  “I’m following in the footsteps of so many outstanding recipients, including my husband, Bill… Whatever accomplishments I have achieved were inspired by the needs of our son, Howie, to enable him to perform to his greatest potential.”  Through her years of advocacy, Dorothy has been recognized with countless awards and honors and continues to fight for the rights of people with disabilities, so that they may lead lives of fulfillment.

The dinner featured the premiere of Amazing Lives, a new short film produced by AHRC NYC’s Public Information Department, which highlighted people who receive services through AHRC New York City programs as they work to achieve their personal goals.

AHRC New York City thanks the event guests and honorees of the 65th Annual Dinner, as well as the dedicated staff who worked to make the evening so enjoyable. 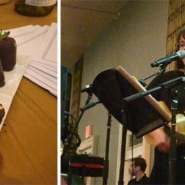 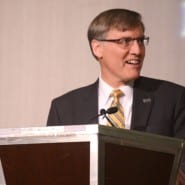 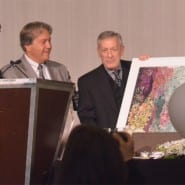 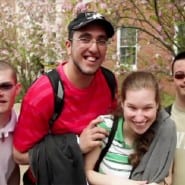