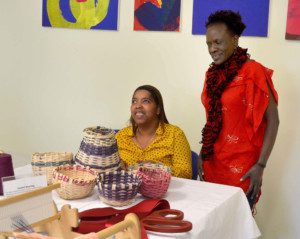 Creative arts have always been an important component of AHRC New York City’s services. From exhibitions to design contests and everything in between, art serves as an indelible method of communication for countless people with intellectual and developmental disabilities.

Now, AHRC NYC is excited to begin a new chapter in bringing the joy of artistic expression to people with disabilities and the community at large with the opening of ArTech at the Howie Stone Day Services in the Bronx. ArTech was made possible through a generous grant from Senator Jeff Klein and New York State.

“Art is something that’s very important for everyone, especially this community,” Senator Klein said at the grand opening ceremony, held on November 17th, 2016. Senator Klein said he was inspired to help by the center’s namesake, the late Howie Stone and the Stone family, including Howie’s father and AHRC NYC Board Member I. William Stone, his mother, Dorothy Stone, and his sister, Linda Schwartz.

“Over the years, you go through an education process and sometimes you’re very lucky to know special people who educate you on certain issues,” Senator Klein said. “I know Howie is smiling today because through him and everyone here, his dream has become a reality.”

A Celebration of the Arts

ArTech is a place for artists of all kinds and abilities to create and express themselves through a variety of mediums. In addition to traditional styles such as painting, weaving, and photography, ArTech lives up to its name by introducing innovative technology such as virtual reality, 360-degree video recording, Eyegaze, drawing tablets, and more. 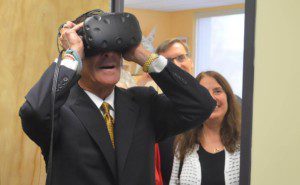 “The technology team worked with the program staff to come up with an array of technology that would accommodate different disabilities and help people express themselves in many ways,” Philip Proctor, Director, Individual Technology Strategy, said. “It was important to us that people could access many different routes of self-expression. We identified 3 different areas all of which could be used together or independently from one another. We created a digital art space, photography and videography studio, and a virtual reality art lab.”

“This is a celebration of the arts, the people we support, and this vibrant community in the Bronx,” Gary Lind, Executive Director, said. He added that ArTech will serve as “a multi-functional art space at its best, both continuing the artistic talents and dreams of people with disabilities, the local community, and artists that are here.”

Howie Stone was an accomplished artist in his own right, and his passion inspired those closest to him to continue supporting artists with disabilities. 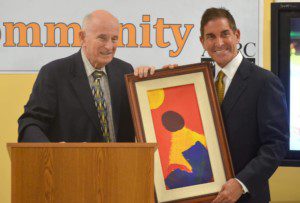 “It was Bill Stone’s idea for this center,” Heather Gazzaley, Associate Director, Day Services, said. “Howie was an artist with significant disabilities, and we wanted to create a place where other artists like him could thrive.” Working together with the Stones, Harriet Golden, Director of Day Services, wrote the grant proposal that ultimately made this dream a reality.

“This is a particularly moving event for me and my family,” Dorothy Stone said. “The center was inspired by the needs of our son Howie and other like him, those with complex, multiple challenges.”

Mrs. Stone highlighted the fact that the technology in the new art center will provide opportunities for inclusion not seen before. “It will enable those with the most severe challenges to participate fully,” she explained. “I quote Howie often, as had phrases for every situation. Today, he’d say ‘If you have to, you have to,’ which meant anything you want to accomplish is possible.“ 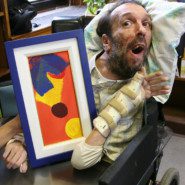 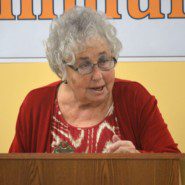 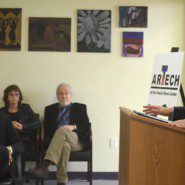 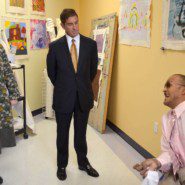