Over two dozen people receiving support from AHRC New York City programs were afforded the opportunity to attend a day-long job skills workshop hosted by Oppenheimer Funds, one of the leading asset management firms in the world. People from AHRC NYC’s Employment and Business Services in Manhattan and Brooklyn as well as Project SEARCH students from Queens gathered at Brookfield Place, where Oppenheimer Funds is based.

Providing Resources to Workers with Disabilities

Steve Barbesh, an Oppenheimer Regional Advisor Consultant, said that the firm’s Chairman and CEO, Art Steinmetz, has made corporate partnership an important focus for the company’s employees. “Not only do we have business resource groups (BRG) for people with disabilities, we have a military BRG, a women’s BRG, an LGBT BRG, and others.” Steve has a brother with severe visual impairments and it has inspired him to help people with disabilities in finding successful careers. 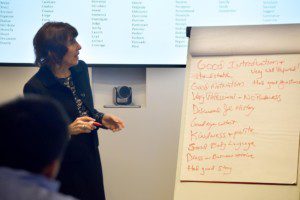 Oppenheimer’s relationship with AHRC NYC began last year during National Disability Employment Awareness Month, which is recognized each October. Steve said they connected with Karen Zuckerman, Director of Community Partner Engagement, and the relationship has continued since then.

“Last year we formed a relationship with Karen and AHRC NYC and did an event similar to this at the New York Public Library. Most of the people here are in the midst of beginning their careers and are looking to create resumes if they haven’t already created them and present themselves at an interview,” said Steve.

The day began with a tour of Oppenheimer’s headquarters and an icebreaker activity. Then, Thomas Wilson, Senior Vice President and Head of Talent Acquisition, went over key resume tips to ensure that an employer’s first impression is a positive one. Small groups were formed to review current resumes and offer suggestions for improvement. 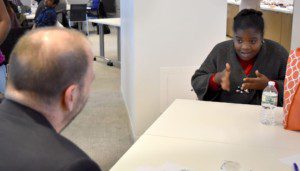 After a lunch break, Oppenheimer employees held two mock interviews, one definitively unprofessional and one completely appropriate, and then asked their guests to highlight the qualities that differentiated the interviews. Important qualities, they highlighted to ensure a successful job interview:

Dominique Clark of EBS -Brooklyn has previously worked in retail settings but is looking to branch out to an administrative role. She has previously attended similar workshops. “They talk about what kind of jobs we want. They ask you why we would be good at our jobs,” she said. Dominique then highlighted what she felt were her best job skills. “I like to work as part of a team and I’m organized. I like to get to work on time.” 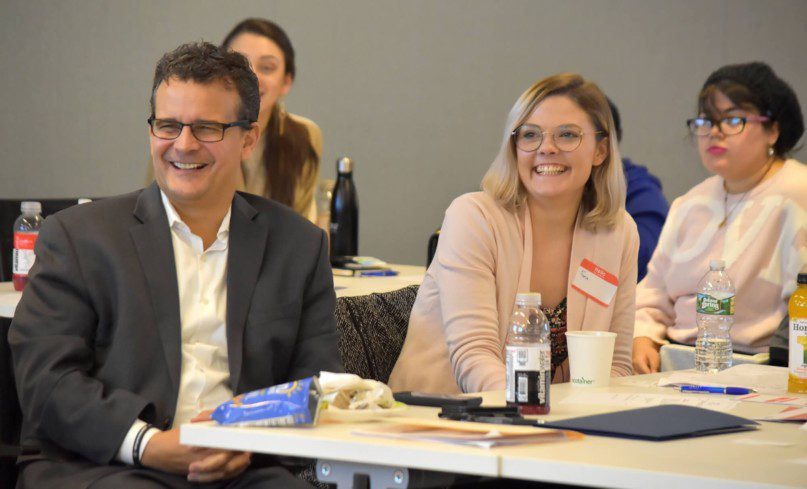 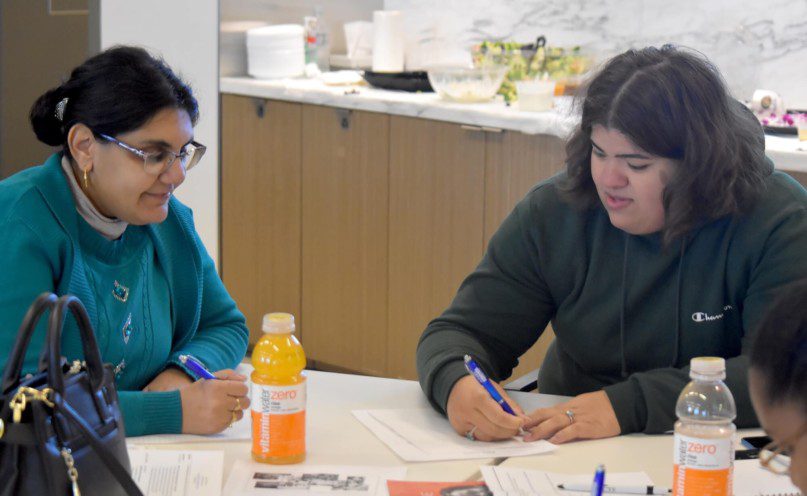