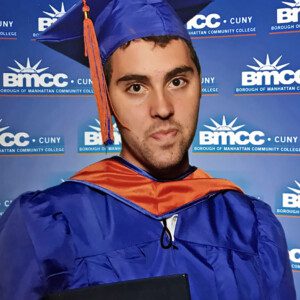 Graduating from college is becoming a goal for many young adults with autism. The Spring 2022 edition of Autism Spectrum News features an article about Sam Wilkinson, a graduate of AHRC New York City’s Melissa Riggio Higher Education Program (MHREP) at the Borough of Manhattan Community College, who also matriculated at Hunter College. He’s spent the last six months studying to become certified as a teaching assistant, preferring to work with elementary or lower middle school students.

“Even if you’re on the spectrum, it doesn’t mean your life has to be a downhill slope,” Wilkinson said. “There are a lot of people who have made disparaging comments to me in the past, such as ‘if you’re on the spectrum in any way you don’t have prospects for the future.’ You were believed to be headed for one of the most dead-end jobs in the world.” He said people with autism could run the paper shredder in the office, but not the copy machine, because that was too complex, requiring more than three steps.

“I just hope I’m not the last person to prove these people wrong,” he added.