The 73rd Anniversary Celebration | Emerging Stronger Than Ever 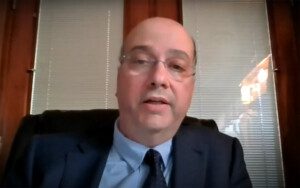 Raymond Ferrigno,
President of AHRC NYC’s Board of Directors

AHRC New York City’s 73rd Anniversary Celebration carried the theme of “Emerging Stronger than Ever,” recognizing the perseverance and commitment of every AHRC NYC stakeholder after the most challenging two years in memory.

“I’m certain that people gathered at the first annual dinner had no idea that what they started would grow to be this amazing organization, bigger and stronger than ever,” said Raymond Ferrigno, President of the AHRC NYC Board of Directors. “While seven decades have brought us needed change, our work is far from finished. We continue to stretch our imagination in ways that would surely make those founding parents proud.”

“Every annual dinner held by AHRC NYC has been a celebration of who we are and what we do, and every year our collective community acknowledges that there are no boundaries to what people with I/DD can accomplish,” said Laura Kennedy, AHRC NYC Board Member. 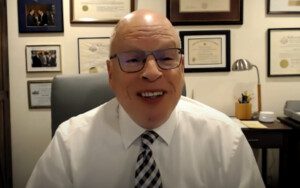 She introduced this year’s Anne Kraus Award recipient, longtime Board Member, government professional, and parental advocate, Angelo Aponte. He was described as “a great champion of the organization whose vision inspires us to continually grow and improve.” 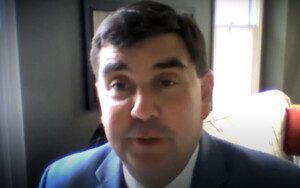 The evening additionally honored New York State Senator John W. Mannion, Chairman of the Senate’s first Standing Committee on Disabilities, with this year’s Humanitarian Award. Sen. Mannion, a parent of a young man with autism, has been instrumental in securing much-needed and long-overdue funding for New York’s I/DD providers.

“We have to make sure there are always opportunities for people with disabilities,” Sen. Mannion said. “This is the mission that chose us—we are in this world to make sure that our family members and others have the supports they need. That’s why it’s so easy to fight together for the things they deserve.”