The staff of AHRC New York City devote a great deal of time and energy encouraging the men and women we support to speak out on behalf of themselves and to make their voices heard. Could there be a more important statement of self-advocacy than exercising our right to vote? Not according to Ruppert Towers IRA resident, Peter Van Reepinghen.

With the support of AHRC NYC staff, Peter, a registered voter, went online to locate the Early Voting Polling Place in his voting district and made it clear he intended to put on his mask, maintain a social distance, and vote!

Although discreet about his specific choice for supporting a political party or Presidential candidate, when asked, Peter proudly replied that he: “Voted for the Good Guy!”

Peter knows that standing up for what you believe in matters.  Let his actions shine as an example to us all in this election season and beyond. 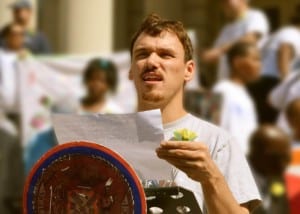 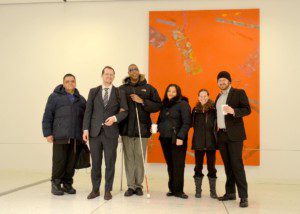 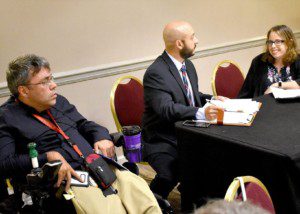 Self-Advocates Are Fighting for Better Public Transit in…