Raymond Ferrigno Announced as President of AHRC NYC Board of Directors

AHRC New York City is pleased to have Raymond Ferrigno serve as the new President of the Board of Directors. Ray has served on the Board since 2009. Moved by a desire to understand better and support the needs of his son, Nicholas, Ray became involved with AHRC’s Brooklyn Blue Feather Elementary School in Brooklyn, where Nicholas was a beloved student. Ray was impressed with how AHRC NYC answered the growing need for educational programs and how it developed a middle/high school program to transition students from Blue Feather elementary school. Enormously grateful for the forward-thinking and proactive work of AHRC NYC, Ray became increasingly involved during Nicholas’ time at the Middle High School. He has previously served as a Vice President of the Board.

Ray has both a BS and MS from Brooklyn College and a professional diploma in educational administration and supervision from Fordham University. He has taught Physics for 26 years. Ray is married to Margaret, his wife of over 30 years, with whom he has two beautiful children, Juliette and Nicholas.

Sharyn Van Reepinghen steered the Board of Directors and AHRC NYC through a generational public health crisis while remaining a critical, fierce advocate for AHRC NYC’s programs. Sharyn became President of the Board in 2018. During her tenure she multiple lobbying trips to Albany and Washington DC to speak directly with legislators about how they can support people with intellectual and developmental disabilities, including her son Peter. Sharyn provided stable, compassionate leadership during the COVID-19 crisis, which her colleagues greatly appreciated.

“During a time of shrinking resources, and a global pandemic, Sharyn has been a steadfast leader bringing compassion, vision, and a spirit of collaboration to her tenure,” Ray said. “Sharyn has been an extraordinary mentor and role model for each of us.”

We thank Sharyn for her three years as President, and we welcome Ray to his new position and look forward to his tenure. 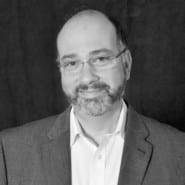 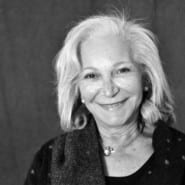