Seventy years ago, a young mother changed the world when her newspaper ad brought dozens of families together in the hopes of providing a better life for their children with developmental disabilities. On April 13, 2019, Ann Greenberg’s legacy was celebrated alongside seven decades of history at AHRC New York City’s 70th Annual Dinner, held at the Grand Hyatt New York in midtown Manhattan.

“We are here to applaud and honor the rich history of this organization,” said Jeanne Sdroulas, Financial Secretary for the AHRC NYC Board of Directors and the Chair of the 70th Annual Dinner committee. “We want to celebrate the achievements and progress that help create richer and more inclusive lives for those we serve. We will continue to raise the bar as we move forward into the future.”

Honorees at the 70th Annual Dinner

George Oliphant of NBC’s George to the Rescue received a Humanitarian of the Year Award for renovating two rooms at AHRC Fisher Day Center. “The only way the world gets better is by working together and taking care of your neighbors. The Fisher Center really embraces the people that they work with and their potential. They do an amazing job of pulling that out,” George said.

Another Humanitarian of the Year award recipient, Greg Costa, the Director of Operations for Levy’s Restaurants at T-Mobile Arena, worked with AHRC NYC’s Employment and Business Services to employ people with disabilities at the Barclays Center. “With privilege comes responsibility,” Greg said. “I get to work with great organizations like AHRC and with great people like Steve Towler and Shauna Lozada. I have the best job in the world.”

New York Post reporter, Jane Ridley received the AHRC NYC Media Award for her story on the 70th anniversary of Ann Greenberg’s ad in the paper. “I’m a mother myself and I was just especially moved by this groundswell of devotion and persistence that this group of parents had harnessed to bring together the organization,” said Jane. “I’ve got nothing but admiration for this organization; the more I’ve learned about it, the more impressed I’ve been.”

Finally, parents Elly Rufer and Meri Krassner were honored with the Anne Kraus Award for their advocacy work through NYC FAIR. “We are honored that AHRC is recognizing us because we [at NYC FAIR] have deliberately detached from providers. But it is wonderful to know the providers acknowledge the need for an independent voice, and that is truly impressive,” said Elly.

Marco Damiani, CEO of AHRC NYC, saluted the organization’s rich history in leading the charge for social justice for people with I/DD and their families. Ruschell Boone of NY1 returned to MC her third consecutive dinner, stating “This organization has really opened my eyes to a whole new world. It takes special people to keep this going and I salute you all tonight.”

Thanks to everyone who attended the 70th Annual Dinner, and extra thanks to the staff members and volunteers who made it run so smoothly! 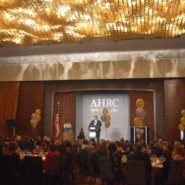 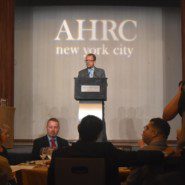 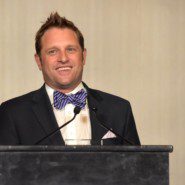 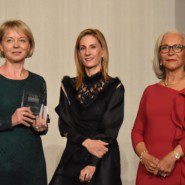 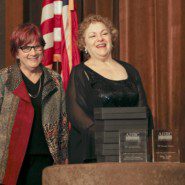 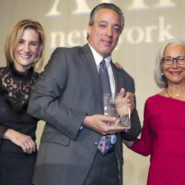 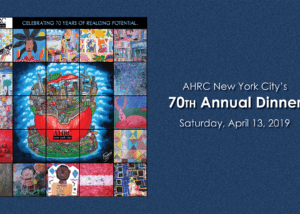 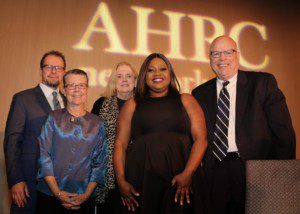 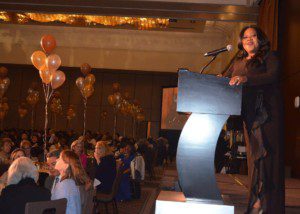 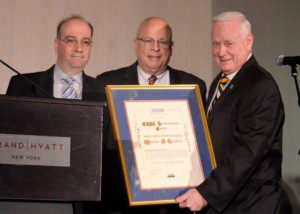 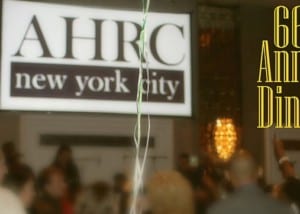 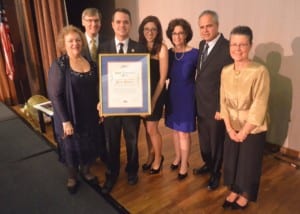