On February 9, 2016, AHRC Middle/High School (MHS,) students began a collaborative project with students from Pace University, which was created to emphasize community engagement and technology-based programs.

About the Partnership between AHRC NYC and Pace University

The semester-long partnership between the students of the two schools has been active since 2011. Initiated by Dr. James Lawler, Professor at Pace University’s Seidenberg School of Computer Science and Information Systems, and AHRC NYC Board Member, Dr. Marilyn Jaffe-Ruiz, it was an outgrowth of a similar project that paired Pace University students with adults who receive services through AHRC NYC’s Day Services, which has been active since 2007.

Our supports utilize a person-centered framework in which people who are receiving services define what they want, and AHRC NYC staff members support them as they contribute, participate, and become valued members of the community. This framework extends to the Pace University partnership, as each Pace student is paired with a student from MHS to create a collaborative presentation based on the strengths, preferences and unique needs of their partner.

The project allows the MHS students to develop new relationships, access their local communities, learn new technologies, use their creativity, and practice their presentation skills.  These skills are increasingly important in the lives of the MHS students, as they near the end of their school-age program and prepare for their transition into the adult world.  The project also provides the university students with a greater understanding of people with intellectual and developmental disabilities as they make new friends and work together with their partners to create their presentations.

On May 10, 2016, the collaborative project will culminate in presentations that will be made by the students of the MHS at AHRC NYC Headquarters. During these presentations, the Middle High School students will use the new skills they have learned to share their own stories and interests to others participating in the project, as well as family members, AHRC NYC staff, and other invited guests.

AHRC NYC wishes the students well as they continue their collaboration, and we thank Dr. Lawler for his continuing work and support of students and adults with intellectual and developmental disabilities. 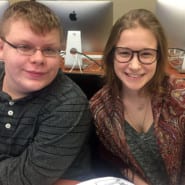 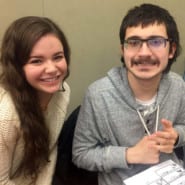 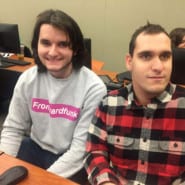 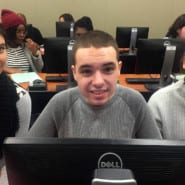